Identifying the dead in New Orleans will be a daunting chore, say medical experts. Bodies will be bloated, decomposed and difficult to distinguish from corpses washed from cemeteries. 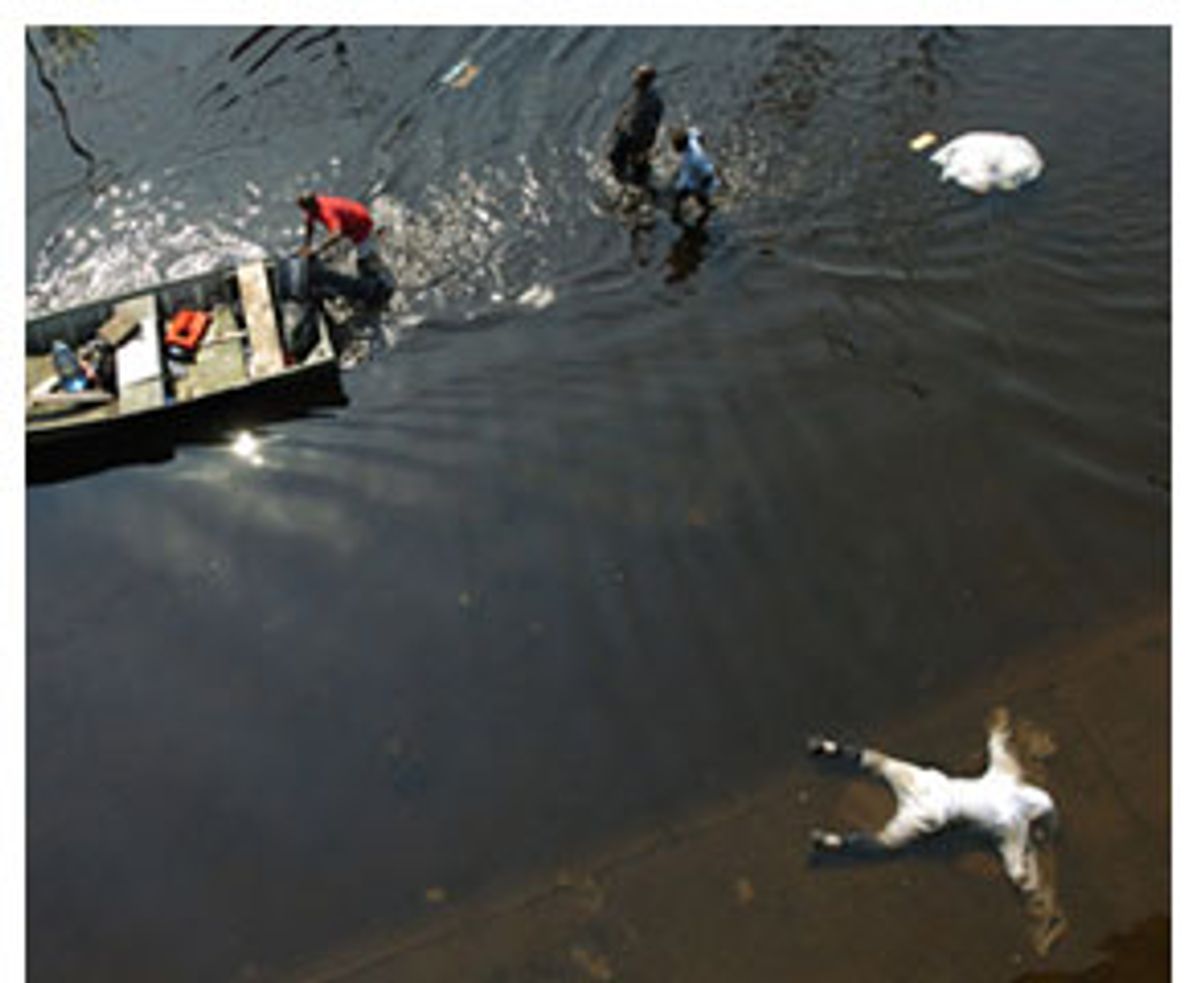 The corpses floating in the tepid waters that flooded New Orleans will be grotesquely decomposed and difficult to identify, say mass-fatality experts. The macabre process of finding and identifying the dead, which may not begin for three weeks, presents the experts with a challenge as daunting as the one in New York after 9/11 and Southeast Asia after the tsunami.

"The bodies will be essentially unidentifiable," says Barbara Butcher, director of medical legal investigations at the Office of the Chief Medical Examiner in New York. "The heat and water will result in decomposition after only two or three days."

What will the bodies look like? "You don't want to know," says Butcher, who worked to identify victims at Ground Zero and in Southeast Asia. "It is really, really awful." Because fingerprints will be obliterated, officials may have to extract DNA from deep bone tissue to identify victims. "All I can say is this is going to be a very unique challenge," Butcher says. She is headed to the Gulf Coast soon.

Nobody knows how many corpses are floating in the streets of New Orleans or scattered across the broader disaster zone. Sen. David Vitter, R-La., said Friday that while he is not basing his estimate on any official count, the total number of deaths in Louisiana "will start at 10,000." New Orleans Mayor Ray Nagin said earlier this week that there are a "significant number of dead bodies in the water," that "most likely" number in the thousands.

Even if experts obtain DNA samples from the corpses, it will be difficult to locate a DNA match to a blood relative. "I won't say it's going to be impossible," Butcher says. "But when you get DNA from a dead body, what are you going to compare it to if their hairbrushes and toothbrushes have washed away? What do we compare it to? If their relatives are far away, what do we use? DNA is only useful when you have a known comparison group."

The complications don't stop there. Flooded graveyards in New Orleans may have discharged their dead into the morass. If those corpses stray from their coffins and float away from graveyards, forensic teams expect to have quite a puzzle on their hands.

Contrary to press accounts, the bodies floating in New Orleans don't pose a health risk. "Dead bodies don't spread disease," Butcher says. "It is aesthetically disgusting and psychologically damaging, but the real danger is people walking in human sewage. Feces are loaded with bacteria. The dead no longer give off anything as virulent." Butcher says the myth that the dead rapidly spread disease "is sort of common wisdom, and common wisdom is often wrong."

The task of finding, recovering and identifying the dead will mostly fall into the hands of disaster mortuary operational response teams, or DMORTs. The teams are made up of more than 1,000 volunteer medical examiners, coroners and other experts from across the country, operating under the authority of the Department of Homeland Security. A DMORT team helped identify remains in New York after Sept. 11. They work at plane crashes and natural disasters.

All of the DMORT volunteers have been put on alert since Katrina, says Alan Clark, a team member from Beaver, Okla., who helped at Ground Zero. Clark says he does not know what to expect when he gets to the Gulf Coast, but that bodies could be spread across a 90,000-square-mile disaster zone.

In New Orleans, the condition of the bodies will depend on a series of factors, including weather and the level of contamination in the water. Clark says one of the problems is that in the chaos that follows a disaster, authorities receive multiple reports of missing persons and some of those people are alive. That makes the whole identification process tough. He suspects that in New Orleans, the teams will come across murder victims among the dead.

In many cases, identification processes will be tough and time consuming. In other cases, some of the dead will still have their driver's licenses in their pockets. Either way, he says the DMORT teams are utterly dedicated to finding and identifying every body so the dead can be delivered back to their families.

"My guys are ready to go whenever they need us," Clark says. "I think these folks are dedicated to do what is right to get those bodies back to the families."

In the meantime, Butcher is angry at how people are not getting the help they need in New Orleans. "I am personally appalled," she says. "I am enraged over the way the living are not getting appropriate care. The less care the living get, the more dead we will have to handle."