The ambulance guys lament bureaucratic red tape as the Quarter's famous Dr. Lutz stops by the bar to debunk a few myths about mosquitoes. 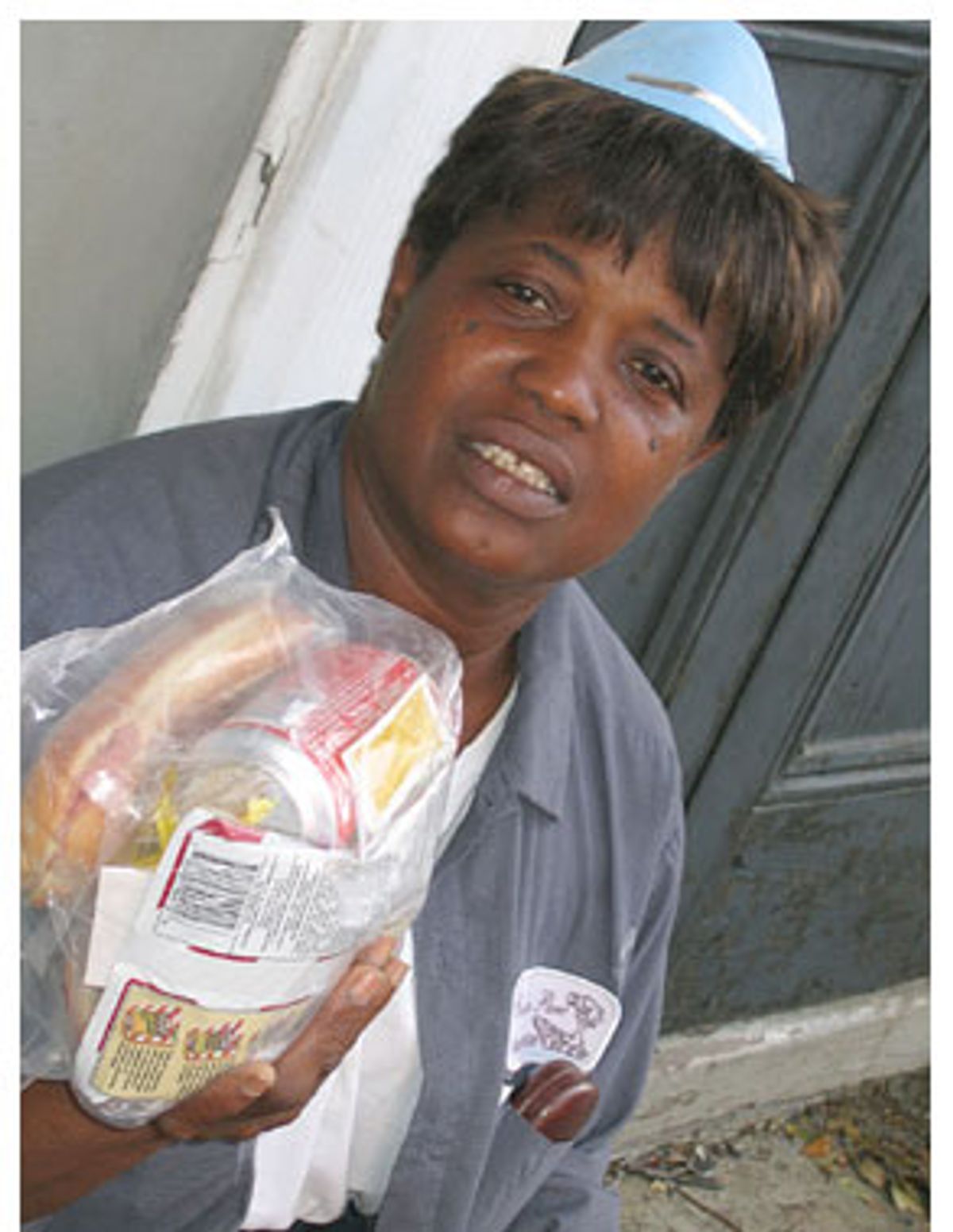 Ty bought an ambulance this morning. For a buck.

"Me and Ashley were hanging out with the EMS crew on Dumaine Street last night, playing some music for them, and the 82nd Airborne guys came out and danced with us," he said. A native Mississippian who's lived in the Quarter for years, where he buys and sells art, Ty stepped into the back of his new ride.

"We had a boombox on the balcony and we were all out there jamming, having a good time, and we mentioned how we don't have a car because some of our friends got worried about the situation and we gave them our Volvo and they took off to Indiana. So they just handed me the keys to one of their ambulances. Said they were going to scrap it anyway. They got a fax from their head office today and just signed over the paperwork. We put down that I purchased it for one dollar, and they wouldn't take the dollar. It's even got California plates, good till 2007."

"Imagine how many people died in here," I said, looking into the back of the ambulance.

"Imagine how many were saved," he replied.

The Emergency Medical Services team that sold the ambulance is from Northern California. Their boss, Kelly Bumpus, also owns a house here on Dumaine Street, outside of which they've been camped for over a week now, treating displaced people for infections and giving immunization shots. For the past few days, I've been filching their electricity in exchange for T-shirts and wine.

"Many of the other EMS teams that volunteered spent three days going through formalities at the state line before they were allowed to enter any of the affected areas," Bumpus said Wednesday, sitting on his front porch. Two ambulances were parked on the street. "Before they entered, they had to take courses in sexual harassment and minority concerns. Think how many people could have been saved in those first three days. There was all sorts of bureaucratic steps and permissions we were supposed to obtain. I finally just said, 'Screw it, people need us.' And we drove 48 hours straight down here. They didn't want us. They continually tried to turn us away because we hadn't got those formal permissions."

One of his crew lit up a cigarette after munching down the last of his muffuleta sandwich, shook his head and added, "After this thing's over, you'll find out just how much assistance was turned away."

"I spend a 100 days here in the Quarter every year," Bumpus said. "I know the people and I knew there'd be some of them that would simply refuse to leave this neighborhood, and they'd need our help."

One such resident who refused to leave was Dr. Brobson Lutz, who in 1980 bought Tennessee Williams' home on Dumaine Street, a block away. Lutz is a general practioner and an expert in infectious diseases. He's a local celebrity, famous for his TV appearances, where he delivers friendly wisdom about health and medicine. He's been in New Orleans for every hurricane since Betsy in '65, and for the time being has become surgeon general of the Quarter. In addition to getting EMS crews any supplies they need, and drinking the supposedly contaminated water himself for three days now proving that it's OK, he roams the streets healing the sick and keeping the healthy healthy.

A couple days ago, he stood outside Johnny White's Sports Pub sipping a Corona before a small congregation of confused and curious stragglers. Inspecting the mosquito-bite-ridden legs of the bar's manager, Marci, he exclaimed, "The hurricane away blew away a lot of the birds and mosquitoes, which means there's a slim chance you can catch West Nile. And despite what the radio might tell you, mosquitoes don't bite corpses. I've heard the State Department say we're going to get attacked by cholera and salmonella. That's mostly just silly. You don't get gastrointestinal diseases after hurricanes, especially if you drink beer and bottled water." He took a nip from his Corona.

"Skin and soft-tissue infections will be the predominant infectious disease problem after this hurricane, just as you see here," he said, pointing at Marci's legs. "Most will be trivial if treated properly."

"What about the reports of great white sharks swimming up Williams Boulevard?" asked a patron.

"As I understand it," Dr. Lutz said with a sly grin, "the great whites are all trying to leave Williams Boulevard."

Joshua Clark is the editor of Light of New Orleans Publishing.