The combination of Powers' noir-existentialist worldview with elements of SF, fantasy and literary fiction makes these nine stories truly unique. 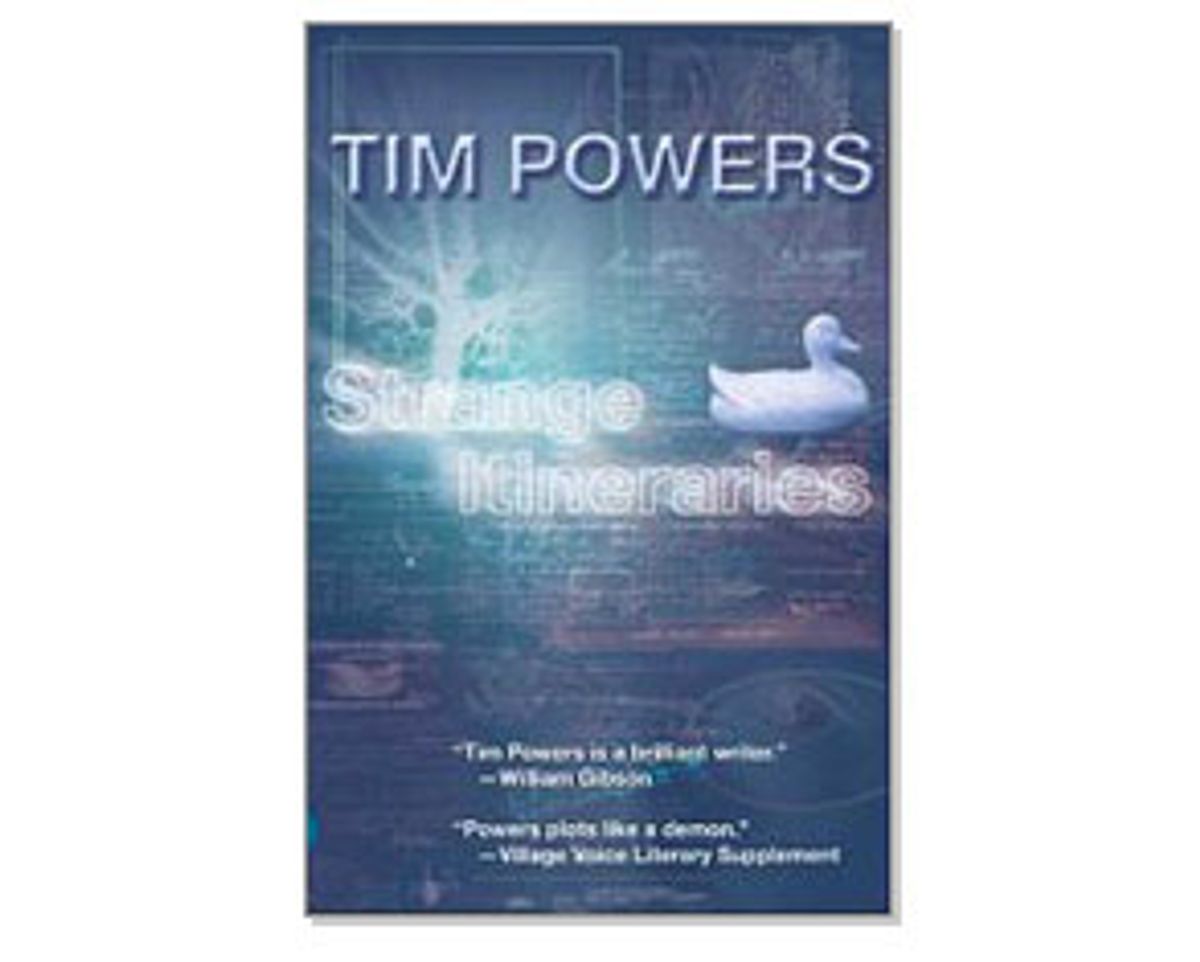 In case you think that genre prejudice has been erased in the era of Stephen King and J.K. Rowling, consider this debut story collection by Tim Powers. Science fiction and fantasy fans know Powers as the author of several unwieldy novels, into which he crams his ample erudition and manifold obsessions. In "Declare," the Cold War standoff between the United States and the Soviet Union becomes the backdrop for a supernatural espionage plot involving Noah's Ark, a sexy Spanish Communist, legendary British traitor Kim Philby and the Arabian entities known as djinns from "A Thousand and One Nights." In "Last Call," Las Vegas poker tournaments frame a retelling of the medieval legend of the Fisher King, leavened with quotes from T.S. Eliot's "The Waste Land."

As enjoyable as those books are, their tendency to throw in everything including the kitchen sink, its doppelgänger and the ghosts who inhabit its pipes can result in a miscellaneous, haphazard reading experience. If Powers, sentence by sentence and phrase by phrase, is at least as good a writer as SF crossover stars William Gibson or Neal Stephenson, his novels lack the thematic discipline of either. That's why the nine stories in this slim, independently published volume are such serendipitous delight: They suggest that for all his effulgent imaginings, Powers has a toehold (and maybe more than that) in the world of literary fiction as well.

Powers is generally described as belonging to the tradition of Philip K. Dick; his fiction repeatedly describes people caught in alternate or multiple versions of reality, haunted by ghosts who, more often than not, turn out to be their own. That's fair enough, but Powers has also imbibed a hard-boiled, noir-existentialist worldview that feels resolutely authentic, and he's a far superior prose stylist to Dick, who so often comes off as a schoolboy blending James Bond with Robert Heinlein. Also, Powers is unafraid of the supernatural and even the spiritual dimension; even in SF and fantasy, to venture into such speculative arenas is to risk marginalization.

If Powers' literary models are a little unfashionable these days, so much the worse for contemporary fiction. This is a man who has read and reread the stories of Hemingway, Raymond Chandler and probably Raymond Carver. His heroes are wounded, lonely men trapped in the semi-tropical wilderness of suburban California, and if you think that's an unlikely milieu for ghosts, angels, demons and similar apparitions, you haven't spent much time there. In Hemingway's famous phrase, these are men without women; wives or girlfriends are dead or gone missing, and there's absolutely no doubt who is to blame.

Pat Moore's guardian angel appears in the passenger seat of his Dodge Dart while he's driving south on the 101, just below San Francisco, heading toward a seedy card club. Like most of Powers' protagonists, Pat's carrying a wad of $100 bills and a revolver, but those things won't help him now. This story, "Pat Moore," is easily the best in the book and might be the best I've read this year. Pat and the angel (whose name is also Pat Moore, and may or may not be the ghost of Pat's wife) must do battle against an entire complicated universe of spectral Pat Moores; some want to kill the main Pat, some just want to evict his soul and inhabit his body.

In their lovely, sad odyssey, our two Pats travel from a downscale bar called the Pirate's Cove -- where it is revealed that ghosts cannot eat popcorn -- to the foggy heights of San Francisco's Buena Vista Park and indeed to an indescribable region outside of space and time. This is the kind of thing Powers is totally unafraid of: taking a depressed, studio-apartment gambler dude and shooting him into the unknown. Pat finds that "his soul, indistinguishable now from his ghost, was in some vast region where in front and behind had no meaning, where the once-apparent dichotomy between here and there was a discarded optical illusion, where comprehension was total but didn't depend on light or sight or perspective, and where even ago and to come were just compass points; everything was in stasis, for motion had been left far behind with sequential time."

Even when Powers' stories have more conventional fantasy elements, like the gray-faced alien wish-granters in the Stephen King-esque "Night Moves," or the parasitic immortals out of Anne Rice or Roger Zelazny in "The Way Down the Hill," his real subject is the acceptance of loss and mortality. My second-favorite here is probably "Fifty Cents" (co-written, like two other stories in "Strange Itineraries," with James P. Blaylock), in which another road trip in a vintage American car -- this one across the Arizona desert in search of a lost memento of love -- becomes an endless tape loop of almost operatic loneliness. But the real world Tim Powers evokes in these tales, the world of cold beer, enchiladas, baked driveways and Goodwill stores, is all the more precious for the fact that we must leave it sooner than we think.

Our next pick: A wounded older gent falls in love with his nurse in the spare new novel from a Nobel laureate