Hou Hsiao-hsien's lyrical new film captures the mystical quality of time when you're deeply in love. 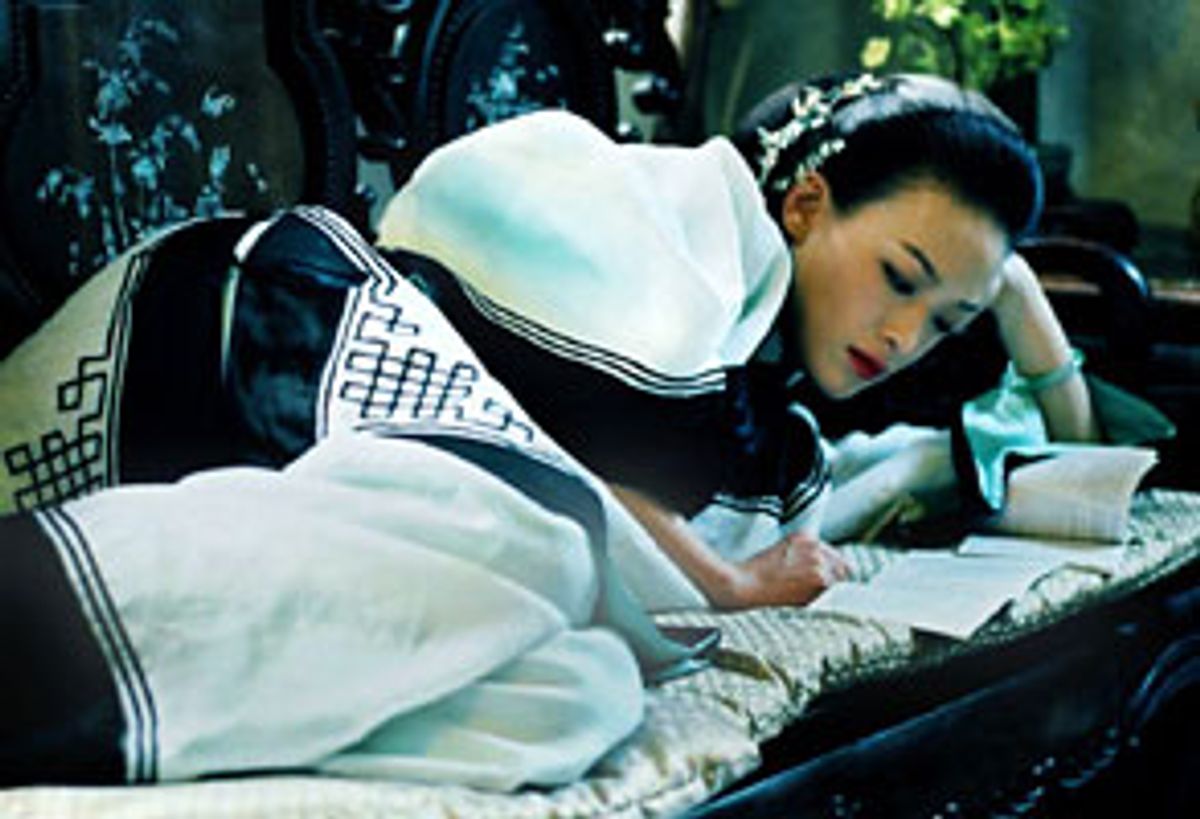 Taiwanese director Hou Hsiao-hsien is among the most gifted and fascinating filmmakers working today. U.S. moviegoers may have seen some of his earlier pictures -- like "The Puppetmaster" (1993) or "Flowers of Shanghai" (1998) -- but if they want to keep up with his current work, they don't have an easy time of it. Hou's last picture, the delicately shaded "Café Lumière" (2003), played film festivals but never found an American distributor. Luckily, his new picture, "Three Times," opening today in New York, has avoided that fate.

"Three Times" tells three love stories set in different eras, and stars the same two actors, Chang Chen (who earlier this year starred in "The Hand," directed by Wong Kar Wai, the wonderful lead segment of the otherwise dreadful anthology movie "Eros") and Shu Qi (perhaps best known to American audiences from 2002's "The Transporter," but who also starred in Hou's confounding and oddly stirring 2001 "Millennium Mambo"). Hou's pictures often move very slowly -- you don't so much follow them as sink into them. Even so, the three stories here are satisfying in a novella-like way. These are vignettes with smudged edges, snapshots of feelings, and yet they feel emotionally complete.

In all of these stories, Hou is less interested in strictly defined plots than he is in mapping the way time unfolds, exploring the varied, shifting textures of the hours of the day as they move along. These love stories tick by in gentle gradations: In the first, "A Time for Love," set in 1966, Chang plays a young man who begins to fall for the girl, played by Shu, who works in the pool hall he frequents. He's departing for the service; he doesn't really have time to get to know her. But he returns for a one-day leave, only to discover that the girl has moved on to another job -- no one knows where. He knocks on doors in search of her and finally finds her: The two spend their precious hours wandering, talking to each other, stepping into a noodle shop for a bite to eat.

That's pretty much all that happens in "A Time for Love," but Hou is so alive to the aura of the couple's time together that we feel wrapped in it, too. In each of these stories, Hou keys in to potent visual details -- for example, the fumbling, uncertain way a boy's hand and a girl's find each other for the first time. And even the least resonant segment in this trio, "A Time for Youth," in which a young rock singer becomes passionately attracted to a photo-shop employee, still carries with it a sense of languid urgency: Set in 2005 Taipei, "A Time for Youth" feels modern and vital, but there's something wistful about it too, as if Hou were acknowledging that part of the business of filmmaking is building the memories of the future.

The most affecting story in the trilogy is "A Time for Freedom," set in a Chinese brothel circa 1911. Shu plays a courtesan tending to Chang, a principled young man who's more devoted to his political causes than to human relationships. She loves him, but she knows it's not her place to say so directly -- and even if it were, her quiet, glowing pride would probably prevent her from doing so. The story is told silently, with silent-movie-style subtitles, which strengthens the sense that we're glimpsing a briefly recaptured past. And although Chang is wonderful here, Shu is the one who really shines: When she realizes that her beloved has no intention of building a life with her, we see her suffering only as a shadowy, mothlike flicker of expression. Her heartache is completely private, or would be if we weren't so intensely, painfully clued in to it. In these three potent miniatures, Hou Hsiao-hsien suggests that time passes differently when you're deeply in love. He captures the mystical quality of that time on film, making us feel as if we're living in it, rather than simply watching it.