Early this month, a vet in New Mexico took his life. At his side was the agency's plan to question benefits for mental trauma. 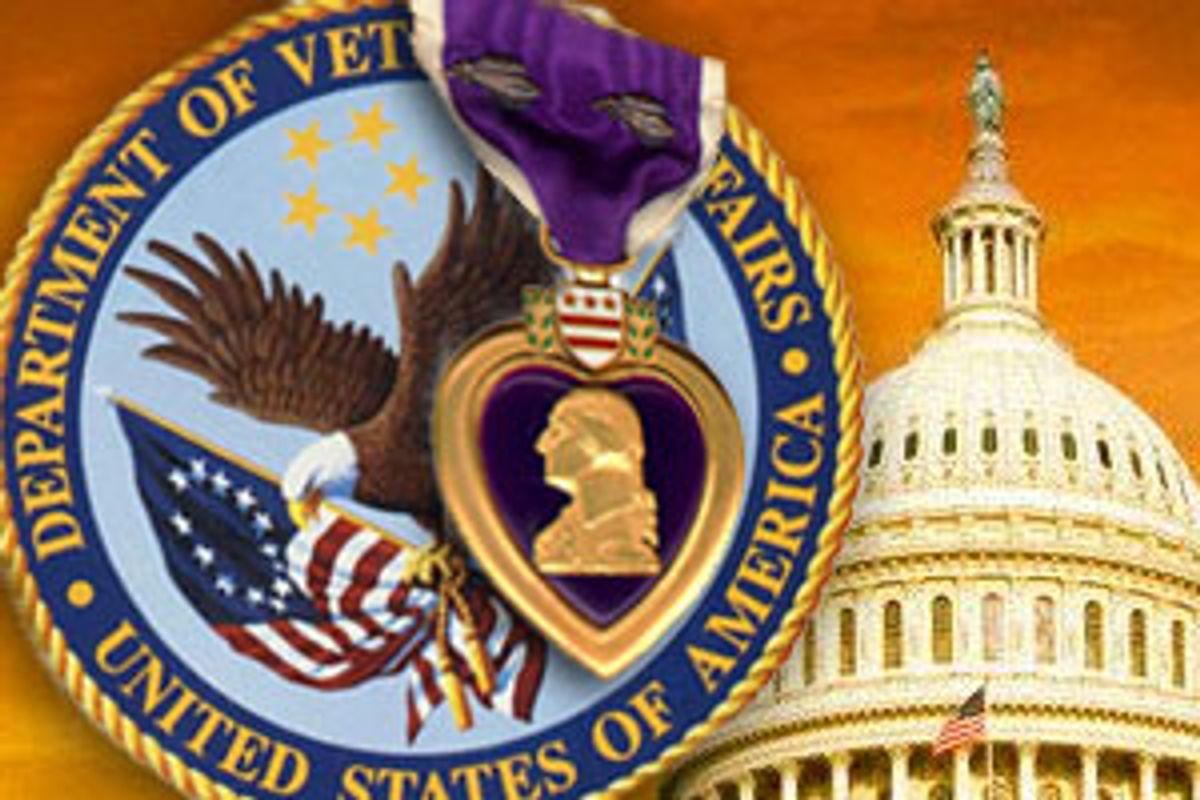 On Oct. 7, the remains of eight American Vietnam veterans were laid to rest in a single casket at Arlington National Cemetery, after lying in the jungle in Vietnam for over 35 years. Their unit was overrun by two enemy regiments on May 10, 1968.

John M. Garcia fought in Vietnam with the 4th Infantry Division in 1969 and 1970. He came all the way from New Mexico to Northern Virginia for the burial because he once knew a Marine whose body was now in that casket. Bringing those veterans home and giving them the respect they deserve was the right thing to do. "It is a beautiful story," Garcia said.

When Garcia got back to his office the following Monday, his phone rang. Another Vietnam veteran needed to be buried. But this one had died by his own hand. "I was stunned," Garcia said in a telephone interview from Santa Fe. "And I was even more stunned at why."

On Oct. 8, Greg Morris, 57, was found by his wife, Ginger, in their home in Chama, N.M., an old mining town of 1,250 in the Rocky Mountains. Lying at Morris' side were a gun and his Purple Heart medal. For years, Morris had been receiving monthly V.A. benefits in compensation for post-traumatic stress disorder. Next to his gun and Purple Heart was a folder of information on how the V.A. planned to review veterans who received PTSD checks to make sure those veterans really deserved the money.

Last spring, the V.A. began to quietly draw up plans to take another look at nearly 72,000 veterans who from 1999 to 2004 had been classified as disabled and unemployable because of mental trauma from war. The V.A. plan, about which Salon was the first to report on Aug. 9, would review previous decisions to grant disability benefits to veterans incapacitated by PTSD.

Veterans advocacy groups are irate, charging the department with trying to save money at the expense of the men and women traumatized by war. They say mentally troubled veterans will be shocked, hurt and afraid of losing their monthly checks.

Many veterans said the review was bound to trigger suicides. "It is my educated opinion that [the V.A.] will kill some people with this," Ron Nesler told me on Aug. 24. "They will either kill themselves or die from stroke."

Nesler served in Vietnam in 1970 and 1971 and is coincidentally from New Mexico. His traumatic memories include a Claymore mine blasting a busload of civilians near his artillery base. He has been getting disability checks for PTSD for years.

On Aug. 11, he received a letter from the V.A. saying that his file was one of those in its review. He said the letter left him shocked, angry and afraid. The letter warns that "confirmation" of his mental wounds "had not been established" and that his file at the V.A. "does not establish that the event described by you occurred nor does the evidence in the file establish that you were present when a stressful event occurred." (The V.A. recently determined, again, that Nesler's claims are legitimate.)

The letters themselves generated considerable controversy. "It was like Russian roulette," Garcia said. "You are dealing with lives. You don't do that. You don't just send out information to people who are suffering from some sort of mental stress saying, 'We are going to take these benefits away.'"

Morris was a member of AMVETS, a service organization for veterans, whose issues were close to his heart. He was also one veteran who sent a clear message back to the V.A. "The evidence indicated that he committed suicide because he was frustrated and afraid that the V.A. was going to take his benefits away," Garcia said. By all accounts, he was a troubled veteran who had attended counseling. And medical studies have shown that people with PTSD often suffer intense suicidal or homicidal rage. "People will say, 'Well, he's got problems,'" Garcia said. "Well, that was just enough to push him over the edge."

Morris did not receive a review letter from the V.A., but the prospect clearly upset him. "He was greatly shaken by the announcement of the V.A. review," Rep. Tom Udall, D-N.M., said in a statement calling for a halt to the review. Udall also said Morris "frequently inquired whether he would be losing the support he did receive" before he committed suicide. "He believed, as so many veterans do, that he was being forced to prove himself yet again. It is that belief that makes veterans so angry and so frustrated with this process."

Recently, Garcia was contacted by the wife of another Vietnam veteran who did get a letter from the V.A. "As a result of this letter, I have spent the last three nights watching him walk the floor, scared his benefits are going to be cut off," the wife wrote. "This morning, I went to work, and when I called my husband to inform him that I was safe at work, he told me he was going to 'fix everything.' I left work, and when I returned home, he had called his brother to pick [up] the two guns he owns."

Garcia said that when the wife got home, the veteran "had his rifles out and they were fully loaded. His family arrived in time to prevent him from doing it." Garcia told me the V.A. review has to be stopped. "We lost a veteran because of it," he said, adding, "I don't know how many more have tried" suicide.

The V.A. inaugurated the review after the department's inspector general issued a report last May that showed the agency had been inconsistent in granting full disability benefits to veterans with PTSD. The report found that the likelihood of a veteran getting the maximum payment varied widely in regions across the country, calling into question the evaluation procedures.

"We have a responsibility to preserve the integrity of the rating system and to ensure that hard-earned taxpayer dollars are going to those who deserve and have earned them," Daniel L. Cooper, the V.A.'s undersecretary for benefits, told Salon in a written statement last summer. (A V.A. spokesman did not return calls seeking comment on Morris or the current state of the review.)

The original inspector general's report warned that 2.5 percent of veterans getting 100 percent disability checks for PTSD might be "potentially fraudulent." It noted "an abundance of Web sites" that were "offering ways to compile less than truthful evidence" to get monthly checks. It also said one Web site was selling a fake Purple Heart for $19.95.

Concern about fraud may be ill-founded. According to an Oct. 19 letter from seven Senate Democrats to their colleagues, arguing in favor of an amendment to halt the V.A. review, no cases of fraud have been identified. "At a time when service members are returning from war and straining an already burdened system, this review raises serious questions of costs and efficiencies," the letter stated.

Some lawmakers have launched an all-out effort to halt the V.A. review. In September, the Senate passed an amendment to block it. Drafted by Sens. Patty Murray, D-Wash.; Barack Obama, D-Ill., Dick Durbin, D-Ill., and Daniel Akaka, D-Hawaii, the amendment was attached to a Senate bill that funds the V.A.

Conferees from the House and Senate must now decide if the final bill that lands on the president's desk will contain a prohibition on the review of 72,000 PTSD claims.

On Oct. 14, a bipartisan group of 54 House members led by Rep. Peter DeFazio, D-Ore., wrote to key conferees to urge them to adopt the Senate ban on the review. "It just sends a terrible message to those who are serving in the military today for the VA to attack and question whether those who served before are entitled to receive the benefits the VA itself previously approved," the letter said.

Last week, the House Committee on Veterans' Affairs held a hearing on the review. Before Garcia left for Washington to testify, he called Morris' widow. "She said she was happy" that her husband's suicide and the V.A. review would be brought up in Congress, Garcia said, "because maybe then his death would mean something."