How a real-life mean girl has become TV's most improbable teen role model. 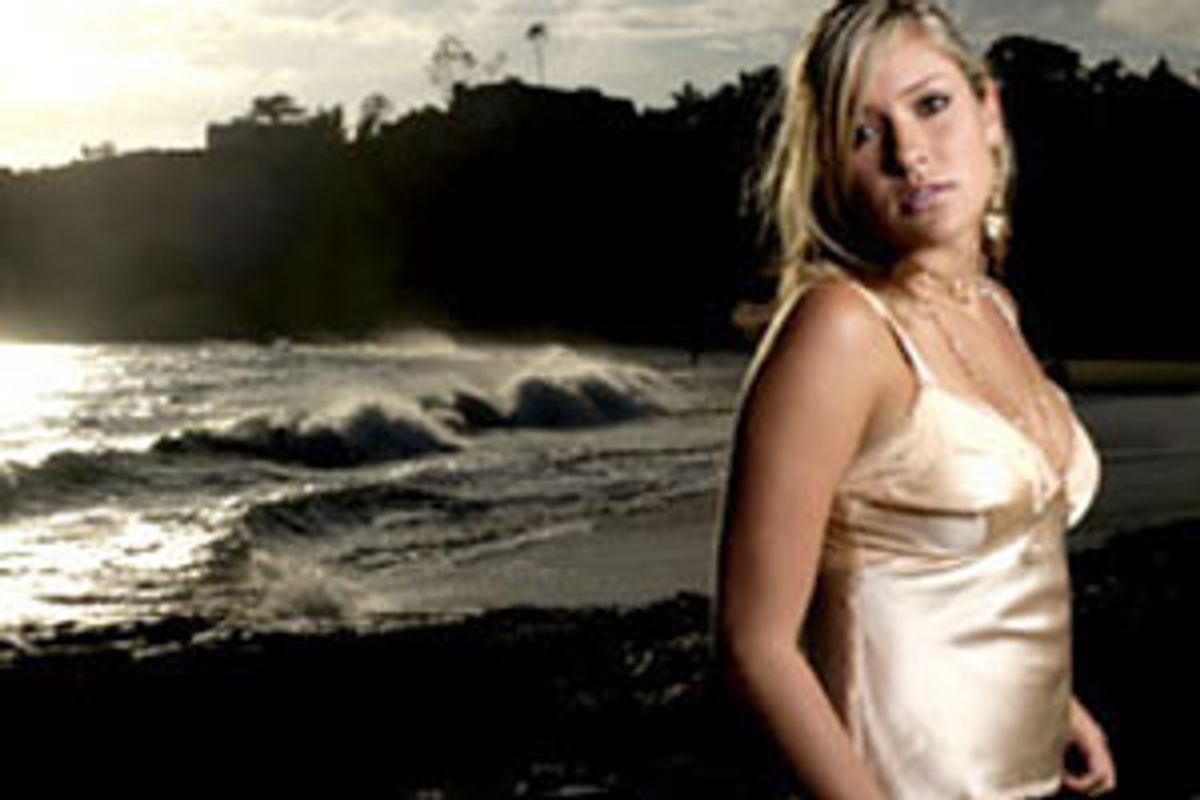 Last month, Kristin Cavalleri, the star of MTV's pseudo reality show "Laguna Beach," scored a visit to "Jimmy Kimmel Live," an Us Weekly fashion spread and, most significantly, the cover of Seventeen magazine. (She's even rumored to be dating pop star Aaron Carter.) Reality show stars have made great strides (Elizabeth Hasselbeck) and suffered dramatic falls (Richard Hatch), yet few have broken out into this level of glossy, real-life fame. Kristin is sort of plainly California pretty with perfectly layered blond hair, clear skin, good makeup and a penchant for making adorably expressive faces, as well as obnoxious ones. She's curvy and short in the way high school boys prefer, and unsurprisingly, they worship her.

But Kristin's also a self-proclaimed bitch with a truly awful SoCal accent, the girl who snarls at classmates in geometry and probably throws a decent punch, the kind the girls fear will steal their boyfriends and the boys describe as a "really cool chick." And, of course, Kristin plays herself on TV, and so sensitive MTV viewers will note that it's her real-life catty-girl persona that, for some reason, is being rewarded these days. Kristin is a rich, triumphant mean girl, the stuff '80s soap operas were made of. But, ultimately, she isn't pleasurable in the classic Alexis Carrington way because, well, this scary queen bee actually exists.

All of which makes her popularity slightly odd. In many ways, it's amazing any vaguely likable character emerged from the palatial estates and plastic chins of Laguna Beach. Dubbed "The Real O.C.," this show is a blander narcotic than even "The Real World." Cameras follow around a crop of attractive American high-schoolers as they drive Range Rovers, tan their bums and shop for ugly sunglasses. Of course, it's all spellbinding in that it forces you to confront serious questions about yourself: Why am I watching this? Will Character X ever complete a full sentence? Was I like this when I was 17? How lucky am I to be in the sinkhole of adulthood?

Which might be why Kristin's such a star. At a time when we're ever more attentive to the intricate miseries of teenagers, Kristin seems strangely aware that all of this, all of this high school stuff, is total bullshit. Considering how one of the requirements of adolescence is to assume that nothing will ever get better -- the concept of perspective is as confusing as constructing attractive outfits for gym class -- this quality makes her quite different from your run-of-the-mill teen.

When the show was being conceived, it was Lauren Conrad -- charismatic, blond and button-nose cute with an ability to flash sad, sweet eyes on cue -- who was meant to be the focus of the show. But the louder, springier Kristin stole every scene out from under Lauren's espadrilles. A love triangle formed with dark-haired, fine-boned Stephen as the prize. A beach bonfire showdown was in the making, and one's loyalties naturally fell to Lauren. She was so much nicer, and when she spoke, it didn't make your ears hurt.

Slowly, though, Kristin began to exhibit bizarrely rational and admirable behaviors. Prime example: When the hard-won Stephen asked her what they'd do once he went off to college, Kristin, not missing a beat, replied with that arrogant shrug of hers: "We'll break up." Usually, a boyfriend departing for the planet of coed bathrooms is a traumatic, all-consuming event. But for Kristin, a fun-filled year of high school was far too precious to throw away for teary late-night phone calls and pointless bouts of jealousy-filled rage. Kristin clearly relished her role as the hard-partying heartbreaker (who, out of her friends, also seems to do the best in school). She also probably knew that it would make for better TV.

Lauren continued to let Stephen mess with her head; Kristin moved on. While the other normal girls on the show fell for typically caddish surfer boys, and fought with each other at fashion show fundraisers, Kristin continued to roll her eyes at them and cackle, I just wanna, like, have funnnnnn. You know? a mantra that seemed radical amid her friends' hand-wringing. When she chastised her friend Jessica for still speaking to her cheating ex-boyfriend, it was with the sort of fury that can only be unleashed in the privacy of an upscale boutique dressing room: STOP CALLING HIM, JESS-I-CAAA. I'M SERIOUS. ENOUGH. When their mutual friend Alex noted that Jessica was the type of girl who would do anything for a guy, Kristin replied across the pedicure station with decades-old wisdom, And that's sooo not gu-uuuud. It wasn't that she became a more palatable character but rather that she seemed to possess knowledge that her peers did not, namely that: Ten years from now I will probably forget this piddling crap ever happened, and yet if I make a fool of myself, it will be on tape forever. It became fun to watch her savvy: She wasn't just one-up on the boys, she was one-up on the cameras.

In fact, Kristin's something of a snotty little sage, as if she'd graduated high school long ago, climbed in a time machine, and returned with a vengeance for another shot at teendom. Few parents would want a teen with Kristin's soul, not to mention her dialect, and who knows whether Kristin will turn out to be a coldhearted, calculating woman someday. But teens could do worse than to adopt her sense of perspective. For anxiety-riddled tween-somethings everywhere, she's a reminder that high school is the last breath of childhood, the twilight years of irresponsibility, and the tingly last days of brainless fun.