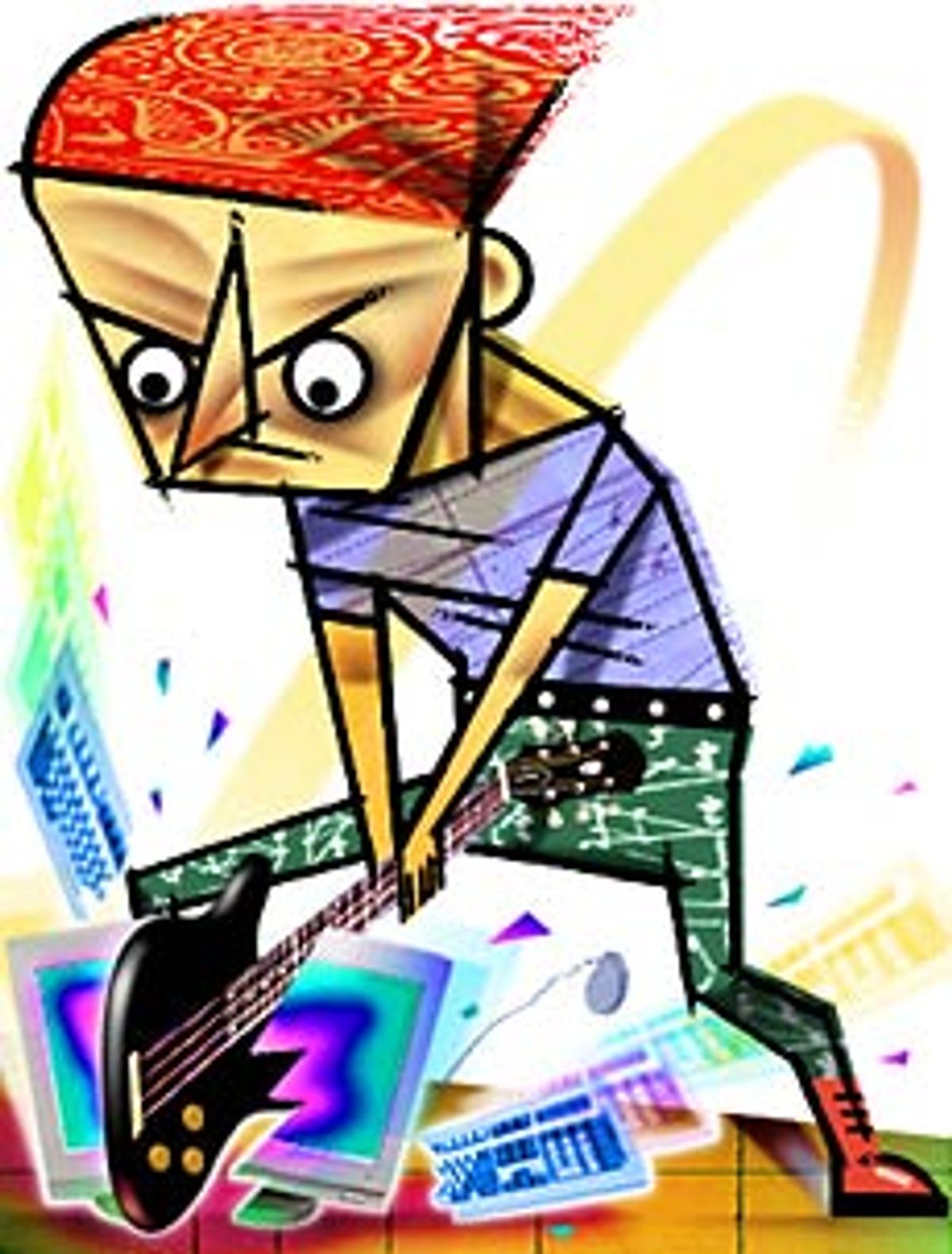 In honor of our 10th anniversary this month, Salon is scouring our archives for the best stories we've published. Every day for 10 days, we will be highlighting one year's worth of memorable pieces. We hope you enjoy them. And use our automated-letters feature at the bottom of this story to tell us what you think we missed.

Brilliant Careers: Ray Davies
The man whose kinkiness gave the Kinks their greatness has written songs that some of us will carry around, like a talisman, forever.
By Stephanie Zacharek

Brilliant Careers: Paul Verhoeven
Is the director of "Total Recall" and "Hollow Man" a pornographer, a homophobe and a misogynist -- or a misunderstood genius who's been defeated by his own contrary nature?
By Andrew OHehir

Too close for comfort
Why is Raymond Carver's masterpiece, "Cathedral," so much like a little-known D.H. Lawrence story?
By Samantha Gillison

Jonesing for votes
George W. Bush's speech at a college that bans interracial dating raises questions about his compassion.
By Jake Tapper

I am a smoker
I hate you, too
By Carina Chocano

Black and white and taboo all over
Hollywood is more phobic than ever about interracial love, but now it's blacks who are putting on the brakes.
By Charles Taylor

Brilliant Careers: Janet Malcolm
In her relentless pursuit of the truth she's left a few bodies in her wake, but isn't that part of a journalist's job?
By Craig Seligman

BSD Unix: Power to the people, from the code
How Berkeley hackers built the Net's most fabled free operating system on the ashes of the '60s -- and then lost the lead to Linux.
By Andrew Leonard

The inner Doughboy
How an army of admen battle to define and protect the true nature of the Jolly Green Giant, the Pillsbury Doughboy and other advertising spokescharacters.
By Ruth Shalit

Artists to Napster: Drop dead!
To many musicians, the MP3 trading software isn't a revolution -- it's a rip-off.
By Eric Boehlert

Napster -- friend or foe?
Fans have already embraced new music-distribution technologies. Musicians can fight them or join them.
By Scott Rosenberg

The gay Nabokov
The novelist never could face the secret that cost his brother his life.
By Lev Grossman

They trade horses, dont they?
A lawsuit to block the Hearst Corp.'s takeover of the San Francisco Chronicle exposed a world of political treachery that reached from City Hall to the U.S. Justice Department.
By Joan Walsh

Dont ask, dont tell, dont fall in love, Part I of II
A rare peek inside the lives of gay military officers, a world filled with staggering sacrifice, loneliness and glass ceilings.
By Dave Cullen

The mama lion at the gate
Maternal chauvinism is a dad's greatest obstacle to parental parity.
By Cathy Young

Courtney Love does the math
The controversial singer takes on record label profits, Napster and "sucka VCs."
By Courtney Love

God is their co-pilot
Both born-again, Bush and Gore have made this the most God-fearing presidential race in 100 years. But their faiths have led these men in two completely different directions.
By Jake Tapper

Dropped like a chalupa
The Taco Bell Chihuahua talks about his sudden, shocking dismissal and considers his showbiz future.
By Gary Kaufman

I survived the Pitt-Aniston travesty
Take it from one who was there: Brad and Jennifer's wedding made one of Caligula's decadent bacchanals look like a bingo party.
By Cintra Wilson

Sex, capitalism and anti-depressants
Two writers wrestle with the impossibility of literature in a society that's afraid of the dark.
By Rick Moody and Mary Gaitskill

Put that silicon where the sun dont shine
Soon you can have a tracking chip implanted in your body. Is this a great technological breakthrough -- or Big Brother's last laugh?
By Katharine Mieszkowski

How the New York Times helped railroad Wen Ho Lee
Its reporters relied on slim evidence, quick conclusions and loyalty to sources with an ax to grind. Too bad the paper of record learned nothing from its role in Whitewater.
By Eric Boehlert

The POTUS with the mostest
What does "The West Wing" President Josiah Bartlet have that Al Gore and George W. Bush don't?
By Joyce Millman

Gov. Bushs office ignored murder confession, Part I of III
Two and a half years later, the two men convicted of the crime still sit in prison.
By Alan Berlow

Texas justice, Part II of III
What made timid honors student Christopher Ochoa confess to a rape and murder that he almost certainly did not commit?
By Alan Berlow

An innocent inmate is freed, Part III
But if George W. Bush's office had not ignored a murder confession and DNA evidence, Christopher Ochoa might have been freed much sooner.
By Salon Staff

Living under the hole in the sky
The citizens of Punta Arenas, Chile, are the subjects of a potentially deadly experiment: What happens to people who live under the widening ozone hole?
By Dawn MacKeen

Grease rustlers
Black-market bandits have their eyes on that vat of used frying oil in the alley behind your local greasy spoon.
By Susan McCarthy

Robert Downey Jr. deserves our love and protection
The most extravagantly gifted actor of his generation is also a drug addict who has harmed no one. Jailing him is as barbaric as treating the sick with leeches.
By Michael Sragow

Supreme Court to democracy: Drop dead
With a single rash, partisan act, the high court has tainted the Bush presidency, besmirched its own reputation and soiled our nation's proudest legacy.
By Gary Kamiya

The hero who never looked down
The exemplar of everything good and bad about his time, John Lennon will forever loom over the unsettled legacy of an ambiguous age.
By Gary Kamiya