Can a Zen Buddhist sage teach us something about the art of counterterrorism? 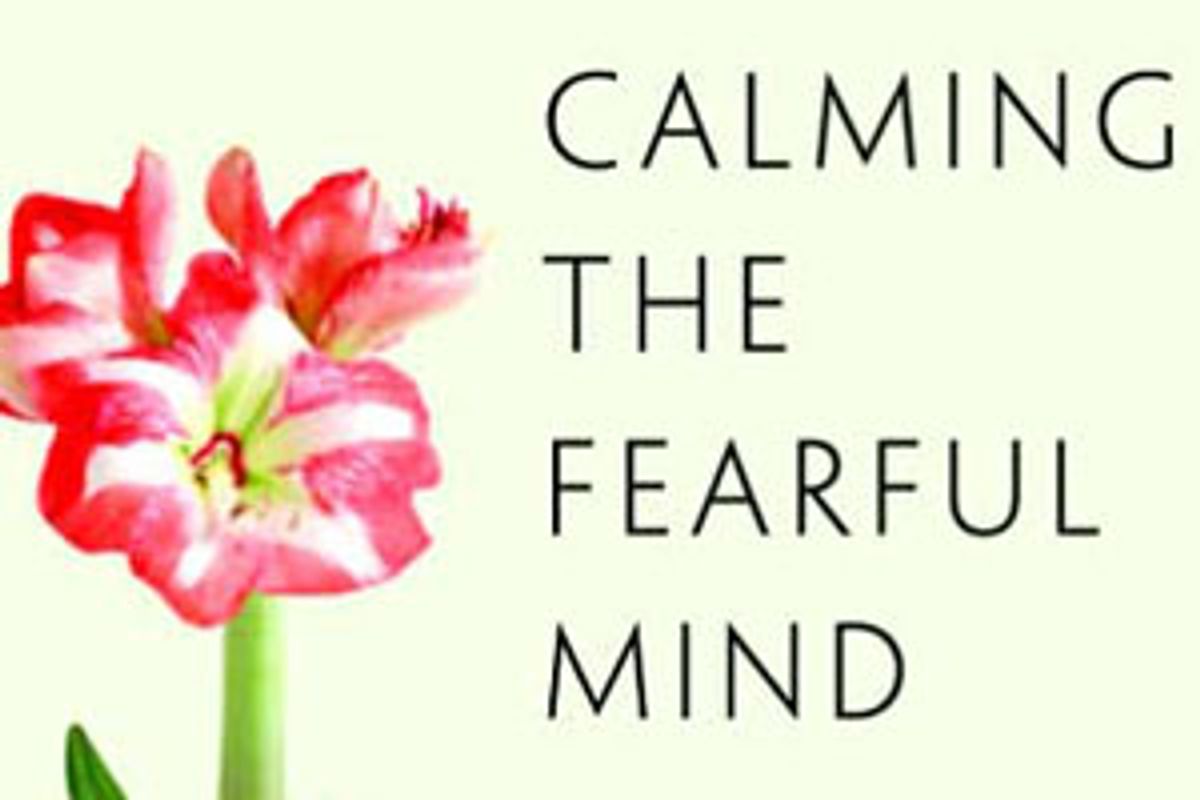 As an epigram to his new book, "Calming the Fearful Mind: A Zen Response to Terrorism" -- at 126 pages, really more like an extended pamphlet -- Buddhist sage Thich Nhat Hanh includes a poem titled "Recommendation." It's the sort of heartfelt pablum typical of much verse written in the immediate aftermath of 9/11. "Even as they/strike you down/with a mountain of hatred and violence ... remember:/man is not our enemy./The only thing worthy of you is compassion." But the reader arrives at the poem's date with a slight jolt: Hanh wrote it in 1965.

At that time, Thich Nhat Hanh was a 39-year-old monk in Saigon, Vietnam. He had founded a 10,000-member volunteer organization, the School of Youth Social Services, and had elaborated a philosophy of Zen Buddhism resting on worldly engagement. Along with more powerful monks like Thich Tri Quang, Hanh was a leader in a wave of political activity that came to be called the "engaged Buddhism" movement. In 1963, tens of thousands of Buddhists had protested their religion's suppression by the rabidly Catholic Vietnamese government of Ngo Dinh Diem, helping provoke the crisis that led to Diem's ouster and murder. By 1965, while a succession of generals squabbled for preeminence in Saigon, Thich Tri Quang had established a virtual Buddhist mini-state in the old imperial capital of Hue.

The following year, Hue and Danang exploded into open rebellion. South Vietnamese Army units loyal to Saigon clashed with units that had defected to the Buddhist side, with U.S. Marines caught in the middle. American fighter jets scrambled to shoot down South Vietnamese aircraft if they carried out threats to bomb the rebels. Buddhist students sacked the library of the U.S. Information Service in Hue; monks and nuns immolated themselves on the grounds of Quang's monastery. Meanwhile, American B-52s were pounding North Vietnam; North Vietnamese troops were shelling American troops along the 17th Parallel; and the Viet Cong was conducting a campaign of terrorism in the cities and countryside, assassinating local officials who collaborated with Saigon. In the midst of the ferment, Thich Nhat Hanh traveled to the United States to plead the Buddhist movement's cause with the American public. He would not return to Vietnam for 40 years. South Vietnam barred him from reentry; later, after North Vietnam won the war, the Hanoi government did the same.

As Hanh's biography makes clear, the idea of a "Zen response to terrorism" is not as ditzy as it sounds. Hanh's disciples today -- and he has tens of thousands -- practice their mindfulness exercises in picturesque spiritual retreats Hanh has established in southern France, Vermont and Northern California. They carry flowers, sing gratingly childlike songs, and do a lot of sitting and walking in procession. They direct an inordinate amount of attention toward their own respiratory processes; the words "take a deep breath" fall as incessantly at Hanh's meditation sessions as "baruch atah adonai" at a Lubavitcher Shabbat. But Hanh didn't come upon his philosophy while chilling in Golden Gate Park. He developed it in the midst of a maelstrom of political violence that dwarfs the sporadic terrorist episodes America has so far witnessed. We might at least wipe off the smirk and listen to what he has to say.

The thrust of "Calming the Fearful Mind" is achingly simple, not to say simplistic. Hanh thinks we need to calm down and stop blowing things up:

"Misunderstanding, fear, anger, and hatred are the roots of terrorism. They cannot be located by the military  To uproot terrorism, we need to begin by looking in our hearts."

This kind of statement is guaranteed to cause steam to pour from a lot of ears, and not just pointy Vulcan neocon ones. Anyone who acknowledges the occasional necessity of organized violence in the political sphere will find it exasperatingly reductive. But what's perhaps most exasperating is the suspicion that at some level, Hanh is right. Who could deny that misunderstanding, fear, anger and hatred are the roots of terrorism? Who, in the midst of our woebegone misadventure in Iraq, could deny that the military is a poor tool for winning hearts and minds?

When Hanh moves on from the causes of terrorism to its solutions, his recommendations go from simplistic to fanciful. Hanh thinks the United States should convene a "Council of Sages" to engage in "deep listening":

"The Buddha recommended that the first step in curing suffering be to understand the situation at its roots. The task of the Council of Sages would be to invite those who suffer in the country to come and speak out."

Here, Hanh seems to have confused the United States with Tang Dynasty China, or perhaps with Planet Alderaan. There was a moment in the U.S., in the early '90s, when such Oprah-esque public confessionals seemed poised to become a winning political strategy. But the era of Clintonian "I feel your pain" politics is long behind us, replaced by an explicitly brutalist conservative machismo. (To be fair, the boastful cruelty comes from all sides. It was Mohammed Bouyeri, the Islamist assassin of Dutch filmmaker Theo van Gogh, who at his trial told his victim's mother: "I don't feel your pain.") In 2003, Thich Nhat Hanh led a retreat for politicians, focused on mindfulness and "deep listening," which was attended by nine members of Congress. It seems a good bet that all were from safe Democratic districts.

And yet, again, one suspects that Hanh has his finger on something here. There has certainly been an almost suicidal inability to listen evident in American policymaking over the past few years. A deliberate ignorance of the concerns and grievances of Muslims has played a substantial part in the mess the U.S. has made of the global war on terror. What, exactly, would be wrong with a little deep listening?

Consistently, in reading Hanh, one finds oneself having this sort of reaction: furious dismissal, followed by a creeping realization that one generally agrees with what he's saying. This may be the reaction Hanh is looking for, and it has a certain Zen allure: the master's simple koans goad the acolyte into frenzies of resistance and ratiocination until, ultimately, he is forced to concede the point. Still, one regrets Hanh's failure to take a more complex approach to certain aspects of terrorism on which he is uniquely qualified to comment.

One such issue is the morality of spectacular suicide as a form of political action. Hanh was a close friend of the first monk to perform self-immolation in South Vietnam, Thich Quang Duc, whose on-camera suicide on June 11, 1963, was coordinated with a banner-waving protest march and tipped beforehand to Associated Press reporter Malcolm Browne. Self-immolation drew on deep historical roots in Vietnamese Buddhism: Legend has it that the 14th century Zen sage Ho Ba Lam set fire to himself to end his life, but that was simply because, at age 88, he felt ready to move on. It was only with Thich Quang Duc that self-immolation was reconfigured as a form of protest and mass communication. The tactic caught on quickly: Dozens of other Vietnamese monks immolated themselves to protest the war, and in 1965, Quaker conscientious objector Norman Jamison became the first of several Americans to do so. In 1967, one of the first nuns Hanh had ordained in his new movement, Nhat Chi Mai, set herself ablaze, after sending Hanh a terse note saying she had sacrificed herself for peace.

Today, such actions might be termed "martyrdom operations." To be sure, there's a tremendous difference between ending your own life on camera in a column of flame and strapping on a cordite belt to take a few dozen of your fellow human beings with you. But the political discourse around self-immolation in the '60s exhibits striking similarities to that which has developed around suicide bombing today. In both cases, there has been a particular struggle over the use of the word "suicide." In the 1975 book "The Raft Is Not the Shore," a series of conversations between Hanh and left-wing Jesuit priest Daniel Berrigan, an entire chapter is devoted to self-immolation. "Nhat Chi Mai and Thich Quang Duc immolated themselves for others," Hanh said then. "I wouldn't want to describe these acts as suicide or even as sacrifice."

Berrigan, too, refused to consider those who had immolated themselves as suicides. In a Catholic context, obviously, to do so might vitiate the moral value of their protest. A similar concern with regard to Islam's prohibition on suicide has prompted Muslim clerics such as Al-Jazeera's popular TV personality Sheikh Yusuf al-Qaradawi to claim that suicide bomb attacks against Israelis are not suicides at all: "These are heroic commando and martyrdom attacks and should not be called suicide operations or be attributed to suicide under any circumstances."

One wonders whether Hanh today retains his admiration for those who immolated themselves in the '60s. There were certainly many Westerners, like Berrigan, who shared this admiration, but ultimately self-immolation, like suicide bombing, horrified and alienated more people than it impressed. For most Americans, the willingness of suicide protestors to die did not testify to their sincerity; rather, it placed them beyond the pale of rational discussion, tarring their entire cultures with a suspicion of brutality and disregard for life. In both Vietnam and the Middle East, the imagery of the suicide protest -- the flaming monk in the lotus position, the bomber's head in the roadway -- was incorporated into a darkly Orientalist vision of an incomprehensibly alien culture. The suicide protest, as Hanh notes of self-immolation, is always a form of communication; but it is a form of communication that causes most of its audience to deliberately refuse to listen, deeply or otherwise.

In Vietnamese, Thich Nhat Hanh is apparently a writer of lilting clarity and lighthearted concision. In advance of his triumphal return to Vietnam, which the government finally permitted this past February, an essay that Hanh had written in the early '60s began circulating among curious Vietnamese. It was about the importance of Mother's Day. Vietnamese readers found it charming. I imagine Hanh in Vietnamese as a sort of Zen Dave Eggers, expressing obvious, incontrovertible truths with a wry, self-conscious simplicity and a fresh eye.

Occasionally, Hanh manages to strike this tone in English as well. Here, for example:

"In the war with Vietnam, the Americans had the intention to save Vietnam from Communism. It was a good intention, but this desire to save us destroyed us ... The intention to love is not yet love. We must know how to love. True love doesn't destroy the object of its love."

This is a sharp and intriguing passage. But there is at first something slightly embarrassing about Hanh's use of the word "love." One wonders: Did we really intend to love Vietnam, or Iraq? And then one thinks: Didn't we? Shouldn't we have? Why are we embarrassed by the word "love"? What violence in our disposition leads us to sneer at the word? What are we so angry at? What are we so afraid of?

"America," Hanh writes earlier in the book, "has been overwhelmed by fear." It is a simple observation, and absolutely true. Hanh's prescriptions are equally simple. First of all, take a deep breath.

Matt Steinglass writes for the Boston Globe and other publications, and for the children's television show "Arthur." He lives in Hanoi, Vietnam.