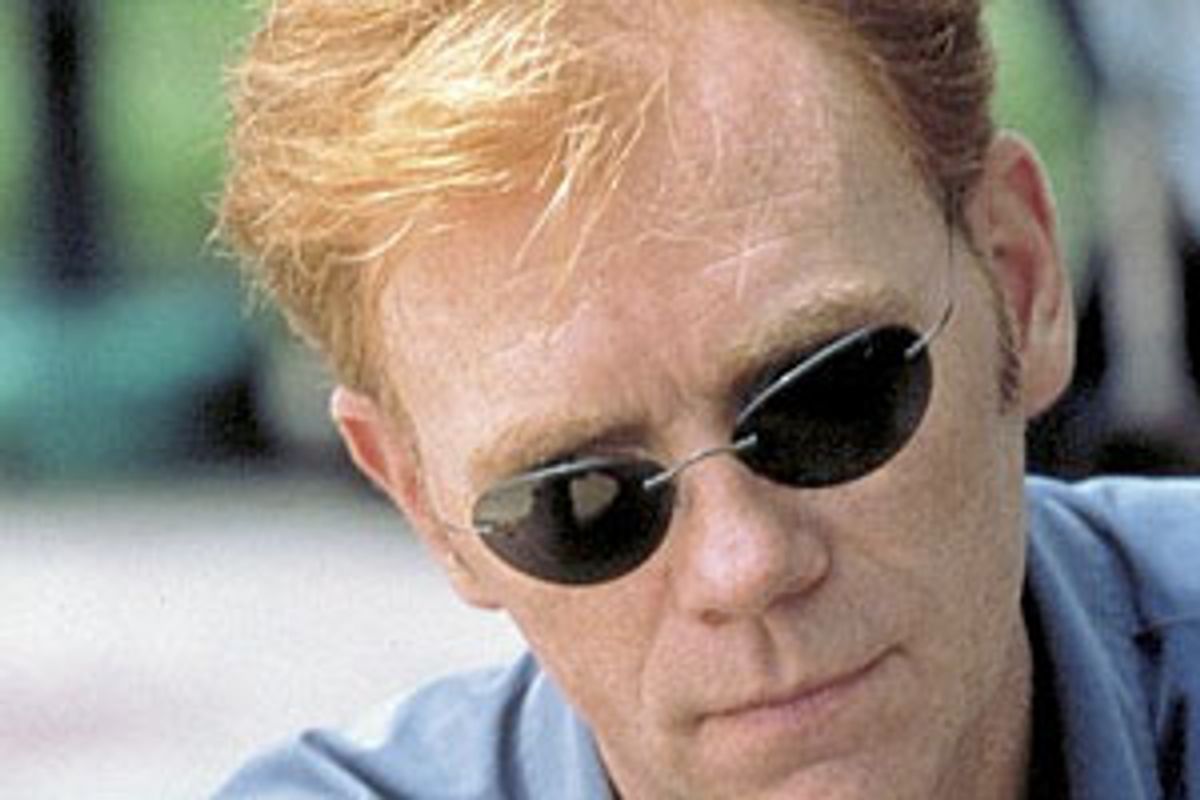 Getting infuriated by bad TV is a spectacularly useless kind of rage, an exercise in futility akin to bemoaning the badness of "Star Wars'" romance scenes or the stupidity of intelligent design advocates. It's always better to just change the channel.

But getting mad about bad TV depictions of video game culture takes such pointlessness to truly stratospheric heights of inanity. When I first saw the reports Monday morning on various geek news sites warning that the upcoming episode of "CSI: Miami" involved a plot in which college students run amok around town imitating scenes from a game called "Urban Hell Raiser" (an obvious homage to "Grand Theft Auto"), I found it hard to get riled. I was more amused than anything else -- who can't grin at the thought of one medium already under (misguided) assault for purveying murderous schlock going after another? Sure, TV rots your brain, the producers seemed to be conceding, but, but, but, look over there -- video games destroy your brain cells even faster.

I couldn't drum up even a mild indignance. Until I somehow found myself watching the show, and against all my better instincts, viewed the entire episode to the end. Like rubbernecking at the scene of a car wreck, it proved impossible to look away.

Readers beware: Motivated by pure venom, I'm going to spoil the hell out of this episode. The hook is that a band of murderous university students are acting in a bizarre fashion -- for example, they rob a bank, but abandon the stolen cash. It doesn't take long for an ex-gamer cop to realize that the bad guys are reenacting scenes from a video game so evil that it gives players bonus points if they rape bystanders during a crime. "Now you know why I stopped playing the game at home," the cop confesses.

In conjuction with the venom and disgust that enfuses the word "gamer" when it's spoken by star David Caruso, aka "Horatio Caine," it is made clear, as one poster on the Web noted afterward, that people who play games are but one step removed from pedophiles or suicide bombers in the social hierarchy of evil. Even worse, one gamer actually plays so long without a break -- "70 hours!" -- that he experiences renal failure and dies. Evil, stupid and unlikely to reproduce!

But that's not the real kicker. When Horatio confronts a slick, smarmy executive from the company that makes the game, the suit refuses to divulge any information about the internal narrative of the game that would help the cops figure out the next target of the criminals. And, of course, he disclaims any responsibility for what people do in real life as opposed to what they are encouraged to do in a game.

To those of us who do live in the real world, as opposed to video game land or the tortured plot devisings of bad TV writers, it might seem unrealistic that a gaming company wouldn't cooperate with the police in such a circumstance. Kinda suspicious. Hey, you don't suppose the gaming company might be involved, do you? It turns out that executive isn't just smarmy -- he's Satan. Not only is the company providing bad role models to the youth of today, but, in an effort to boost sales in a competitive industry, it's also actively supplying college students with Tec-9 automatics and encouraging them to murder innocent people.

This neatly solves the problem of whether video games are responsible for violent behavior. If the gaming company itself arms its customers, the causal link is hard to deny. I'd almost be tempted to give the writers a point or two for irony, if I weren't entirely sure that it was completely unintentional.

Never mind that in the real world, teen violence has steadily declined, almost in parallel with the rise in sales of video games. Let's not go there -- after this episode of "CSI: Miami" I am almost ready to concede that there is a link between media portrayals of violence and the real thing. Just one hour of watching David Caruso's leaden acting and banging my head against this ridiculous plot did, I confess, make me want to get my own Tec-9 and start laying waste to televison executives. But I refrained, just as 99 percent of everyone who has ever played a violent game refrains from throwing a punch at someone in flesh and blood.

Instead, I'm going to devote myself to writing a screenplay for a cops-and-robbers TV show in which the producers of a cops-and-robbers TV show are found guilty of murdering members of their shows' audience every week in exactly the same style as the crime on that week's episode. The clincher will come when an undercover cop who is playing the role of the cop on the cop show arrests his own producer. And then everything will go black.