Is the end near for Ney?

Mounting evidence of the Republican congressman's unseemly dealings in the Abramoff corruption scandal bodes ill for the "mayor of Capitol Hill." 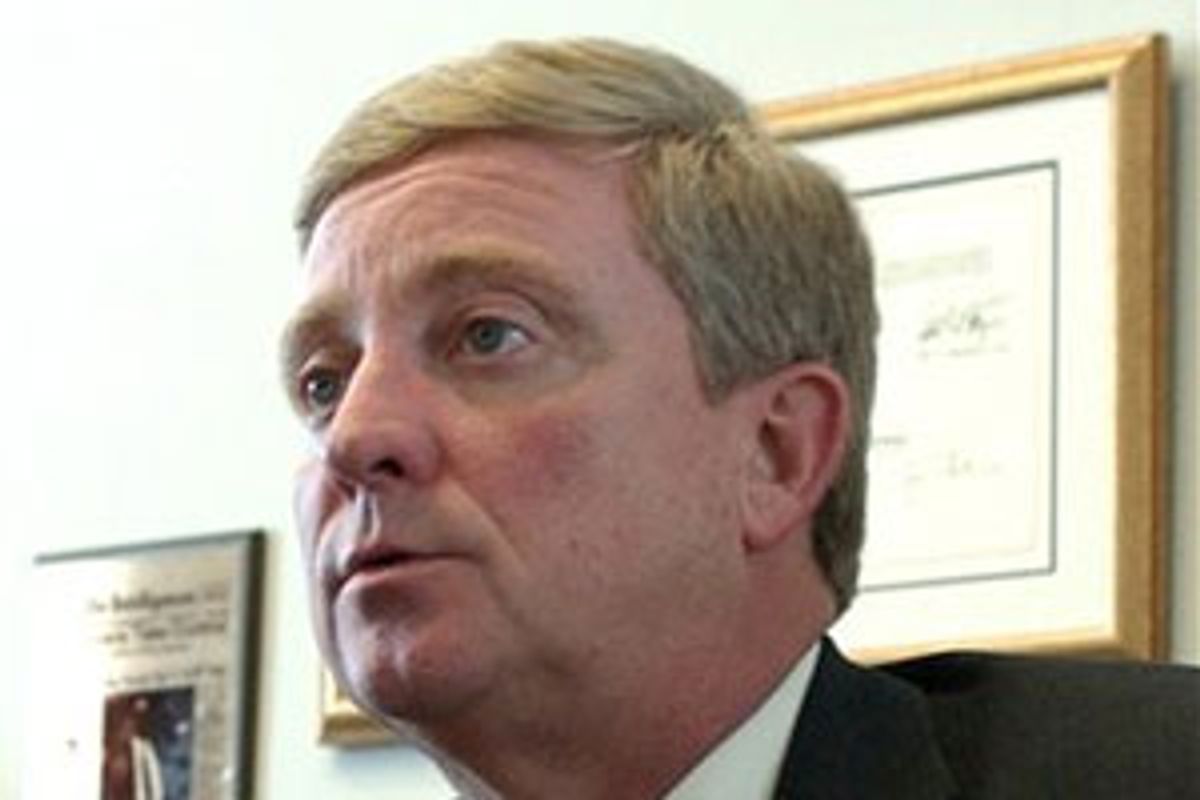 To hear his spokesman tell it, Rep. Bob Ney is a dupe, but not a criminal. The Ohio Republican did favors for disgraced lobbyist Jack Abramoff and his business partner Michael Scanlon, but they were nothing more than "official actions" taken in the course of a "normal, appropriate government process" involving no "improper influence."

That's the cover story, at least. A quick look at the Congressional Record, however, suggests the truth is a bit more damning. In fact, the betting money in Washington sees Ney, who is known by colleagues as "the mayor of Capitol Hill," as a pol whose days are now numbered. He may not be the only Republican in Congress to lose his job as a result of the Abramoff investigation, but he is likely to be first in line if congressional indictments come down. "If Bob Ney is not nailed to the wall here, given everything we know right now, it will be quite a surprise," says Norm Ornstein, a congressional scholar at the American Enterprise Institute.

In recent days, the Justice Department claimed a "Representative #1," later identified as Ney, was a major player in a conspiracy of political corruption. According to court filings, Abramoff and Scanlon provided Ney with "a stream of things of value," including "a lavish trip to Scotland to play golf on world famous courses, tickets to sporting events and other entertainment, regular meals at [Abramoff's] upscale restaurant, and campaign contributions." Ney or his staff also received tickets to the 2001 Super Bowl in Tampa, Fla., frequent golf expenses for greens around Washington, D.C., and a 2000 trip to the Northern Mariana Islands, an American territory in the Pacific that had hired Abramoff as a lobbyist. In an apparent exchange, prosecutors claim that Ney agreed "to perform a series of official acts" like placing statements in the Congressional Record, meeting with Abramoff's clients and trying to arrange a cellphone business deal for one of the lobbyist's clients.

These court filings are part of a plea deal for Scanlon, who was Abramoff's partner in a multimillion-dollar scheme to defraud a series of Native American tribes. On Monday, Scanlon, a former aide to Rep. Tom DeLay, R-Texas, admitted to conspiring to corrupt Ney and other "public officials"; he faces up to five years in prison and agreed to pay more than $19 million in restitution to the tribes. Prosecutors likely offered Scanlon a plea so that they could use his testimony to bring charges against others involved in Abramoff's lobbying business, including possibly Ney and DeLay, the former House majority leader, who is now fighting separate criminal charges for money laundering in a Texas court.

"DeLay and Ney are the big ones right now," says Sarah Feinberg, a spokeswoman for the Democratic Congressional Campaign Committee, which is hoping to make an issue of Republican ethics in the 2006 elections. "Whatever happens is going to happen to these guys."

Prosecutors are investigating the role of DeLay, who once described Abramoff as one of his closest friends, a fact that was revealed in a recent filing with the British government asking for information about a trip that Abramoff organized for DeLay in 2000. Dozens more senators and congressmen benefited from Abramoff's largess in recent years, and many of them later supported initiatives for Abramoff's clients. Rep. J.D. Hayworth, R-Ariz., and Rep. John Doolittle, R-Calif., held fundraisers in Abramoff's skyboxes at sporting events without properly disclosing the in-kind contribution, a possible violation of campaign finance rules. Others, like Sen. Conrad Burns, R-Mont., received $137,000 in campaign contributions from Abramoff and his tribal clients, and then helped one of Abramoff's clients obtain federal grant funding, a relationship that was first reported by the Washington Post.

"We know we have a number of members here, and that number may be more than two or three or four," says Ornstein, referring to the scope of the inquiry. "Right now I would be sweating bullets."

Documents released by the Senate implicate no politician as strongly as Ney. In June 2002, for instance, Abramoff sent an e-mail to one of his clients, the Tigua tribe of El Paso, Texas, asking for money. According to Abramoff, a person referred to as "our friend" had asked "if we could help (as in cover) a Scotland golf trip for him and some staff (his committee chief of staff) and members for August."

"The trip will be quite expensive," Abramoff continued. "I anticipate the total cost -- if he brings 3-4 members and wives -- would be around $100k or more." The recipient of the e-mail, a Tigua consultant named Marc Schwartz, testified before the Senate that the person called "our friend" was Rep. Bob Ney. Weeks after the e-mail, Ney and his chief of staff traveled to Scotland and the bill was apparently picked up with the help of Abramoff. Another participant in the trip, former White House official David Safavian, has been indicted on charges that he lied to federal investigators about his relationship to Abramoff.

The Tiguas considered Ney a friend because just months earlier he had agreed, according to another e-mail, to help reopen a shuttered Tigua casino. "Just met with Ney!!! We're f'ing gold!!!! He's going to do Tigua," Abramoff wrote to his partner Scanlon in March 2002. The deal to reopen the casino later fell apart.

In 2000, Ney also inserted statements into the Congressional Record at the behest of Scanlon. One statement praised the "track record as a businessman and as a citizen" of another business partner of Abramoff's, Adam Kidan. Kidan and Abramoff have since been charged with fraud in connection with a casino purchase in Florida, which was followed by the gangland-style shooting of the casino's former owner.

In a recent e-mail to reporters, Ney's spokesman wrote that many of the claims contained in Scanlon's plea agreement were "unsubstantiated allegations." "In fact, many of the things suggested to have occurred did not actually take place," the statement reads. (Ney's office did not return calls asking for more specifics.)

As a public relations strategy, such denials may hold off demands for Ney's resignation. But without clear evidence to contradict Abramoff's e-mails and the testimony of Scanlon, such claims will likely carry little weight in a court of law.