Who knew a movie musical could be worse than last year's over-the-top travesty "Phantom of the Opera"? 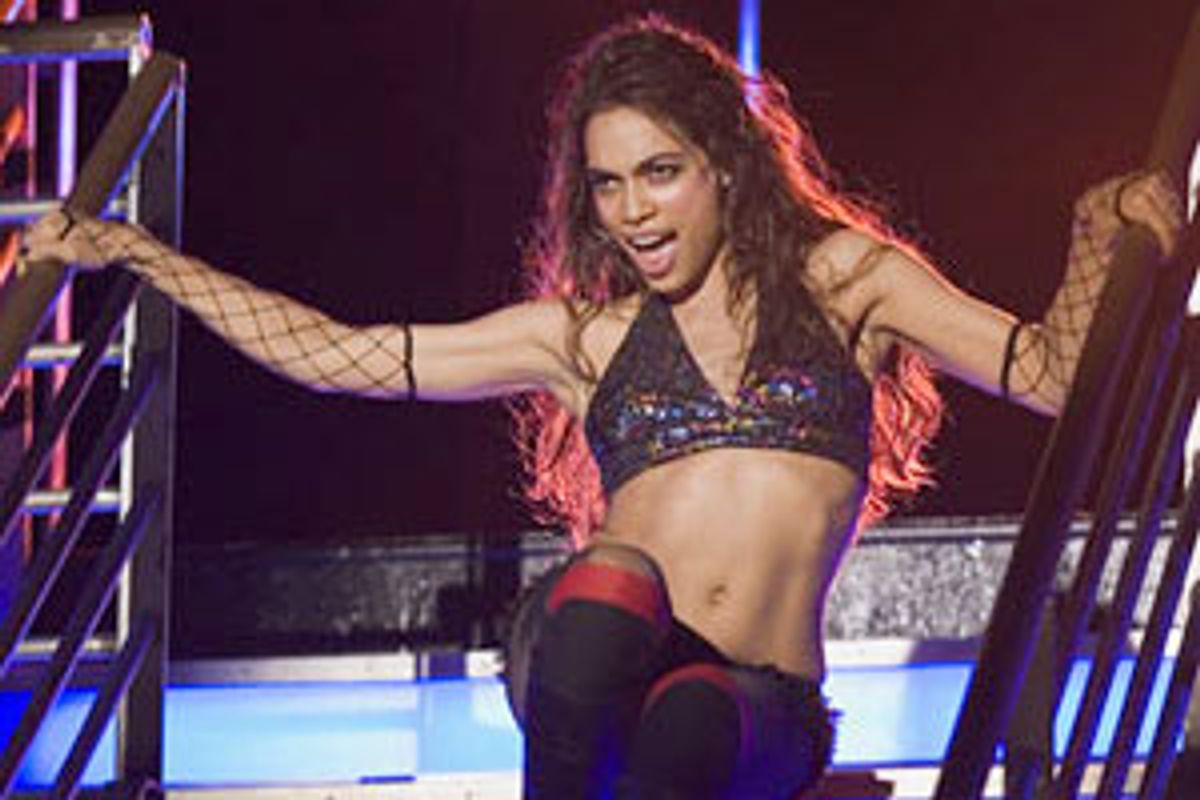 Oh, the plight of the struggling artist in New York, circa 1989: It's so hard to maintain your integrity when your parents keep leaving annoying, concerned messages on your answering machine, your old roommate marries a rich girl and is suddenly no longer amused by bad performance art, and, worst of all, your friends insist on dying of AIDS.

Chris Columbus' version of Jonathan Larson's alleged rock musical "Rent" spends most of its time congratulating itself on its own open-mindedness. Experimental filmmaking? Neat! Exotic dancing? Yeah! Homosexuality? Everybody into the pool! The movie's spirit of aggressive inclusivity reaches its apex in the noisy song-and-dance number "La Vie Boheme," in which the characters take over a bunch of tables in the middle of an East Village restaurant and mime several mildly non-missionary-style sex acts, just to show how open they are to alternative ways of, you know, living life. "When you're living in America at the end of the millennium," sings one character earnestly, in a different number, after he's tried to sell out and discovers the world of actually making a living just doesn't suit him, "you are what you own." Truer words were never sung, at least not since Florence Henderson donned a dirndl in "Song of Norway."

I wasn't sure a movie musical could be worse than last year's styrofoam-and-gilt swan-boat travesty "Phantom of the Opera," but I'm afraid "Rent" proves me wrong. The early scenes aren't so bad: At least the performers, and the absurd lyrics they're asked to sing, have earnestness on their side. The crushed-by-life rock star (Adam Pascal), the aspiring experimental filmmaker (Anthony Rapp), the beautiful-but-troubled dancer (Rosario Dawson), all prance and pirouette with gusto through the big opening number, wondering aloud, "How we gonna pay last year's rent?" They may be poor, but they know what their assets are: Later Dawson, who has the hots for Pascal and hopes to jolt him out of the funk he's been in since his junkie girlfriend committed suicide, scoots down on all fours and sings, "They say that I have the best ass below 14th Street." The evidence, as it twitches before us, is irrefutable.

But because -- and consider this a spoiler alert -- "Rent" is a story about life, love and loss, someone is going to die, and you can bet it's not going to be the obnoxious, sub-Karen Finley performance artist played by Idina Menzel: The sacrificial lamb here is the sweet, beloved-by-all tranny (Wilson Jermaine Heredia, who at one point offers a reasonably enjoyable number dressed in a cute Santa-girl outfit, even if Columbus shoots the sequence with patchwork-quilt visual craziness). As if that weren't enough, we get a further milking from a shameless almost-death scene at the end of the picture, in which a character goes limp, supposedly hearing the angels' clarion call. Columbus' camera travels with unvarnished deliberateness down that character's dangling arm, lingering on the lifeless fingers, which, lo and behold, begin to twitch with life. Not 30 seconds later, the whole gang is laughing and hugging, remarking on what a close call that was. We get all the poignance of a death scene and still get to go home with our happy ending.

Looking back on that scene, I almost can't believe it wasn't some sort of sick joke. But "Rent" is dead serious. Even though the picture is jampacked with enthusiastic singing, it's devoid of any real feeling -- its robotic, "Up With People" vigor leaves behind a cold, metallic aftertaste. I never saw the stage version of "Rent," so I'm not sure if Columbus has cluelessly trampled on Larson's material or, worse yet, merely presented it faithfully. (Larson died of an aortic aneurym just before the play went into previews in 1996.) But either way, Columbus isn't graceful enough as a filmmaker to navigate the story's smiley-face/sad-face twists and turns. The movie feels cluttered and forced; the scenes clunk along with an oompah-band rhythm.

What's most disheartening about "Rent" is watching all these performers work so hard, for so little payoff: It's frustrating to have an ensemble of young actors who can sing and dance (among them the eminently likable Rosario Dawson, and Taye Diggs, who's wasted here), and to realize that this is the best material anyone has to offer them. There's very little that's remotely musical about "Rent": The songs are like a vaudeville performer's idea of that newfangled rock music the kids are so nuts about these days.

And then there are the lyrics: "I'm looking for baggage that will go with mine," coos one troubled character to her potential soul mate. "You'll be my queen, I'll be your moat," sings another character to the guy he's fallen hard for. Larson wrote "Rent" as a reimagining of "La Bohéme," an exploration of the beauty and pain of being young, poor and artistically inclined and striving to express yourself. It's a fine idea in theory, but in the end, "Rent" is about nothing more than the oppressiveness of other people's self-expression. The depressed rock star in "Rent" takes a year to write one song. But the three minutes we spend listening to it seems interminable.