Terri Schiavo's husband starts a PAC devoted to defeating the Bible-thumping politicians who used his comatose wife as a football. 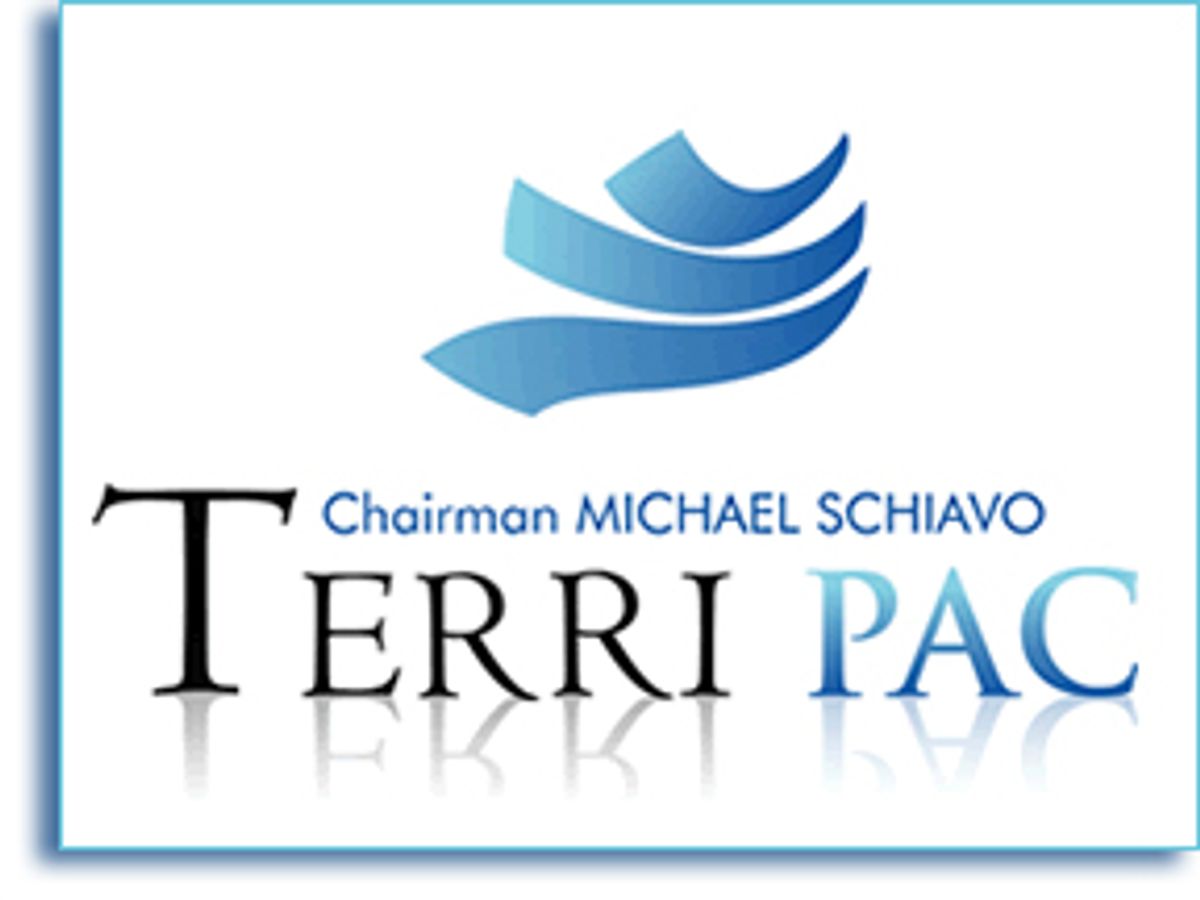 At the height of the battle, Michael Schiavo appeared to be a reluctant cultural warrior. His wife, Terri, lay comatose, in her 15th year of vegetative slumber, connected to a feeding tube, but well beyond resuscitation. Around her hospice, a political hurricane swirled.

In Terri's name, President George Bush interrupted his vacation, Sen. Bill Frist played doctor from the Senate floor, Florida Gov. Jeb Bush launched a flimsy criminal investigation, and Rep. Tom DeLay issued ominous political threats to the judiciary. The religious right had turned Terri into a symbolic beachhead in the battle for a "culture of life," and the Republican Party had answered the call.

But Michael Schiavo, who legally controlled his wife's fate, never showed any predilection for the limelight. In fact, he wished that everyone would just leave his family alone. "People are removed from their feeding tubes every day across this country," Schiavo told CNN's Larry King, in a rare interview last March. "The government chose this one to pander for their religious right, pander for their votes."

But now, as the one-year anniversary of Terri Schiavo's death approaches, Michael Schiavo is changing his approach and preparing to enter the political fray. Terri's fate has already been decided. Now her husband wants to claim her legacy. "For 15 years, I have been watching the politicians working their ways into my case. I felt I needed to do something when this was all said and done," Schiavo told Salon on Tuesday. "I didn't ask for this fight, but now I am ready."

This week Schiavo will roll out a new political action committee, called Terri PAC, with the hope of raising money to defeat the politicians who tried to intervene in the legal battle between Schiavo and Terri's parents, Bob and Mary Schindler. "Whatever I can do, I am going to do," says Schiavo, who works as a nurse in the Pinellas County Jail in Clearwater, Fla. Starting in January, he plans to change his work hours to three 12-hour shifts a week, allowing him more time to work on politics.

At the same time, Schiavo is putting the finishing touches on a book, "Terri: The Truth," which is scheduled for release in March. His former in-laws, the Schindlers, have also announced plans to publish a book with their side of the story in March. The Schindlers have been working to establish their own legacy for their daughter. This summer, the couple gave their support to a new seminarian scholarship in Terri's name at the Ave Maria University. "We feel that Terri was chosen by God to combat evil," Bob Schindler told a Catholic news service. "What a fine way to pay tribute to her life."

Terri PAC will not be the first time Schiavo has inserted himself into politics since his wife's death. During this year's Virginia governor's race, Schiavo volunteered his support for the victorious Democrat, Tim Kaine, after his Republican opponent, Jerry Kilgore, said he did "not agree to the forced starvation of any individual." Though Kaine did not trumpet the endorsement, the amount of press coverage it received was encouraging, says Derek Newton, a political consultant at the November Group, in Coral Gables, Fla., who is working with Schiavo. "From the PAC's perspective, Kaine's win was very important," Newton said.

One Florida Democrat, Rep. Robert Wexler, who represents parts of Palm Beach, says that Michael Schiavo could have an impact going into the 2006 midterm election. "Terri Schiavo and Michael Schiavo were some of the most prominent victims of the Republicans' abuse of power," said Wexler. "Michael Schiavo's effort is not only appropriate and timely, but it is also extremely important."

In addition to funneling money to certain political campaigns, the PAC will name those politicians who supported government intervention in his wife's case, as well as those who opposed intervention. Schiavo also hopes to use the Web site to educate people about the importance of living wills. Newton said that Schiavo has no plans to run for political office himself; the two have not yet discussed whether Schiavo will collect a salary from the PAC for his efforts.

In the interview, Schiavo mentioned Rep. DeLay, R-Texas, Sen. Frist, R-Tenn., and Sen. Rick Santorum, R-Pa., as primary targets of the effort. He also said he wanted to be involved in the upcoming Florida governor's race. "We are going to focus on holding these people accountable," Schiavo said.