The Pentagon is underreporting the number of American soldier casualties in Iraq, say House Democrats. 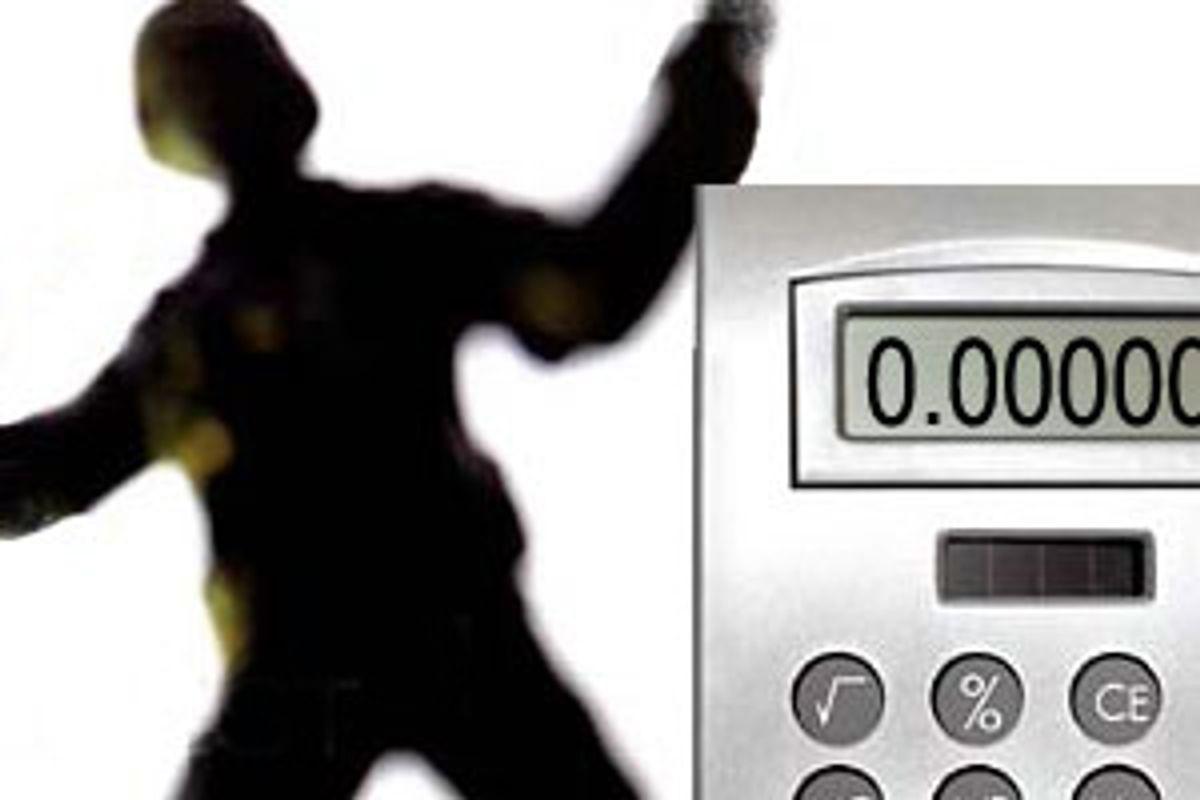 A group of seven House Democrats wrote President Bush this week, accusing the Pentagon of underreporting casualties in Iraq.

It's a shocking charge. The letter writers argue that Pentagon casualty reports show only a sliver of the injuries, mostly physical ones from bombs or bullets. But war doesn't work like that, the Democrats declare, adding that the reports skip a horrible panoply of accidents, illness, disease and mental trauma.

"We are concerned that that the figures that were released to the public by your administration do not accurately represent the true toll that this war has taken on the American people," the group wrote Bush on Dec. 7. The Dems are right.

Pentagon casualty reports show 2,390 service members dead from Iraq and Afghanistan and over 16,000 wounded. By far the vast majority of the wounded and dead are from Iraq.

But by Dec. 8, 2005, the military had evacuated another 25,289 service members from Iraq and Afghanistan for injuries or illnesses not caused directly by enemy bullets or bombs, according to the U.S. Transportation Command. That statistic includes everything from serious injuries in Humvee wrecks or other accidents to more routine illnesses that could be unrelated to field battles.

Yet those service members are not included in the Pentagon's casualty reports. That's odd. The Merriam-Webster dictionary defines a casualty as "a military person lost through death, wounds, injury, sickness, internment or capture or through being missing in action."

"We don't do Webster's," Jim Turner, a Pentagon spokesman told me in 2004 as I was reporting on counting casualties. In a written statement, the Department of Defense told me that the casualty reports describe casualties to fit the "understanding of the average newspaper reader."

In the past few weeks, I've been spending time with two soldiers currently getting treatment at Walter Reed Army Medical Center in Washington. One is a 40-year-old man who served in Iraq with the South Carolina Army National Guard. He got hit by a truck in Iraq, fracturing a vertebra, chipping another, and hurting his shoulder. The impact also caused his brain to rock violently inside his skull. He has been diagnosed with traumatic brain injury. His wife can't dispatch him down the aisle of a supermarket to fetch ice cream because he often can't remember what happened just five minutes ago.

Another 46-year-old soldier who served in the West Virginia Army National Guard was in an armored personnel carrier that crashed into an eight-foot hole. Because of his traumatic brain injury, his memory is shot. He slurs his words like a drunk and walks with a cane because of dizzy spells. Given the way the Pentagon tabulates casualties, neither of these men count.

Neglecting these kinds of casualties does not appear to be an invention of the Bush administration. Pentagon casualty reports from previous wars, including Vietnam, list the number of dead and wounded and also appear to exclude non-combat injuries and illnesses.

In their letter to Bush, the Democrats cite a November 2004 "60 Minutes" segment (to which I contributed), which featured "badly injured soldiers who were upset by their being excluded from the official count, even though they were, in one soldier's words, 'in hostile territory.'" Democrats assert that counting casualties sustained only from bombs and bullets "does not represent the entire picture of American lives affected by the war."

As the war goes on, that picture is becoming more painfully clear. The Department of Veterans Affairs provides soldiers with medical care after leaving the military. An October V.A. report shows that 119,247 service members who fought in Iraq or Afghanistan -- and are now off duty -- are receiving health care from the V.A. Presumably, some of those health problems are unrelated to the war.

But the statistics seem to show that a lot of those health problems are war-related. For example, nearly 37,000 have mental disorders, including nearly 16,000 who have been diagnosed with posttraumatic stress disorder. Over 46,000 veterans of Iraq and Afghanistan receiving benefits from the V.A. have musculoskeletal problems. These are all veterans who within the last four years were considered by the military to be mentally and physically fit enough to fight.

In their letter, the seven Democrats assert that the entire picture of casualties coming out of the Department of Defense is distorted. But the letter concludes that one thing is clear: "What we can be certain of is that at least tens of thousands of young men and women have been physically or psychologically damaged for life."