The strange White videos of Barney and Miss Beazley. 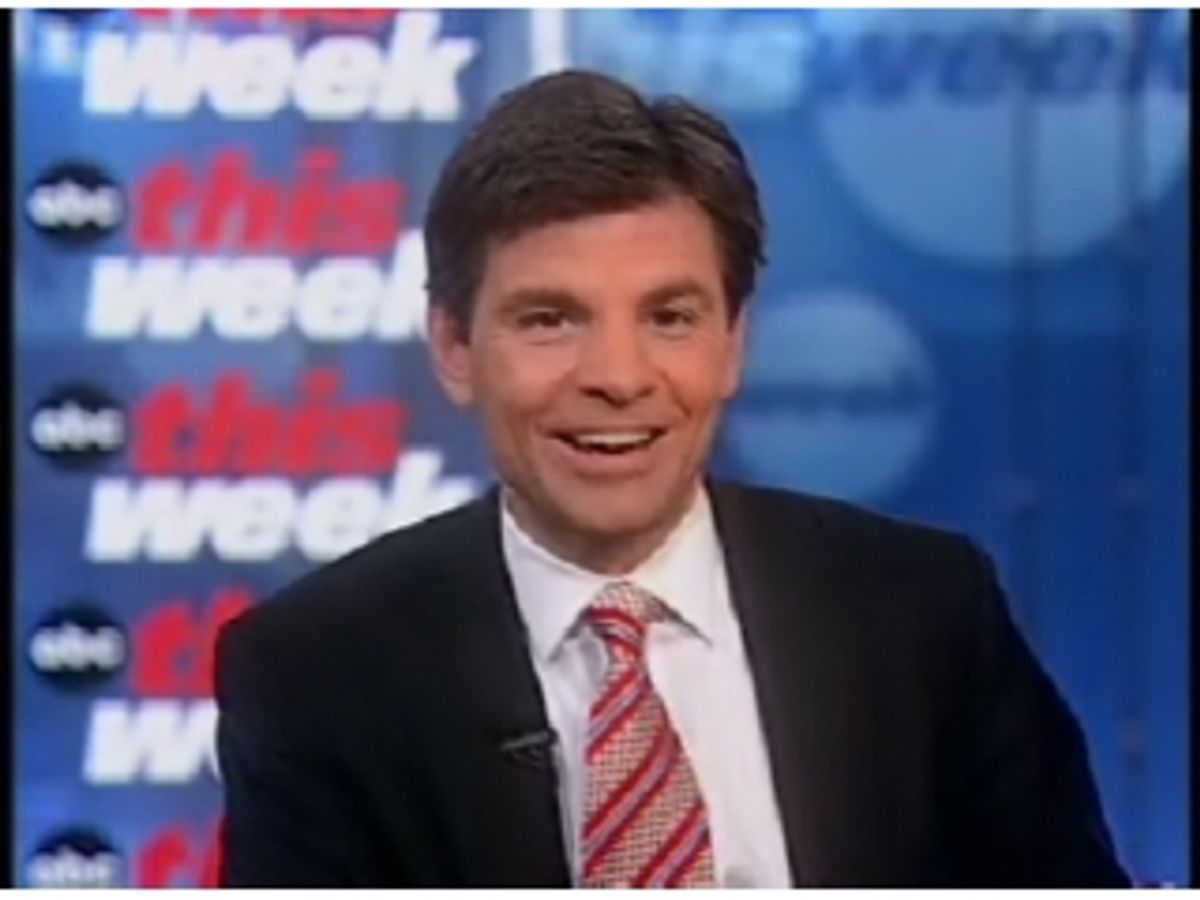 The Web videos created to promote the first family's dogs (Barney and Miss Beazley) -- and to burnish the idea that this West Wing is like a grown-up Mickey Mouse Club, where everyone wanders around saying "gosh" and pretending dogs are people -- are deeply strange. The madcap premises (Miss Beazley's poll numbers are up while Barney's are down, and boy, is he steamed!) make you yearn for that other, purple Barney's subversive humor. Much stranger, though, is the forced cheer in the performances of White House staffers; you can practicallly hear the gunshots Karl Rove is firing off at their feet as he cackles "Dance! Dance!"

But what's George Stephanopoulos' excuse for contributing to a lame White House promo? Here's his dialogue: "It is all about Miss Beazley at the Bush White House this Christmas. At the end of her first year with the first family, this pretty pooch is the star in show this holiday season." Maybe he was just excited about participating alongside "Access Hollywood's" Nancy O'Dell? C-Span's Steve Scully also appears, but he at least gets points for being the only remotely amusing part in this 9-minute, government-paid ad for White House family values.

[Go here to watch. Stephanopoulos, O'Dell, Scully and Chief of Staff Andy Card are all in the first minute.]