What is this ad about?

Hey, who put the gay subtext in the cologne commercial? 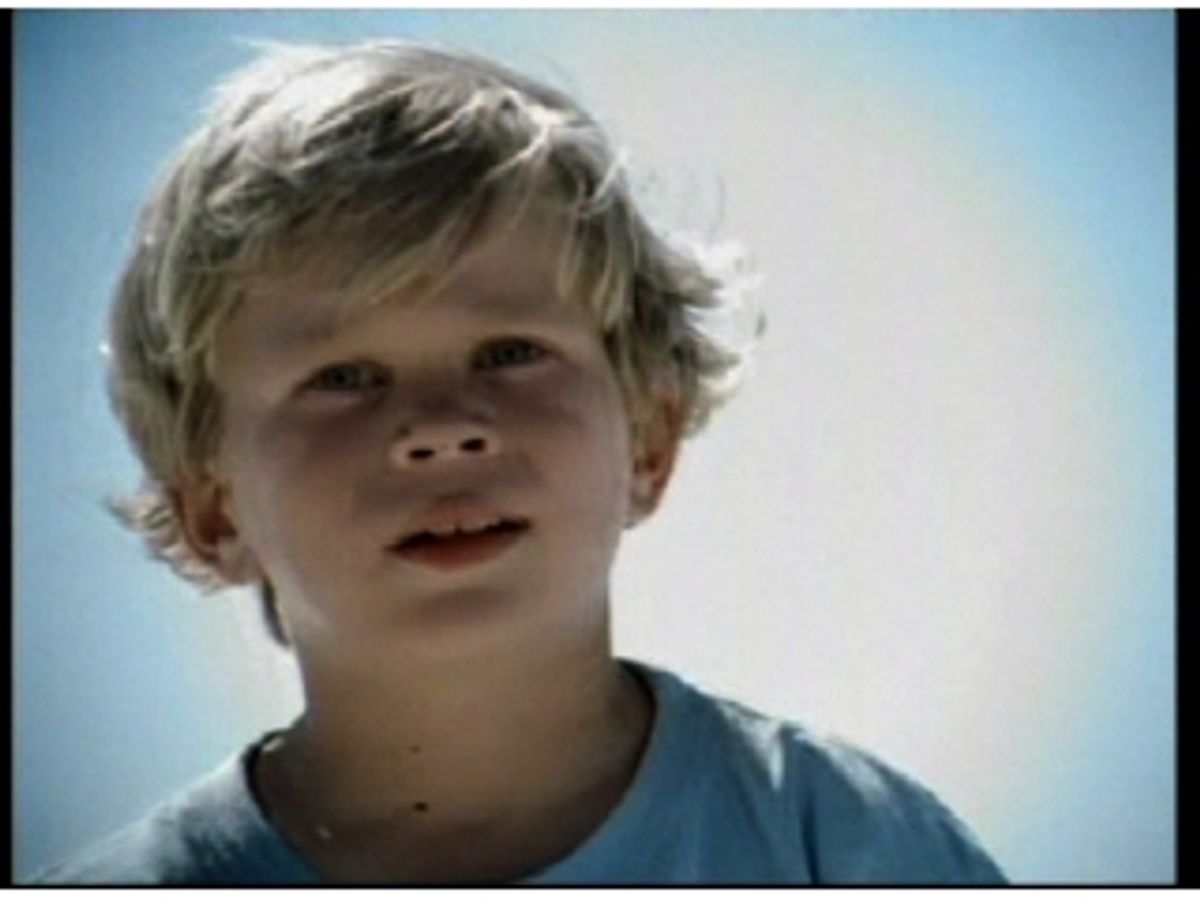 Maybe it's the "Brokeback" effect, but we're really beginning to question the portrayals of our most sacred icons of American masculinity. That includes, to our great concern, the cologne model. Watch the odd new ad for Chrome and see if you don't have the same expression of confused bewilderment that the little guy sports below. Are the two men in the ad, frolicking and wrestling in their white flannel along the beach, the young boy's father and grandfather? Father and a buddy? Or his two daddies? What is that doleful soundtrack supposed to signal? Who is that woman hovering off in the distance, taking pictures but mostly ignored and excluded from all the fun? And what is "Chrome" supposed to suggest to us, anyway: Strong like metal but ... shiny and pretty? All theories are welcome in the comments section below.