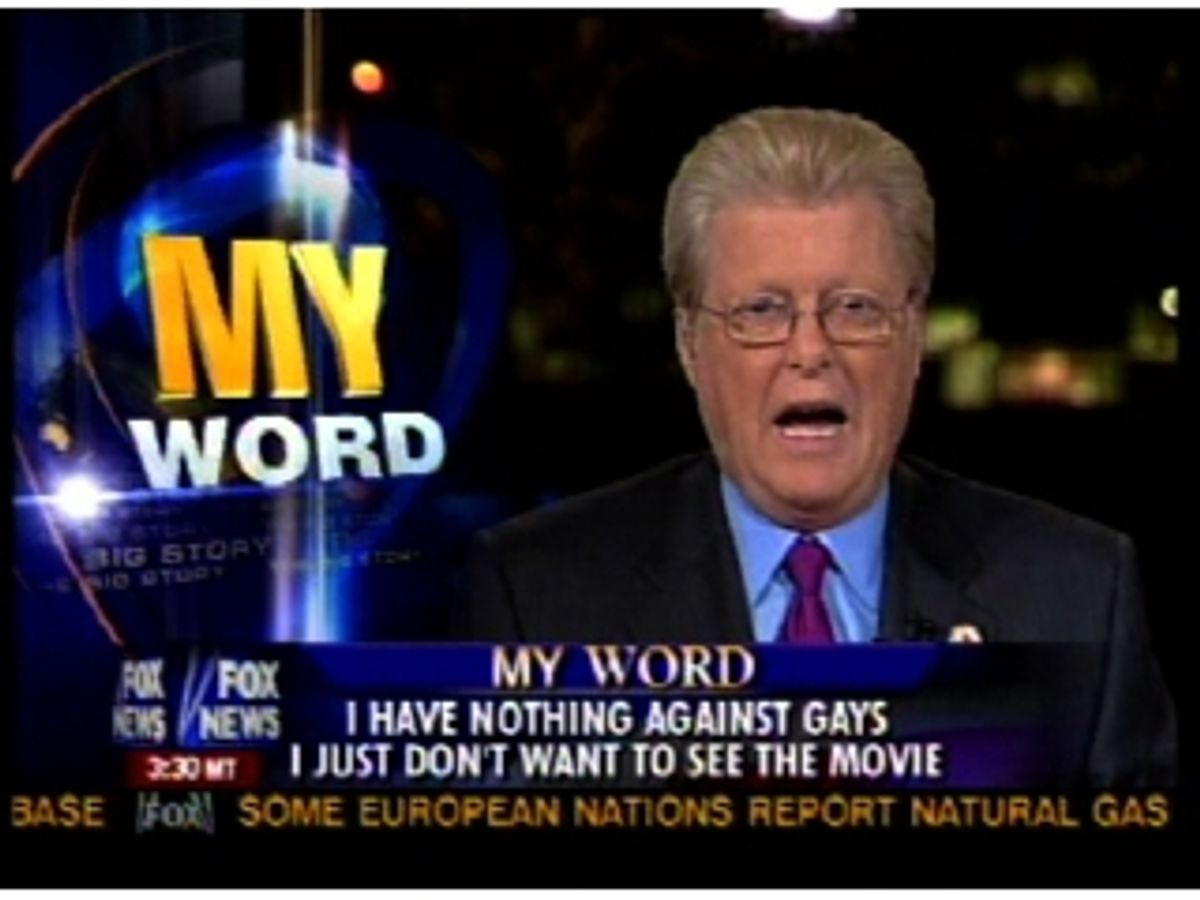 Fox blond bombshell/fibber John Gibson doesn't like "Brokeback Mountain." No, of course he hasn't seen it -- just the thought of it makes him feel all yucky inside -- but that doesn't stop him from branding it a "gay agenda" film that will bomb at the box office. (It isn't, by the way.) The film, clearly, has confused him. For moral support, he cites Larry David, who joked in a New York Times Op-Ed that he won't see "Brokeback" because he fears it might turn him gay. Possible Gibson translation: Were he to actually see the film, he too just might let down that golden beehive and love, true and free.