From his lofty perch on the sidelines, the ethically challenged former speaker denounces corruption in politics. 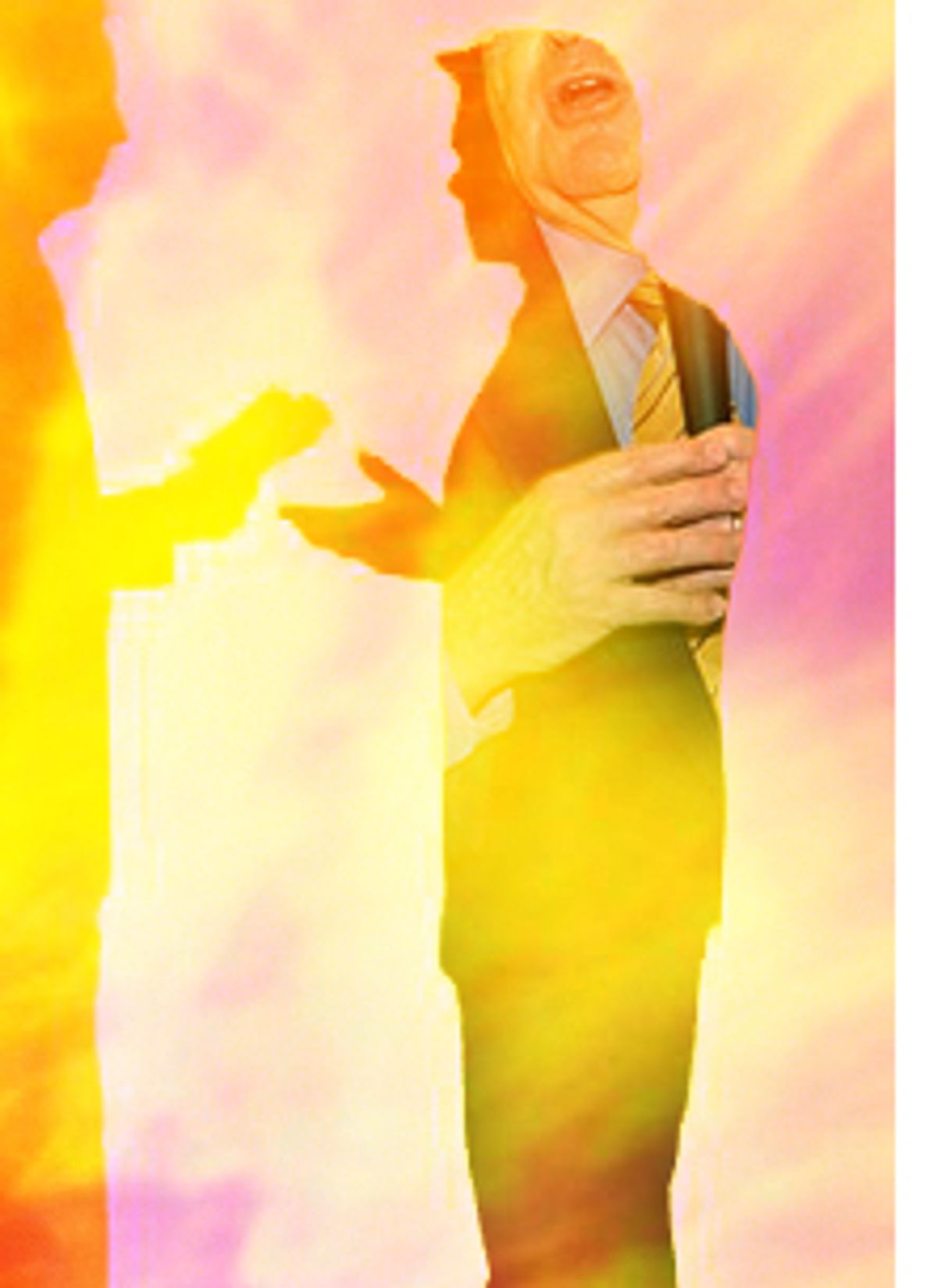 Former House Speaker Newt Gingrich, who rose to power in 1994 by exposing -- and exaggerating -- Democratic corruption, found himself on familiar footing Wednesday in the basement ballroom of the Hotel Washington. This time, however, his target was the corruption of his own party, and the exploits of one of its former stars, the disgraced lobbyist Jack Abramoff.

"The more I have learned about this, frankly the angrier I have gotten," Gingrich, the former speaker of the House, told a gaggle of reporters. "The indifference to right and wrong is very troubling."

Just minutes earlier, he had been warmly received by more than a hundred members of the Rotary Club of D.C., a group who had listened attentively after lunching on beef stew and lemon cream cake and singing a spirited round of the Washington Redskins anthem. The timing of Gingrich's indignation was impeccable: Exactly 24 hours after Abramoff had entered a guilty plea, sending shivers of fear through much of Capitol Hill, he had scheduled a speech on the problems of congressional corruption. The back of the room was lined with television cameras. Reporters littered the ballroom, leaning on its mirrored columns. At 62, Gingrich appeared to be one of the younger people in attendance.

"Washington will presently get caught up in sophisticated, complicated self-analysis when the facts are pretty simple," he told the crowd. "People did the wrong things and they should not be allowed to get away with it."

He then proposed a series of new rules and regulations to end corruption. Lobbyists and politicians, he said, should be required to disclose all of their encounters on a weekly basis. There should be better reporting on foreign funds used to influence government. He even suggested that limits on political contributions should be relaxed -- to dilute the advantage of multimillionaires who run for Congress -- as well as a ban on all fundraising within the District of Columbia.

"Clearly the system is much too biased in favor of incumbents," said the pol, who led the revolution that unseated more than 30 incumbent Democrats in 1994. Gingrich resigned from the House after the 1998 elections, but has pointedly not ruled out a campaign for the White House in 2008.

For veterans of congressional ethics scandals, Gingrich makes an unlikely champion of clean politics. It is Gingrich, after all, who still holds the distinction of being the only sitting House speaker to be disciplined by his colleagues for ethical wrongdoing. "Gingrich has a tremendous pot-calling-the-kettle-black problem," says Gary Ruskin, director of the Congressional Accountability Project, a watchdog group that hounded Gingrich during the 1990s. "This hardball fundraising strategy was started by Gingrich."

Before the 1994 election, several reports noted that Gingrich had been warning the heads of corporate political action committees to give generously to Republican candidates or face political retribution. It was a threat that soon became conventional wisdom, as Republican leaders built increasingly close ties to the lobbying community and more and more corporate funds found their way into Republican coffers. By 1996, Gingrich found himself saddled with a number of ethical problems similar in type, though not in scale, to the Abramoff scandal. He was accused of misusing nonprofit organizations for political purposes, personally benefiting from political contributions and giving false statements to ethics investigators. The House eventually voted to reprimand Gingrich and require him to pay a $300,000 penalty.

Back then, many of Gingrich's Republican colleagues turned against him, in much the same way that Gingrich has now taken to criticizing Republicans tied to Abramoff. "Newt has done some things that have embarrassed House Republicans and embarrassed the House," said Rep. Peter Hoekstra, R-Mich., at the time.

At the Rotary, Gingrich joined a growing chorus of Republicans who are trying to get out in front of the ever-broadening ethics scandals. For instance, Grover Norquist, a former advisor to Gingrich, has called on Congress to consider making it more difficult for individual politicians to give favors, like pork barrel spending, to favored lobbyists. "If you put the birthday cake under the sink the cockroaches will find it," Norquist said, in a telephone interview Wednesday afternoon. "Get rid of the cake and you will get rid of the cockroaches."

Norquist has personal ties both to Abramoff and the scandal, having worked closely with the former lobbyist, who was a personal friend, for decades. According to documents and testimony produced in the Senate, Norquist played a role in Abramoff's work, at one point arranging meetings between Abramoff's clients and White House officials for which Abramoff later took credit. Norquist's organization, Americans for Tax Reform, also received money from Abramoff's clients that was later used to pay Ralph Reed, another Republican strategist, who was secretly working with Abramoff.

By contrast, Gingrich has the liberty of criticizing his colleagues from the sidelines. In his retirement, the former speaker has remade himself as an above-the-fray public policy intellectual, who does corporate consulting as well as pro bono work for the Pentagon and the Department of Health and Human Services. His speeches, filled with bullet-pointed facts about China, India and entitlement spending, often drift into inspirational corporate jargon and cryptic diagrams. "Real change will require real change," he told the Rotarians. "New results require new ideas, new actions, and sometimes, new structures and new cultures."

In recent years, Gingrich has returned from the shadows to once again become a regular presence on television; in fact, the Rotary lunch was bracketed by a morning and afternoon appearance on Fox News Channel. On Tuesday, Gingrich raised his independent profile further by telling the Washington Post that an election should be held to replace Rep. Tom DeLay, R-Texas, as the House majority leader, who is currently struggling to retain his title. DeLay faces a Texas indictment for illegal campaign fundraising, and the prospect of further charges from the Abramoff investigation.

"I don't think you can run the House without a majority leader and I see no prospect that DeLay will, in any sense, be cleared up in any reasonable time," Gingrich told reporters at the Rotary event.

There was some irony in Gingrich's attack on DeLay, whose power has diminished considerably in recent months. Back in 1997, when Congress was debating a reprimand of Gingrich, DeLay spoke out in defense of him and in favor of party unity. "Let's stop this madness," DeLay declared on the House floor. "Let's stop the cannibalism." Nine years later, Gingrich shows no signs that he plans to return the favor.