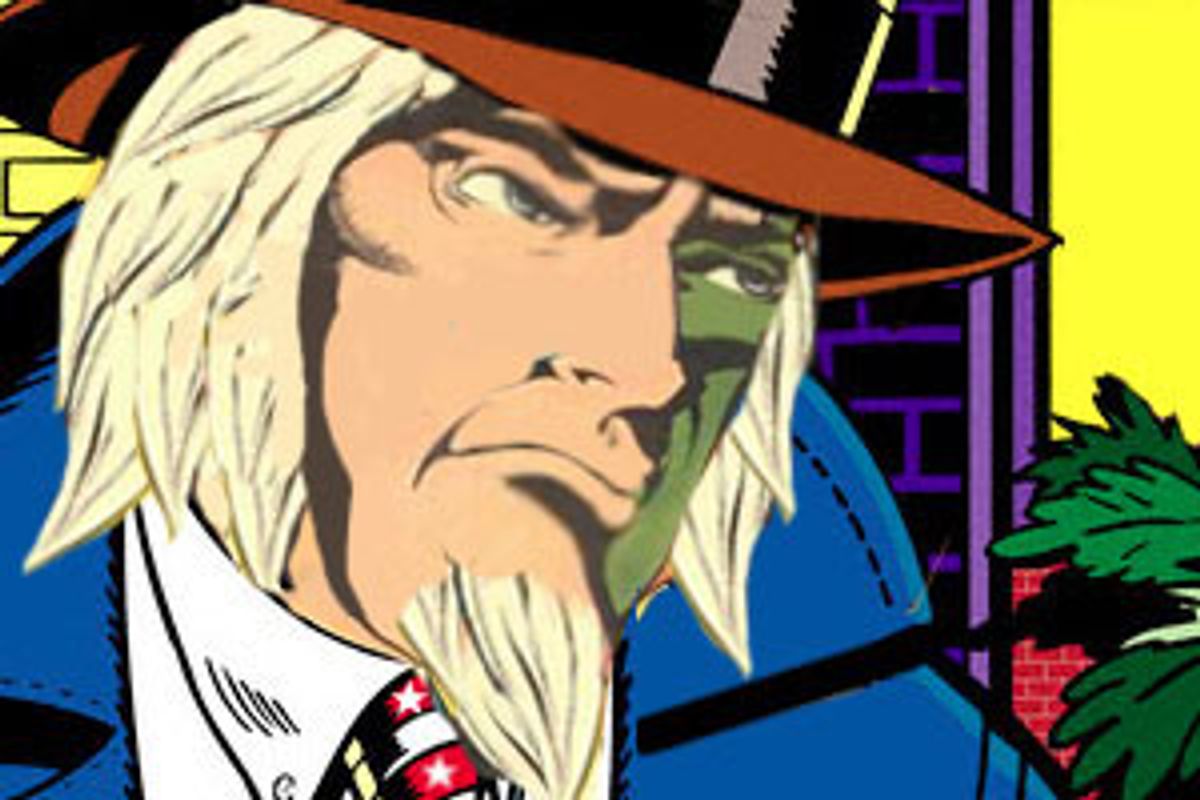 What does Dick Cheney have in common with Democratic campaign consultants?

This is not a trick question built around hairline, health or hard-nosed philosophy of government. Instead, what unite the vice president and the opposition-party operatives are their fears of the fallout from the National Security Agency eavesdropping scandal. Cheney, of course, is not talking, so his views have to be inferred at a distance. But the Democratic consultants are outspoken about their political concerns over the warrantless wiretapping furor, as long as their identities are protected by don't-use-my-name-in-print anonymity.

Typical was my lunch discussion earlier this week with a ranking Democratic Party official. Midway through the meal, I innocently asked how the "Big Brother is listening" issue would play in November. Judging from his pained reaction, I might as well have announced that Barack Obama was resigning from the Senate to sell vacuum cleaners door-to-door. With exasperation dripping from his voice, my companion said, "The whole thing plays to the Republican caricature of Democrats -- that we're weak on defense and weak on security." To underscore his concerns about shrill attacks on Bush, the Democratic operative forwarded to me later that afternoon an e-mail petition from MoveOn.org, which had been inspired by Al Gore's fire-breathing Martin Luther King Day speech excoriating the president's contempt for legal procedures.

A series of conversations with Democratic pollsters and image makers found them obsessed with similar fears that left-wing overreaction to the wiretapping issue would allow George W. Bush and the congressional Republicans to wiggle off the hook on other vulnerabilities. The collective refrain from these party insiders sounded something like this: Why are we so obsessed with the privacy of people who are phoning al-Qaida when Democrats should be screaming about corruption, Iraq, gas prices and the prescription-drug mess?

Recent polling data reinforces skepticism about the size of an untapped civil liberties vote. In a survey conducted in the first week of January, after the eavesdropping scandal hit the headlines, the Pew Research Center for the People & the Press found the electorate evenly split on the issue. (For those who love the precision of polling questions, 48 percent said it was "generally right" to monitor Americans suspected of terrorist ties "without court permission," and 47 percent said it was "generally wrong.") This division should not be surprising, since voters are evenly split on virtually every public issue aside from declaring war on Canada.

It is a truism of political discussion that everyone loves to refer vaguely to an entity known as "the polls," but no one likes to read clotted paragraphs filled with numbers. So trust me when I say that Pew and other pollsters have repeatedly found that fears of terrorism trump a concern for civil liberties. (Here are the details, if you really must know: In the same January poll, Pew found that 46 percent of the electorate worry that the government "has not gone far enough" in fighting terrorism, while only 33 percent said that the government "has gone too far in restricting civil liberties." Those numbers have remained consistent since Pew first asked this question in mid-2004.)

Asked to put the survey results in 2006 campaign terms, Andrew Kohut, director of the nonpartisan Pew Center, said, "If I were a Democratic consultant, this issue wouldn't be a top one that I would take to swing voters. I would use it to rally the base. But I think overall the Democrats have better issues." Karlyn Bowman, a polling analyst at the American Enterprise Institute, sounded a similar theme: "I don't think that the eavesdropping issue will be a big negative for the Democrats, but I don't think it will be a positive either."

These assessments were all made before Osama bin Laden released his latest tape threatening new attacks on America. Even card-carrying members of the American Civil Liberties Union may have felt a momentary shiver of fear that (to quote an ad for a "Jaws" sequel) "this time it's personal." But more than four years after the horrors of Sept. 11, ingrained American political attitudes are unlikely to significantly change either way because of the broadcast of a menacing videotape on Al-Jazeera.

The larger question hovering over the Democrats, like any other out-of-power party, is how to strike the right balance between conviction and expediency. Rich Galen, a Republican strategist, expressed the consultants-know-best argument in the most bipartisan tone he could muster: "As we Republicans learned with Ralph Reed and the Christian Coalition, those on the ideological edges are willing to lose an election on the grounds of doctrinal purity. Consultants don't do that. Consultants are in the business of winning elections."

But Time magazine columnist Joe Klein ("Primary Colors") will argue in a new book coming out this spring, "Paradise Lost," that misjudgments by Democratic consultants have played a major role in leaving the party without a power base more influential than the state of Illinois. And from my own vantage point, the Democrats' positioning on the eavesdropping issue invites comparisons to their fetal crouch in the run-up to the Iraqi War. A majority of Senate Democrats voted for Bush's go-to-war resolution -- including John Kerry, John Edwards and Hillary Clinton -- at least partly because the pollsters insisted that it was the only politically safe position, a ludicrous and self-destructive notion in hindsight.

The problem with a consultant-driven overreliance on polling data is that it is predicated on the assumption that nothing will happen to jar public opinion out of its current grooves. As Elaine Kamarck, a top advisor in the Clinton-Gore White House and a professor at Harvard's Kennedy School of Government, argued, "These guys [the consultants] just don't get it. They don't understand that in politics strength is better than weakness. And a political party that is always the namby-pamby 'me too' party is a party that isn't going to get anyplace."

Kamarck also shrewdly pointed out that if leading Democrats follow the consultants and abdicate the field on the NSA spying issue (Hillary Clinton, please call your office), "They're going to leave the critique open to the far left. And that will exacerbate two problems the Democrats have: one, that they look too far out of the mainstream, and the other, that they don't believe in anything."

The Senate Judiciary Committee hearings on illegal eavesdropping, scheduled to begin Feb. 6, come at a time of intense soul-searching by the lost-in-the-wilderness Democrats. Having failed to mount a coherent and consistent opposition to Samuel Alito -- the long-feared judicial nominee who would destroy the balance on the Supreme Court -- the party's leadership may be tempted to drop the wiretap issue if the first few days of hearings do not deliver any vote-getting revelations. But politics sooner or later becomes a test of character and not merely a paint-by-numbers exercise in low-risk electioneering. These are key weeks for the Democrats to decide whether they believe in anything other than polls and the frail hope that the Republicans will self-destruct.