In an excerpt from her new memoir, Ann Marlowe ponders why she has been drawn to romances with much older -- and younger -- men. 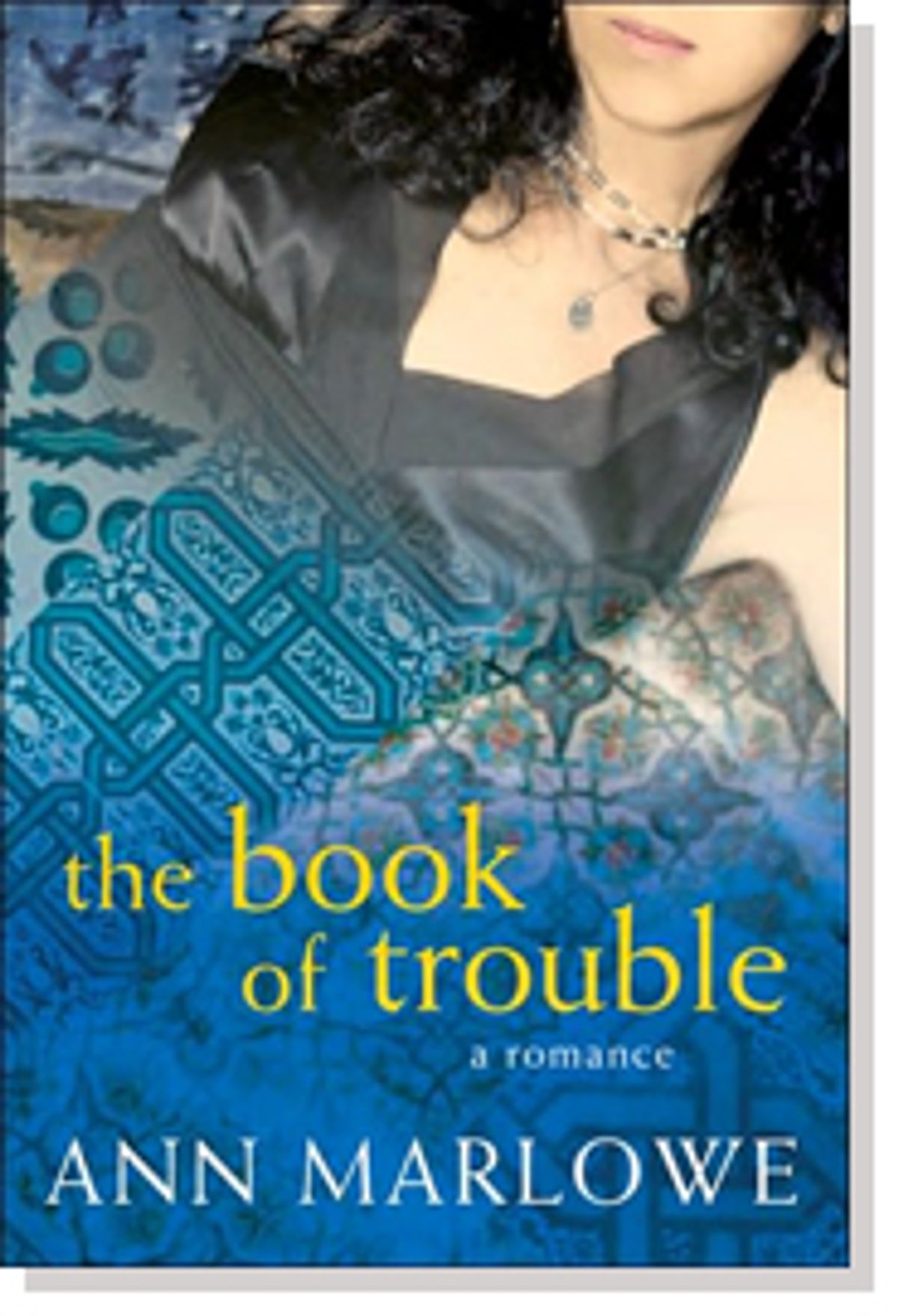 When I daydreamed that winter about a future with Amir, our difference in age loomed far more ominously for me than our difference in background. It wasn't just the fact that I had to have a child soon or not at all, while in my view, Amir wasn't anywhere close to ready for fatherhood. It was in a lot of little things, like the way he was still surrounded by his Princeton crowd, the way he spoke about the joys of "partying," the many experiences he hadn't had that were already old for me. But at the same time, our ten-year gap in age went some way toward making our romance possible.

It was a tremendous thrill knowing that Amir, at thirty four, was as crazy about me physically as I was about him. At forty four I could see signs of decay in my body even if he could not, even if those who saw us together could not. But most of what I've loved about being with younger men, including him, hasn't been reassurance about my looks. The real joy is in being able to be more emotionally generous. Because it is not so deadly serious, because I don't think in terms of marrying these men, because I am not trying so hard, I can be the flexible, reasonable and solicitious woman that I wish I were all the time.

When I was in my twenties I mainly dated older men, men in their thirties or early forties; I don't think one was as old as I am now. Sometime in my early thirties I crossed over to dating younger men. The first was Dave, eight years my junior. And as I reached my forties, I realized that I'd been dating younger men for almost a decade.

These romances across the years were an ongoing topic for banter not only with many of my male friends but with my women friends too. And I'd come to see some commonalities among us. Many of my friends who date much younger people have never married, or married very briefly, and have no children. It's obvious even to us that we have our issues, both with our parents and our own generation. We older partners may be able to be kinder, wiser, or more seductive when it isn't serious, or we think it isn't, as it allows us to relax long enough to let the relationship happen. With younger partners, we're able to be more tolerant. It's easier to excuse someone who's nearly young enough to be your child for behaving like a kid; it's easier not to take acting out personally when it's sketched in such broad strokes. And we may be more willing to forgive as we realize how many of our trespasses were forgiven when we were young.

To take off on the famous one-liner about Jews, love between people far apart in years is just like other kinds of love, only more so. It lends itself to dramatizing our confusions about family, both the family in which we were raised and any family we might wish to create. There's an Oedipal element in these affairs, as in all love. But much of what we seek in them isn't that simple. In fact, they're more meaningful and more appealling as conventional family structure dissolves.

It used to be that affairs with partners much younger or older paid tribute to generally acknowledged notions of appropriate couplings by flouting them. Their frisson came from their forbidden quality and the eroticism of differences. But now American and European families are slipping out of their patriarchal moorings. Gender roles and the meaning of adulthood are both blurring. Gay marriage is under debate, half of all marriages end in divorce, 20% of American children are born out of wedlock. In this new context, making love across the generations -- are the parameters ten years, fifteen, twenty? -- becomes a way of exploring what we want from family and community rather than a way of defying them, a search for connection and meaning rather than a relief from them.

Some of what we're increasingly looking for in all of our romances, no matter the age of the partners, is the traditional, intact society Peter Laslett poetically termed 'the world we have lost.' I am not the only one to long for the tenderness and natural pleasure in domestic life that still echoes here and there in the stories told by our immigrant grandparents or great-grand-parents. We miss the firm grounding in our age group and the bond of tenderness across the generations that arises naturally in traditional societies, where marriage and child-rearing are nearly universal, age and gender roles are well-defined, and children and parents of whatever ages live together -- often literally -- in relative harmony. We miss it as much as we dread it.

Affairs between people far apart in age are among other things a way to recover this tenderness and heal the wounds inflicted by our birth families. Most of the younger men I've been with, and many of the younger women or men dating my friends, have had difficult or unusual relationships with their families. Many lost parents early in life, were raised by single mothers, or left home in their mid-teens. One man I used to date, Dave, is at the other extreme, still living with his parents in his late thirties though he can well afford not to. More are like Amir. They haven't seen their parents in years, or pay duty visits a couple of times a year. I can think offhand of a half dozen men who've dated older women -- my exes, friends' boyfriends -- who only call their parents every few months, and see them less frequently than that.

Mortality enters into every love, but it's sharper when there's a big difference in age. Some of my tenderness to my older lovers' bodies came from knowing their fragility. I knew it more strongly when I was with an older man. I couldn't stop thinking, He'll die before me. It seemed a steep price to pay for the wisdom and sophistication and money and power he had over me. I would pity him for his mortality if nothing else, pity him even if he had no pity for me.

It's a shock to realize that some of these men are in their sixties now. By chance I saw the picture of one of those old lovers recently in a business publication; he looked like a grandfather, white beard and genial smile. Yet in my mind he's still thirty seven to my twenty two and tells me to read the Wall Street Journal and the New York Times cover to cover every single day, even if I have to go save them til the weekend. How tall would the pile of those newspapers stand now, twenty three years later.

Affairs between younger and older partners are innately risky, insisting on chemistry rather than logic, the moment rather than the long run, difference rather than similarity, the erotic rather than the practical. The attempt to reach across the most intractable of barriers humans face -- time -- intensifies the emotional bond. These affairs can be what anthropologist Clifford Geertz called "deep play," theaters in which we act out the dramas most crucial for us. And the first and most emotional is the attempt to come to terms with the notion of family itself, with taking our place in the roster of generations.

Some of the emotional generosity I tried to give to Amir might have gone, if my life had taken different turns, to a son instead. And some of what he took from me, I'd grown to suspect, was what he felt had been denied him by his parents and the cruelties of politics and history. This displacement of family feelings may have something to do with the tendency of some older women to date younger men they have to take care of emotionally or even financially, men who cannot in return take care of them. Love across the generations always carries a whiff of the unnatural, but it also can heal the injuries of time and restore us the tenderness we believe is our due.

Excerpted from "The Book of Trouble: A Romance" (c) copyright 2006 by Ann Marlowe. Reprinted by permission of Harcourt Inc.