The world as we know it 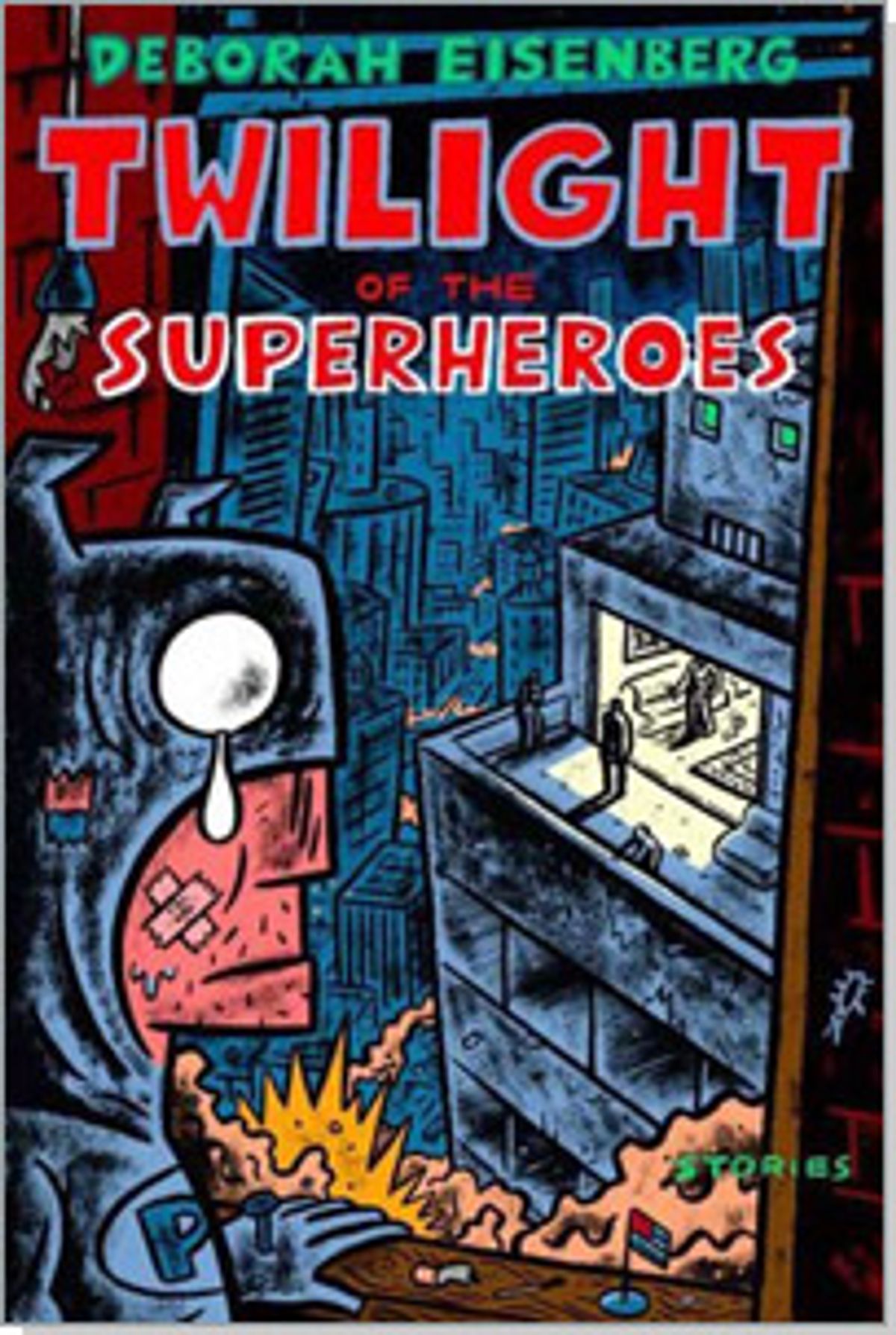 Most of us have at least one friend who is so strange, exasperating and, at times, so downright perverse that we're tempted to cut all ties and be done with it. But we suck it up and stay in touch, because we'd miss those goose-bumpy moments when that irksome, taxing accomplice does or says some extraordinary thing, giving us the sense that the world has cracked open and we've been allowed a quick glimpse into its workings.

For many admirers of the modern short story, Deborah Eisenberg is that friend. In collection after collection she has crafted challenging, baffling, revelatory tales that are somehow dense and airy at once, like filigreed steel -- stories that rear up, latently significant, in the reader's memory long after the book has been put away, seemingly clearer in the recollection than in the reading. "All Around Atlantis," "Under the 82nd Airborne," "Transactions in a Foreign Currency" -- for 20 years, with these and other books, Eisenberg has been forging one of the most distinctive, singular careers in American writing, with a plethora of fellowships and O. Henry awards to boot.

Her latest, half a dozen longish short stories collected under the deceptively winsome title "Twilight of the Superheroes," will no doubt delight Eisenberg's old fans. With a little luck, it will win her some new ones. And while her attention to detail here is, as always, masterly, Eisenberg is no miniaturist; she doesn't do small. What she aims to create with "Twilight," it seems, as with her earlier collections, is nothing less than a record of our time, right now. Far from perfect (the title story is, at several points, perilously weak), "Twilight of the Superheroes" is nonetheless something of a wonder -- peering through wildly varying eyes and expertly reconnoitering myriad lives, these six tales reveal what this new millennium really, finally feels like, now that we're really, finally in it.

Ambitious stuff. Fortunately, Eisenberg's got the chops for it. In this one collection, she convincingly inhabits (and allows us to inhabit) the now twitchy, now tranquil minds and anxious bodies of 1) a family-phobic gay man agonizing over his sister's schizophrenia, 2) an adulterous mother with the heart of a poet, 3) an American high-school biology teacher traveling alone to Italy, where she experiences a litany of subtle humiliations at the hands of a morose narcissist, 4) a successful New Yorker named Lucien, grieving for his late wife (killed by cancer) while also navigating the city's blasted, torturous emotional landscape in the months after 9/11  get the picture? Men, women, children, teens, straight, gay, sane, crazed -- like many of the best storytellers, Eisenberg is seemingly fearless when it comes to exploring the world through a new lens.

Of course, such fearlessness rarely goes unpunished. When reading the collection's title story, for instance, one senses that perhaps Eisenberg, despite her deep insight and even deeper compassion, overstretched when she tackled Sept. 11. Granted, the story is not so much about that one day as it is about the persistence of memory, the callowness of youth, the acid of self-doubt, the bonds of love -- all worthy themes, of course, and all perfectly apt grist for Eisenberg's vision. But there's simply no getting around the fact -- the writer doesn't allow us to get around the fact -- that the collective nightmare of 9/11 is as much a character in the story as the widower Lucien, or his nephew Nathaniel, or Nathaniel's friends, Madison, Amity and Lyle.

This is, quite baldfacedly, "The Author's 9/11 Story," and the effect, alas, is simply deflating. Not depressing, or saddening, or unsettling. But deflating. In the end, the story is, simply, blah.

There is great fiction yet to be written about 9/11 -- there has to be -- but "Twilight of the Superheroes," the short story, is not it. That said, even with its failings, the effort has enough sparks of excellence to remind us that we're in the hands of a pro, someone incapable of not taking chances, and we nod, admiring, even as we see that the story won't stand.

"For a long time now," Eisenberg writes, describing the air of toxic wonder at Nathaniel's beautiful, poisoned sublet, across the street from ground zero, "they've been able to hang out here on the terrace without anyone running inside to be sick or bursting into tears or diving under something at a loud noise or even just making macabre jokes or wondering what sort of debris is settling into their drinks. These days they rarely see -- as for a time they invariably did -- the sky igniting, the stinking smoke bursting out of it like lava, the tiny figures raining down from the shattered tower as Lyle faints."

So. The story is not a complete, unqualified success. The writer, uncharacteristically, seems unsure of her aim (or, perhaps, of her target). And yet, for anyone who was in New York that day, Eisenberg has summed up in 90 words what the city felt like for months and months and months afterward.

That's what artists do. Even their failings cast a revealing glow.

The other five stories in the book, without exception, are gems, but two, in particular, shine brightest: "Some Other, Better Otto" (with its portrait of longtime companions living, almost despite themselves, a loving life) and "The Flaw in the Design" (about a family buffeted by a beloved, beautiful son's terrifying depression) each encompass worlds -- small, contained worlds hinting at a largeness that might be found in ourselves and in others, if only we could slough off our fears, bigotries and blighted hopes.

As one of the closing paragraphs from "The Flaw in the Design" has it, as the stricken son's mother considers a stranger with whom she's about to have an affair: "He was handsome, yes, and maybe that was all it was about, really. And maybe it was just that beautiful appearance of his that caused his beautiful clothing, too, his beautiful overcoat and scarf and shoes to seem, themselves, like an expression of merit, of integrity, of something attended to properly and tenderly, rather than an expression of mere vanity, for instance, or greed."

Such moments of self-revelation are as rare in "Twilight of the Superheroes" as they are in life. Eisenberg knows this, and offers them without comment, allowing their brief, intense flashes of insight to illuminate each seemingly insignificant gesture, word and glance that came before. Gestures, glances, moments of near-unbearable empathy and of cruel disconnect -- as with all of Eisenberg's fiction, these stories show us who we are, and what we're capable of. They chronicle, and edify, our time.