The disturbing twists and turns of Fox's "Skating with Celebrities." 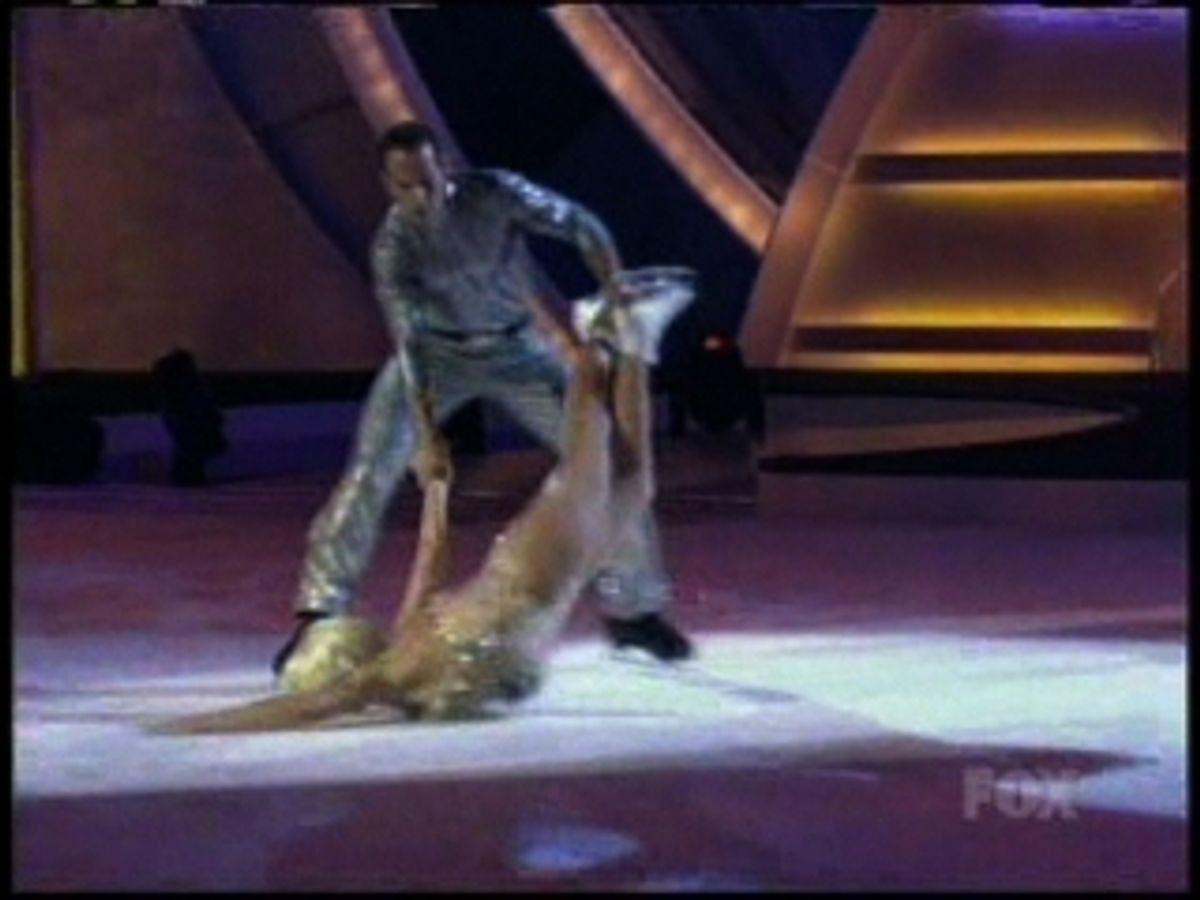 Fox's "Skating with Celebrities" is truly a demented show. While a very awkward Bruce Jenner and a surreal cross-dressing Dave Coulier get high scores from the judges, pop star Debbie Gibson and actress Kristy Swanson almost maim themselves doing crazy stunts, but still end up in the bottom two. After cutting her chin on the ice twice but still skating a million times better than Jenner or Coulier, Swanson falsely believes she's been eliminated. But then, her cry of "What the hell are you talking about?" is probably the most appropriate response to the entire bizarre show.