Chappelle bares his soul to Oprah. 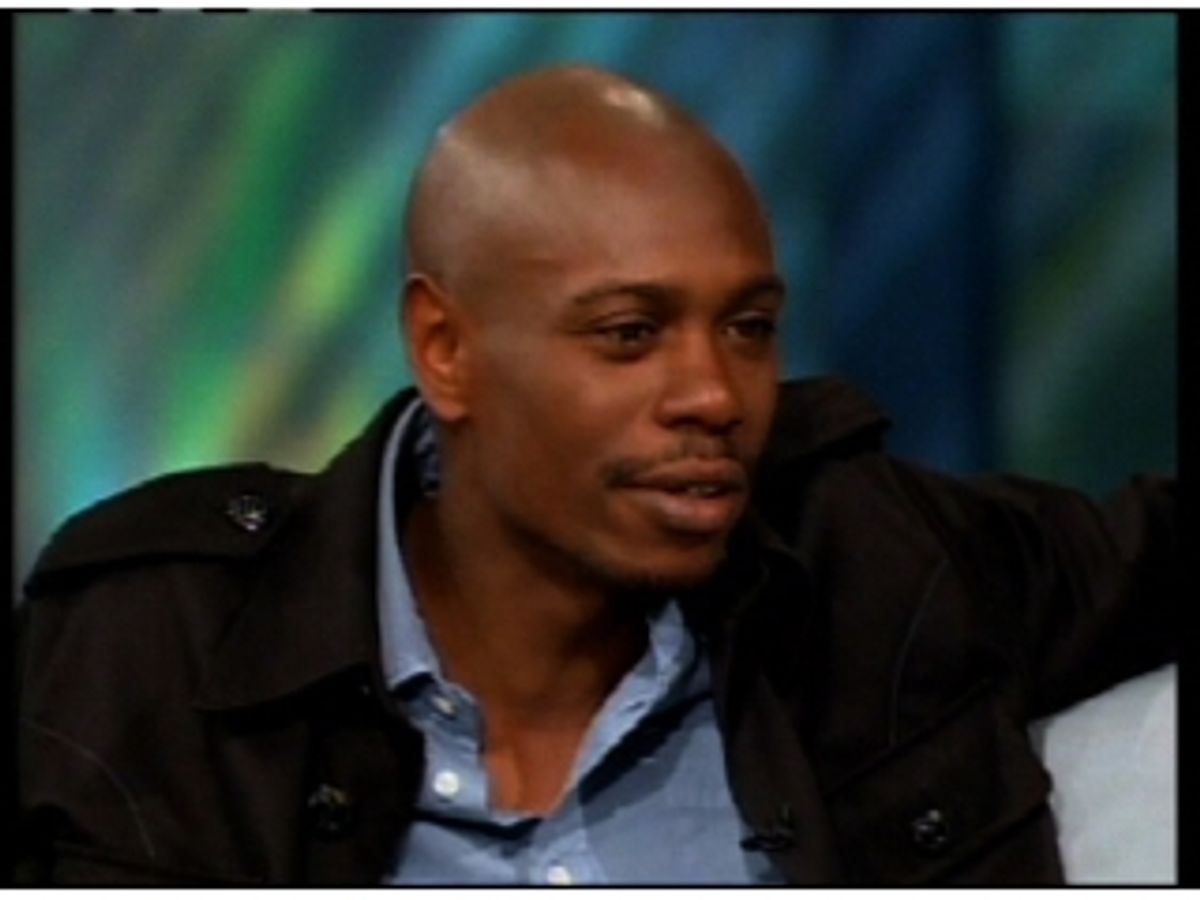 Dave Chappelle talked to Oprah today, his first televised sitdown since walking away from his $50 million contract with Comedy Central, and said that he would in fact try to reach an agreement with the cable channel to do the show, or at least finish out his last season -- that was unclear -- provided they could create a good work environment and he would retain creative control of the show. Then he talked vaguely about possibly giving half of his DVD revenues to some sort of charity.

But the whole show was a bit painful to watch. Chappelle seems painfully shy, and his stories came out in fits and starts (the show was jumpily edited, suggesting that his rambling stories made it a difficult show to put together. Anyone who has Oxygen, tune in tonight for the "Oprah: After the Show" show.) Chappelle admits to being "stressed out" but felt that Comedy Central was bullying him during his last few weeks on set. Various people, he said, kept "trying to convince me that I was insane. They were trying to get me to take psychotic medication," though he didn't specify who these people were. He admits to walking out, and going off to Africa, without telling anyone (including his wife and children) except his brother, prompting Oprah to say, "Now that sounds a little crazy." He responded: "It's not crazy because the situation warranted it." And it all seems compounded by a painful breakup with his longtime writing partner, Neal Brennan, whom he criticized for describing him to the media as being "out of control" (LexisNexis, for what it's worth, could not find that quote) and for never calling him during his hiatus.

The most illuminating part of the show, though, centered on a crisis of conscience Chappelle seems to have had over the show's message. This doesn't seem surprising; many have wondered what he really thinks about all those young fans who made the DVD of his show the biggest seller of all time. Do they get his incisive commentary, or are they just laughing at the racial stereotypes? This particular incident on the set of "The Chappelle Show," Chappelle told Oprah, had a big impact on him.