"The Brief History of the Dead" 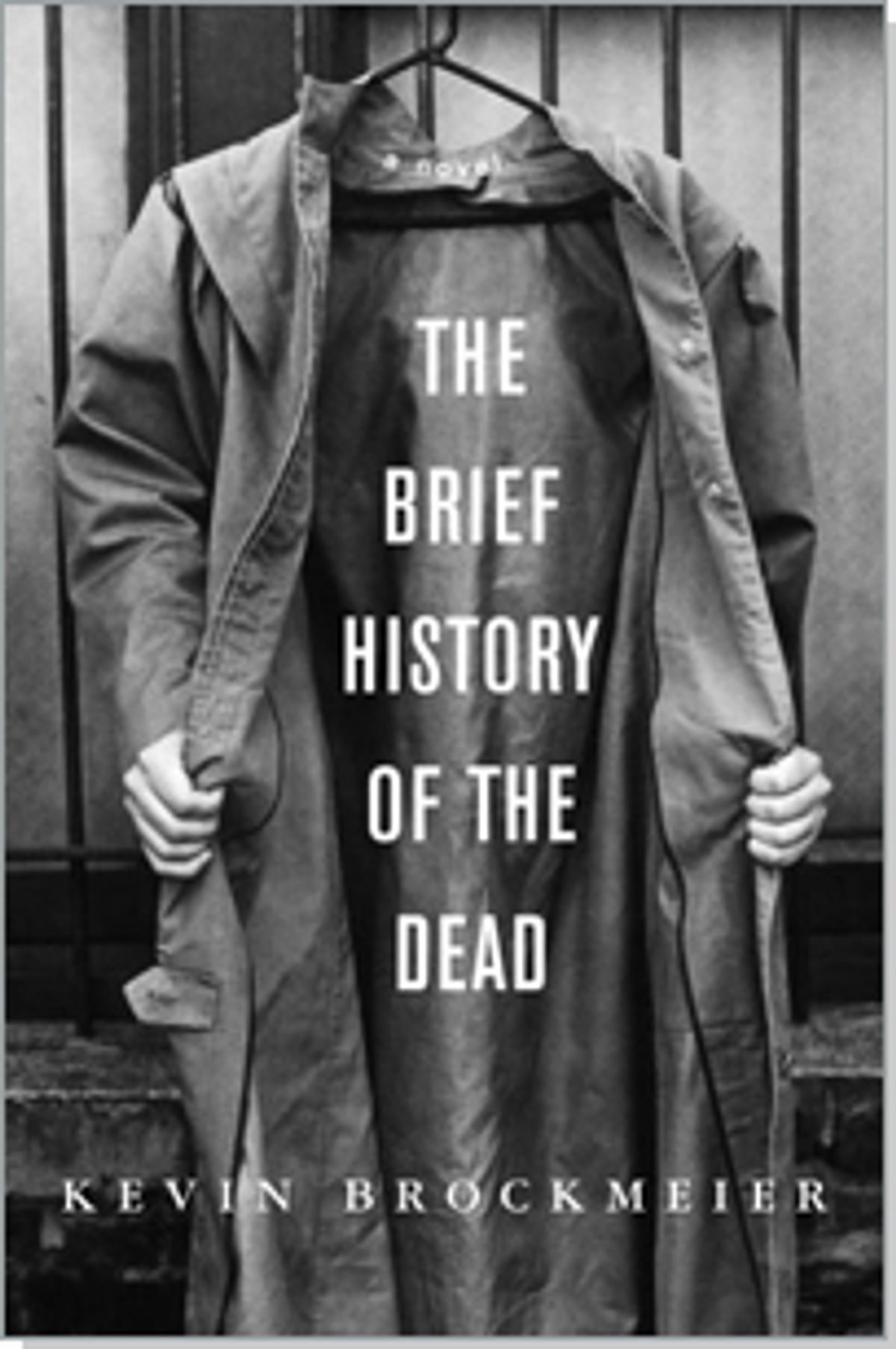 Kevin Brockmeier's second novel is both eerie and intimate, as befits a book whose first chapter appeared in both "The O'Henry Prize Stories" and "The Year's Best Fantasy and Horror." It begins in a city, or, rather "the city," a metropolis not unlike New York (it has a river, a subway and a Christopher Street) but that has no discernible boundaries -- in fact, it seems to go on forever. The people who inhabit the city work in diners, banks and jewelry shops; there's even a modest newspaper. They drink coffee, drive garbage trucks and play mah-jongg. Everything about them is ordinary except for the countless different hallucinatory ways they got to the city: by crossing a "desert of living sand," riding a trolley through a forest of giraffes, and falling into an "ocean the color of dried cherries." Everyone in the city is well aware of the fact that they are dead.

The city and its residents make up one strand of Brockmeier's story. The other concerns Laura Byrd, a "wildlife specialist" employed by the Coca Cola Corp. in a near future where whales, gorillas and elephants are extinct and the polar ice caps have begun to melt. We only gradually discover the differences between Laura's time and our own because her strand of the novel takes place in Antarctica, where Laura -- along with a couple of guys who carry on like a latter-day Rosencrantz and Guildenstern -- has been stationed on a somewhat bogus research expedition. A few weeks into their stint, communications with the outside world get cut off and the supply helicopter doesn't show, so the two guys head off for another station to seek help, leaving Laura alone.

Then we're back to the city again, where recent arrivals, materializing in hordes, talk about an epidemic sweeping the planet. And then the population of the city begins to thin out drastically. The remaining inhabitants gather together in one neighborhood and contemplate the theory that their city is an intermediate zone and that they "would remain there only so long as they endured in living memory." Huge chunks of the city vanish, "in one case, a weedy, half-dead golf course stretched over what ought to have been -- but was not -- four city blocks named for the great cities of Southern Africa: Kinshasa, Nairobi, Lusaka and Johannesburg.

Once the survivors compare notes, they realize that most of them remember some connection to a single person -- Laura Byrd. Though dead, they get a second chance, of sorts, with life. Laura's childhood best friend falls in love with one of her college professors; a computer programmer acquires a newfound appreciation for tiny fragments of memory that he suspects are "where the true meaning of his life's burden lay." Laura's parents, who have drifted apart, begin holding hands in restaurants again.

This is one novel that gives a whole new meaning to the saying "the living will envy the dead." While her loved ones and acquaintances savor the city's normality, Laura embarks on a grueling polar adventure involving a motorized sledge and temperatures so low she has to assume a sledging position the moment she leaves her heated tent since her clothes will freeze in that configuration. The story from then on is fairly simple, but it's the mood and Brockmeier's unostentatious reverence for life's details (of primary interest to both the struggling Laura and the idling dead, if for different reasons) that make "The Brief History of the Dead" so entrancing.

Most literary fiction is full of characters' random thoughts, offered to the reader as quirky nuggets of sub-essayistic insight. When Brockmeier does this -- as in a tour de force scene in which Laura begins to succumb to the cold -- the musings are genuinely disorienting and beautiful, even revelatory. Striding through the figment of a skyscraper where she once worked, Laura thinks, "It was hard for her to believe that she had spent so much of her life in this building, or in other buildings just like it, walking around inside rooms that were thirty or forty feet above the earth, whose walls and floors and ceilings had been constructed around spaces where no human being had ever set foot just a few years before."

The (downplayed) implication of such moments is that Laura's world, with its fantastical appropriation of midair space for the peddling of fizzy sugar water, has always been improbable and doomed. And so, by extension, is the city, so utterly dependent on the last, miserable human being on earth. The two narratives converge with a pristine loneliness and a forlorn wondering about what lies beyond, past the borders of the city and beyond the reach of living memory.