"The Best People in the World"

Justin Tussing's devastating novel about a boy who runs off with his teacher may be the best debut of 2006. 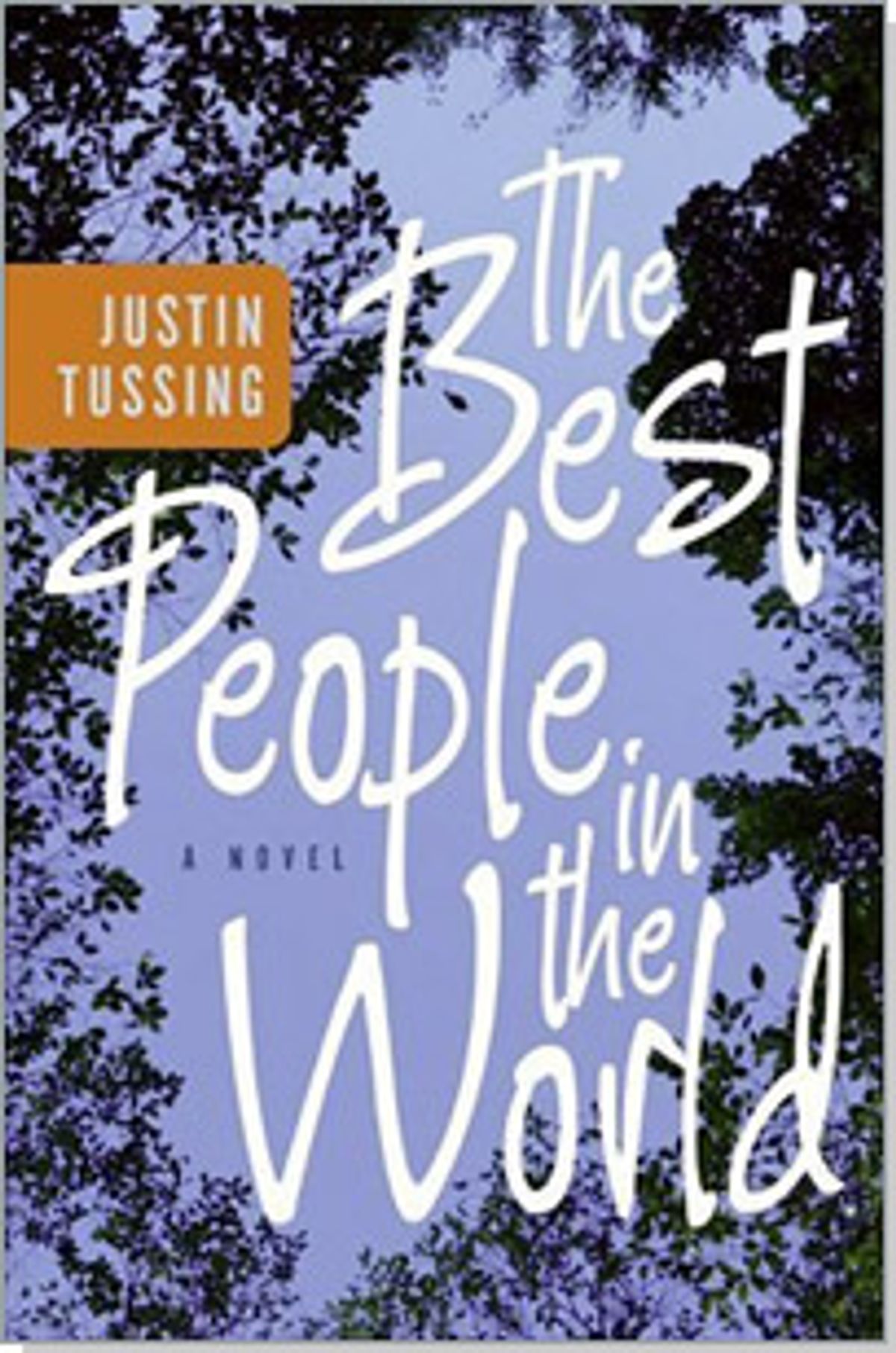 Early last summer, a story called "The Laser Age" appeared in the annual Debut Fiction issue of the New Yorker. My eyes might have scanned right over it in the table of contents if it hadn't been for the tantalizing subhead some genius stuck in: "Dating your teacher." However, instead of the Updike-esque, coming-of-age story I'd expected (and looked forward to), Justin Tussing's piece offered something different, and better: a quiet look at an awkward, if bizarrely reasonable, relationship between a 17-year-old boy and a lonely young woman set in 1970s Kentucky, in a small town on the Ohio River. "The Laser Age" didn't resolve the relationship between Thomas and Alice, the schoolteacher. But it hinted at all the amazing things to come from Tussing's stunning, beautiful first novel, "The Best People in the World."

Part road novel, part pastoral, "The Best People in the World" takes off from "The Laser Age" and follows Thomas, Alice and their friend Shiloh (who also appears in the New Yorker story) as they flee Kentucky for rural Vermont. Running is nothing new to Shiloh, an older, enigmatic, intelligent drifter with an abundance of useful skills and a seeming intolerance of comfort. But it is the kind of risk that a kid like Thomas, a dutiful son and grandson with a perfectly loving family, would only take in the throes of first love -- and, likely, hormones. When Thomas, who narrates, shows up to pile into Alice's Plymouth Valiant, Shiloh tells him unceremoniously: "Say hello to the rest of your life. Here's Alice." After stops in a dirty, scary New York City to see some squatter friends of Shiloh's, and at a strange religious commune in the Vermont mountains, the three find a home of their own: an empty old house in the middle of nowhere, with working plumbing, a bit of furniture and a fireplace for the winter.

Indeed, this book takes place almost entirely inside the house, examining a few months in the lives of these people as they draw closer together, pull apart, hate one another and live in their own minds. Most of the action revolves around surviving. When Thomas and Alice, blissfully unaware of how to care for anything outside of themselves, fail to tend properly to their garden, the first food crisis sets in; it's exacerbated when Thomas, in a futile effort to save a few plants, drenches them with water, draining the well that they drink from. The three pool their money to buy enough wood to last the winter, but fail to close the fireplace damper and blaze through logs so quickly they must eventually dismantle parts of the house to burn for warmth.

A few other characters come and go. A kindly far-off neighbor delivers bags of groceries on occasion, without judgment; the wood-delivery man hires Thomas to chop down some Christmas trees for him (illegally, it turns out). A man from the commune drops off 4-year-old Sonya to stay for a few days; the housemates, having grown harder in the course of their experiment, yield to the charms of the child, warming to her and, for a while, one another. An old friend of Shiloh's, Parker, turns up now and again to remind Shiloh of the past that he cannot escape. (There is a hint of a mystery involving Shiloh and Parker hanging over "The Best People in the World," and it's to Tussing's credit that this ancillary plotline never overwhelms the story. It is unresolved, and elusive, until the end of the book.)

Yet the greatest draw here is Tussing's writing, which glows. It is very rare to find a novel so lovingly, deliberately and perfectly written that you want to read passages out loud to anyone who will listen, but this is that book. A raging fire "was like a beautiful television." As Thomas and Alice waste away, with little food, sex between them is "a collision of bones. The horns of our pelvises rasped." Describing Sonya, Thomas says, "her gaze was all boudoir, as if she believed that she would be forced to gift those minor fortunes of youth and prettiness to hungry, inexpressive men, for them to squander." On a cloudless day, "the sun was like a photograph of the sun." Even a grocery list is gorgeous: "A flour sack as big as a pillow ... A bucket of shortening ... Ricotta cheese. Cottage cheese. Cheddar from up the lake in Shelbourne." At turns, Tussing's writing reminded me of Marilynne Robinson and W.H. Auden, as much in rhythm and beauty as in mood.

I cried when I finished this book. Actually, I sobbed. My emotions caught me by surprise. But as the end approaches -- as their experiment falls apart and their idea of living lives untouched by the outside world goes up in smoke, as the strange bond among three people in an extreme circumstance is broken -- the sense of loss is devastating. That is not to say don't read "The Best People in the World" -- in fact, quite the opposite. Read it. Now. It's only February, but Justin Tussing's book could be the best debut of the year.