Will Ralph Reed crap out?

The one-time golden boy of the Christian right did the bidding of Abramoff's casino clients. Will the unholy alliance be his undoing? 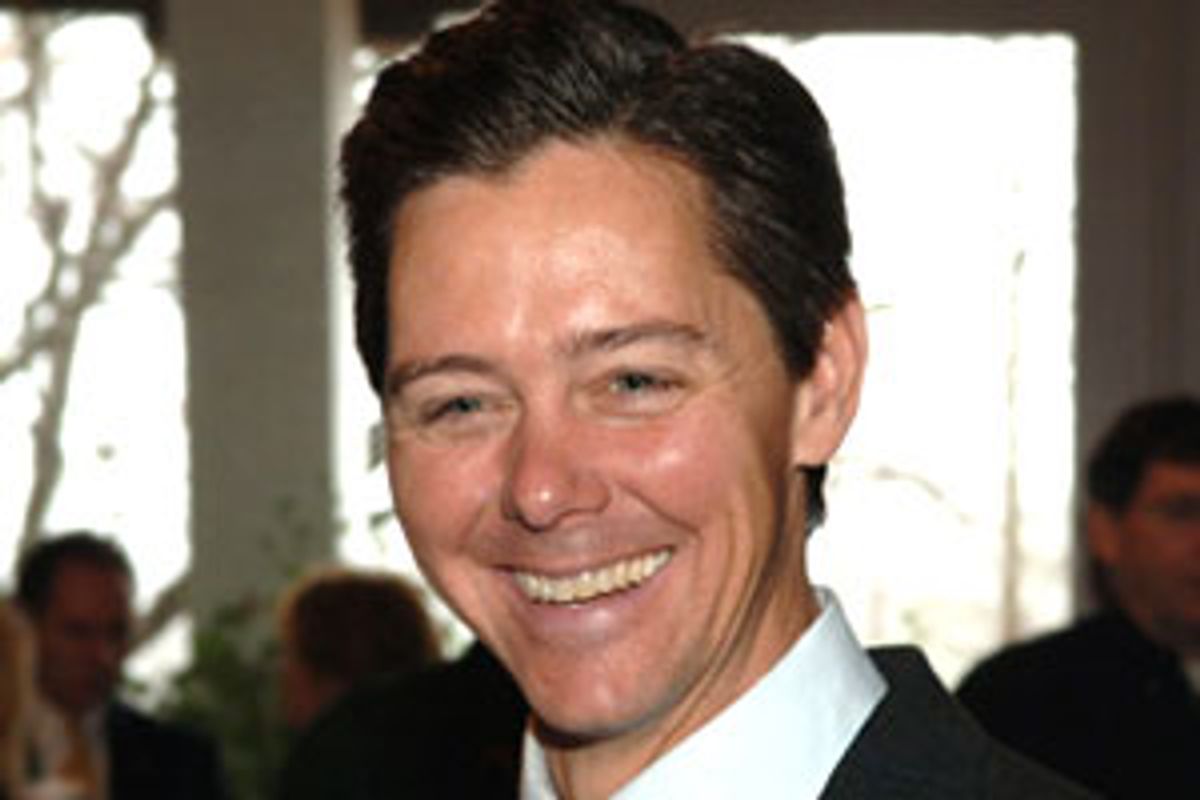 On the campaign trail in south Georgia, Ralph Reed, the Republican strategist who created the Christian Coalition, wears shiny black cowboy boots -- full quill ostrich leather -- to help give him the swagger of a man still on the make. He is running for lieutenant governor in the Peach State, his first campaign for public office, but he wants everyone to know that he is not just another local boy trying to break into state politics. As we mingle at a private reception at Sea Palms Resort on the state's eastern shore, he tells me, "This isn't my first rodeo."

It just may be his last, however. Reed has been weathering a blizzard of revelations about his partnership with the convicted lobbyist Jack Abramoff. Prominent state Republicans have called for him to drop out of the race before the April 28 filing deadline. A recent poll showed that his candidacy might even hurt other Republicans, like Gov. Sonny Perdue, who are on the ticket in November. Matt Towery, a pollster who is a former aide to Newt Gingrich, said the Democrats could easily skewer Reed with an ad campaign. "He could just be tattooed by the Democrats with paid media," Towery explained. "Most people in this state don't know who Ralph Reed is."

As we now know, Reed, the former "cherub-in-chief" of American politics, traded his halo to work as a gun for hire in Abramoff's operation, secretly rallying conservative Christians to do the bidding of Abramoff's casino clients. This was, in many ways, an understandable role for Reed, a political prodigy, who started in politics as a disciple of Abramoff, the former chairman of the College Republicans. "I used to tell people he was going to be either president of the United States or Al Capone," Reed's mother, Marcy, once told USA Today. By the end of the 1990s, when Abramoff came calling, Reed seemed destined for the White House, at least as a top political aide. He was known as the organizational mastermind of the religious right, joining with televangelist Pat Robertson to bring the GOP to Jesus.

Those exploits, as well as his recent public career as an advisor to President Bush, have given him an aura of celebrity in Georgia political circles. He led the state Republican Party in 2002, during the phenomenal upset that unseated Democratic Sen. Max Cleland, a wounded Vietnam veteran. Two years later, Reed led George W. Bush's 2004 Southern campaign, delivering every state of the former Confederacy. "Until you have seen it firsthand you won't appreciate it," Glynn County's GOP leader Kevin Gough had warned me. "He is like a rock star."

In person, Reed, 44, doesn't look anything like a rock star. If it were not for his boots, his tie and the folded four-cornered handkerchief in his sport coat, the Rod Stewart of Southern politics could easily be mistaken for a gangly teenager. He stands about four-fifths the size of a full-grown man, with a doll's nose, bronzed skin and a wide smile. He can easily disappear in a crowd. But when he speaks, he can also command the room, instantly transforming himself from a choirboy to a statesman, the NASCAR fan's Bill Clinton.

The integrity line has worked well for Reed in the past -- Time magazine once called him the "Right Hand of God" in a cover story. But in recent months, with the release by Senate investigators of hundreds of Reed's e-mails, "integrity" has not been a concept that many have associated with Ralph Reed. Back in 1998, the e-mails reveal, Reed contacted Abramoff to beg for new work in decidedly un-Christian terms. "Now that I am done with electoral politics, I need to start humping in some corporate accounts," Reed wrote.

Over the next five years, Reed humped the corporate accounts of just about every company that crossed his path -- Microsoft, Enron and Verizon, to name a few. He also raked in more than $4 million from Abramoff clients, including an online lottery company and two Indian tribes with casinos. In return, Reed worked, as he put it in one e-mail, to get "our pastors all riled up" -- organizing his unwitting followers to oppose gambling regulations and new casinos that would have competed with Abramoff's clients.

Through radio and mailings, Reed mobilized more than 100 congregations to do Abramoff's bidding. "We want to bring out the wackos to vote against something," Abramoff's partner Michael Scanlon explained in a proposal to one Indian tribe. "The wackos get their information through the Christian right, Christian radio, mail, the Internet and telephone trees." The arrangement paid huge returns for both Abramoff and Reed, who had worked together during the Reagan years for the College Republicans.

Before long, the partners were scheming to find even bigger paydays. At one point, Reed e-mailed Abramoff, asking for a contribution to his campaign for Republican state chairman of Georgia. "Sure," replied Abramoff. "Give me the name of the entity." Reed responded by joking that the check should be made out to "the Reed Family Retirement and Educational Foundation" and gave a fake address in the Grand Cayman Islands. "Ha ha ha," Abramoff wrote back, promising to send Reed a check for $10,000. In one e-mail exchange with Reed, Abramoff cited a prospective tribal casino client and gushed, "I'd love us to get our mitts on that moolah!!" Reed replied, "Got it."

By early 2002, even Abramoff was complaining about the greed of Reed. "He is a bad version of us!" the lobbyist exclaimed in an e-mail to Scanlon. "No more money for him." But the money kept flowing -- and Reed wasn't exactly upfront about where it was coming from. When gambling clients sent in six-figure checks for Reed, Abramoff would pass them through several groups, including a bogus think tank chaired by a yoga instructor and a lifeguard, and a phony outfit called the Faith and Family Alliance. It was a shoddy operation all the way around: Robin Vanderwall, the 37-year-old Republican "director" of the Family Alliance, is currently serving a seven-year sentence for trying to solicit sex over the Internet from a 13-year-old boy.

On the stump, Reed regularly claims that he knew nothing about the scandalous operation that his close friend Abramoff was running. "I was approached by one of the most respected law firms in America and a friend of 20 years," Reed said during the same St. Simons forum, explaining his cooperation with Abramoff. "I said sure I would be glad to do so as long as I could be assured that I wouldn't be paid with revenues from another casino. I was assured that wouldn't be the case. And we know now for the most part that I was not."

This is a careful non-denial denial. "For the most part" is the key phrase, a lawyerly dodge that Reed uses to obscure the mountains of e-mail evidence against him. At the St. Simons event, I asked him about a recent story in the Atlanta Journal-Constitution that quoted e-mails Reed responded to that clearly mentioned one of Abramoff's clients, an online gambling firm called E-Lottery. Reed told me he never noticed the name of the company, which paid Abramoff for Reed's services. "It was at the bottom of a long e-mail," Reed said, in what was either a lie or faulty recollection. In fact, the reference to "elot" comes in the first paragraph of a May 23, 2000, e-mail Abramoff forwarded to Reed. A year later, on Jan. 30, 2001, Reed wrote an e-mail to Abramoff referring to the convicted lobbyist's "elottery friends."

Other luminaries of the religious right are not fooled. For many anti-gambling activists, he is nothing less than the second coming of Judas, a one-time apostle who violated the first rule of the battle: Never take money from gambling interests. "The Bible says you can't serve God and Mammon," Robertson told the New York Times, in one of his only public comments on Reed. "It's sort of the betrayal of a basic value," says Rev. Tom Grey of the National Coalition Against Gambling. "Ralph is running for office on the basis of his values." As a result Reed's stature among Georgians has taken a beating, with his unfavorable ratings rising from 35 percent to 44 percent among the state's Republicans, according to a poll in early March by Strategic Vision. "It's frightened a lot of people, and it's sad," said Jerry Loupee, a longtime Republican activist who is helping the Reed campaign. "They are all, 'Hey, I'm for Ralph, but there are these things out there that bother me.'"

Nonetheless, polls still show Reed with a slight, if dwindling, lead over his July primary opponent, Casey Cagle, a well-meaning local boy -- think Woody Harrelson with a Southern accent -- on the stump. But the primary is different from the general election. Democrats across the state say privately that a Reed race could be manna from heaven, allowing them to tar all Georgia Republicans with the "culture of corruption" taint.

Following the Republican playbook, Reed has attempted to overcome bothersome facts by taking aim at the messengers -- the liberal media. "What I am confident that the voters of this state are going to reject," Reed announces on the stump, "is an attempt by the liberal media or by others in this campaign to engage in guilt by association." Bashing the big city newspapers is a well-worn pastime in south Georgia, where folks tend to trust what they see firsthand and what their friends tell them. "You know who is going to decide the outcome of this election," Gough, the Glynn County GOP chair tells me. "Bubba." By that, he means that the hypothetical swing voter in the region: a middle-aged white guy who graduated high school and hunts when he can, but does not trust much of what he reads from journalists.

Bubba, in other words, is the kind of voter who might notice a shiny black pair of cowboy boots, but might forgive the fact that Reed traded on his ideals to make a buck. If that happens, Reed, one of the most natural and brilliant political minds in the Republican Party, will be able to count himself one of the lucky ones. If it doesn't happen, then Reed will find himself the latest in an ever-lengthening list of Republicans whose own hubris was their undoing.