1906 earthquake: Before and after

Archival footage of San Francisco before and right after the big quake. 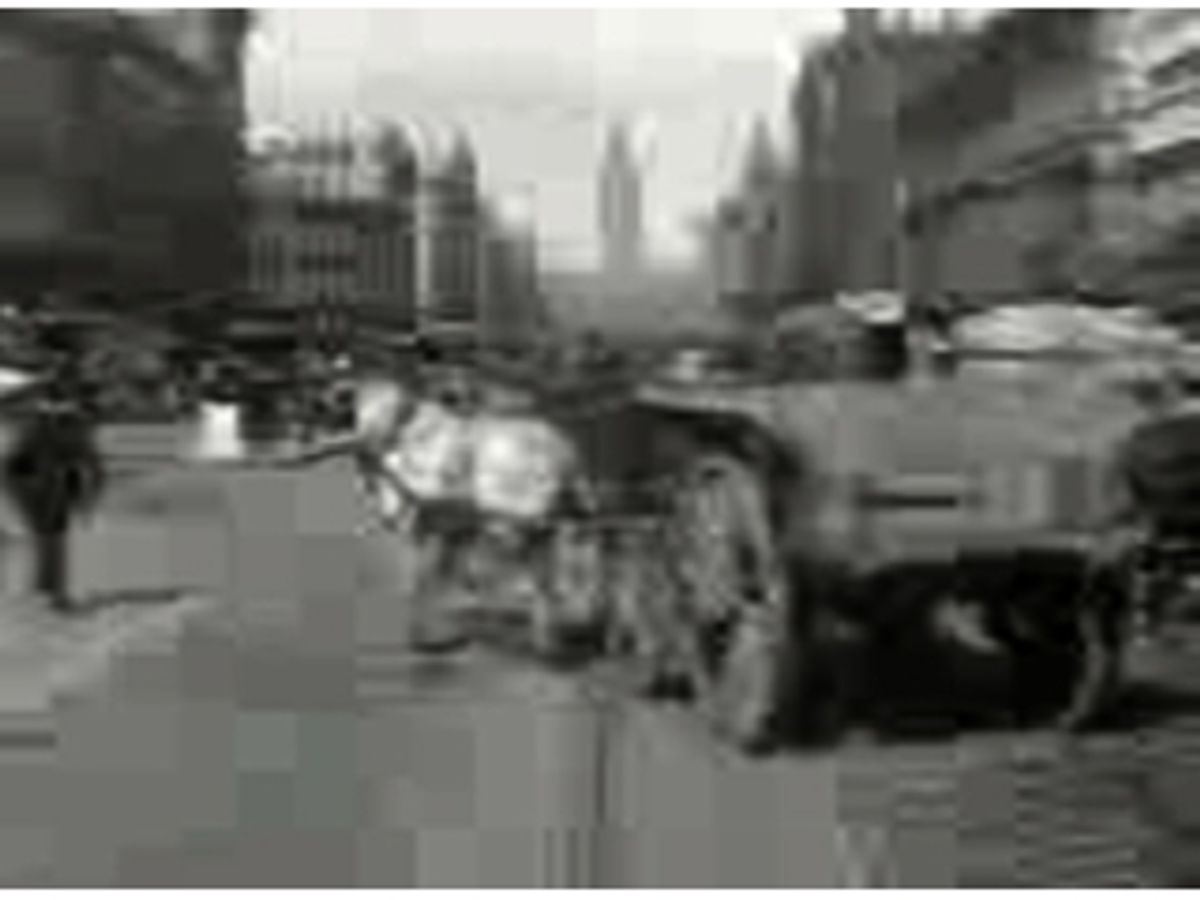 In the first reel, we see an early, bustling San Francisco in the early part of the 20th century; cars, cable cars and horse-drawn buggies jockey for position as the camera moves east down Market Street. Then we take another trip down Market Street -- a faster, more manic one -- shortly after the 1906 quake. (The 100-year anniversary is today.) The 7.8-magnitude quake is thought to have killed 3,000, but some believe that the figure may have reached 6,000. The resulting fires caused by broken natural gas mains burned for four days, and destroyed more than 500 downtown city blocks. (Footage is from the Internet Archive, which has more here.)