Watching this expertly made film about the events of 9/11 was the most excruciating moviegoing experience of my life. 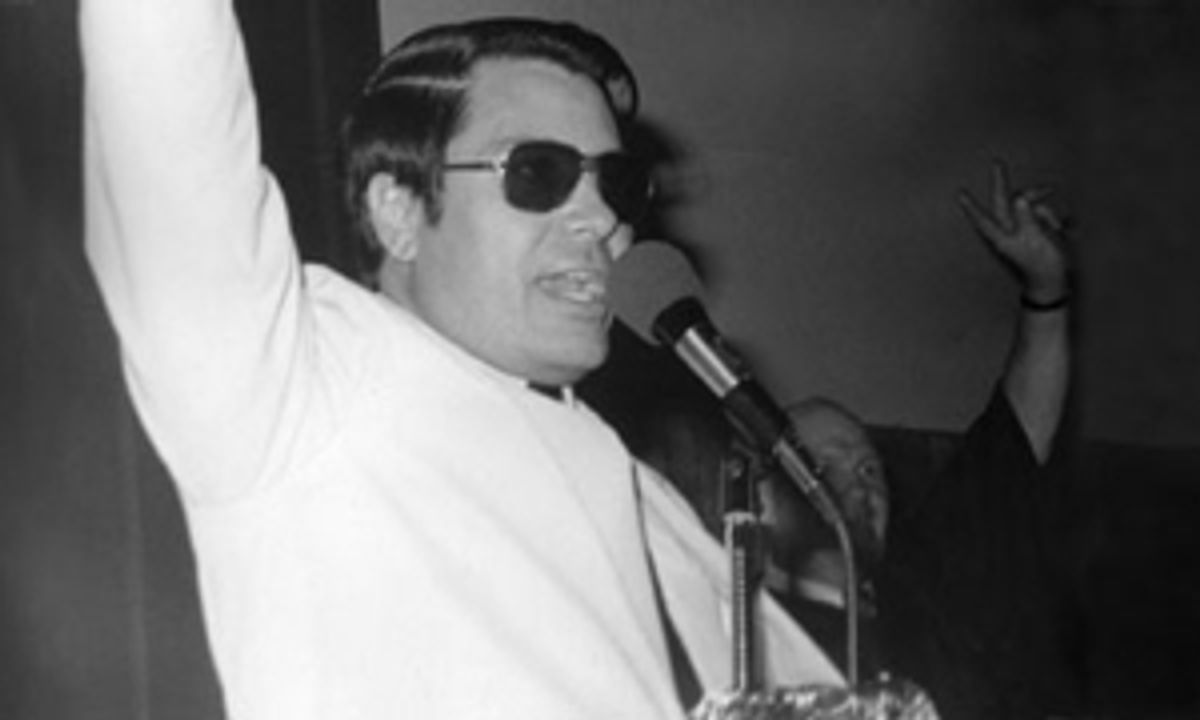 Paul Greengrass' "United 93" is a movie made with tremendous care, and with almost boundless sensitivity to persons living and dead. But just hours after seeing the picture, I'm finding it hard to care about Greengrass' integrity: I've never had a more excruciating moviegoing experience in my life, and as brilliantly crafted -- and as adamantly unexploitive -- as the picture is, it still leaves you wondering why it was made in the first place.

The movie's press notes suggest a number of explanations: In telling the story of the fourth plane to be hijacked on Sept. 11, 2001 -- en route from Newark, N.J., to San Francisco, it crashed in a field in Shanksville, Pa. -- Greengrass wanted to commemorate the lives lost at the hands of Islamic terrorists on that day. He also wanted to map, in a very personal way, the emotional contours of a less-than-two-hour span in which the world changed drastically. But I went into "United 93" with a feeling of dread, and ultimately, I'm not sure Greengrass did much more than pluck at that dread with dogged, if scrupulous, persistence. I walked out of "United 93" feeling bereft and despondent; my stomach muscles had tensed into a seemingly immovable knot. But the picture didn't make me feel anything I hadn't fully expected to feel. Greengrass, a director I deeply respect, hadn't made a great movie (as he did in his portrayal of another real-life event, the superb 2002 film "Bloody Sunday"); he had simply fulfilled a prediction, and that isn't nearly enough.

Greengrass is an extraordinarily gifted filmmaker, and there are moments in "United 93," particularly at the beginning, where his craftsmanship is both subtle and admirable. (The picture has its premiere tonight at the Tribeca Film Festival; it opens nationwide on Friday.) As much as I wish I hadn't had to see "United 93," I'd rather see this material in Greengrass' hands than in those of almost any other filmmaker. For obvious reasons, the story of United Flight 93 demands a certain amount of conjecture. Greengrass (who wrote the script as well as directed) went about his research fastidiously and honorably, using information gleaned from the 9/11 Commission Report but also relying heavily on interviews with civilian and military personnel involved in the day's events. Greengrass also spent a great deal of time interviewing the victims' families, learning what he could from them about the hostages' last moments: Much of that information came from the calls made by the victims, from cellphones and plane phones, in the midst of the hijacking. Greengrass took great pains to reassure the victims' families that he'd get the story right -- he has said that his goal was to reach "a believable truth" -- and for all my misgivings about "United 93," his respect for both the survivors and the victims is evident. (To hear Greengrass and members of the "United 93" cast discuss the film at a roundtable interview in New York, click here.)

Greengrass cast mostly unknown actors in "United 93." One exception is Christian Clemenson as passenger Thomas E. Burnett Jr., who has appeared on "Veronica Mars" as Abel Koontz. And some real-life figures, among them air-traffic controllers and military personnel, appear as themselves. Perhaps most notable is Ben Sliney, the manager of the Federal Aviation Administration's operations command center in Herndon, Va. On Sept. 11, 2001, Sliney had just been appointed to that position; it was his first day on the job, and his performance here suggests a masterly and controlled channeling of the feelings he must have had as he faced this daylight-nightmare challenge: What must it be like when your job is to respond, calmly and efficiently, to the unspeakable?

Greengrass has a feel for the way the mundane so readily gives way to the tragic. We see the passengers and crew getting ready to board the doomed flight, doing all the things most of us do as we hang around in airports: Some slouch in their chairs, reading books or newspapers or fiddling with their bags; others make last-minute work or personal phone calls, possibly more out of boredom than out of necessity. The pilots (played by J.J. Johnson and Gary Commock, pilots in real life) chat idly about the recent ups and downs of the weather as they make their way toward the plane. Onboard, the attendants call to one another from across the cabin ("Do you have sugars up there?") or wish out loud that they could be at home with their babies instead of working.

These early moments give the movie a portentously chilling shape and texture: Sometimes it seems as if 99 percent of our conversation is just boring work talk, and yet even our boring work talk is a way of defining our lives. Later, when the passengers and attendants realize what's happening and begin to make anxious calls to their loved ones, the movie veers into a sharper dramatic pitch -- and yet I'm not sure those final phone calls are necessarily more moving than the unassuming casualness of those earlier conversations. (Greengrass needs to dramatize those fervent phone calls, and yet he does dance a bit too closely to milking them for dramatic value -- it's an insoluble problem for any filmmaker.)

The action in "United 93" cuts between the plane cabin, a thin shell of isolation and vulnerability, and various sites on the ground: Those include the FAA's Herndon command center and a military command center in upstate New York, as well as air-traffic-control centers in Boston and New York and the control tower at Newark International Airport. (In one moment that's startling even though we're set up for it, the Newark controllers glance across the river and see fat plumes of smoke billowing from the World Trade Center. We see it from the same distance they do, an emblem of both Greengrass' fidelity to the characters' point of view and his tact.) The sequences set in the cabin -- even before the hijackers spring into action -- are so tense they're nearly unbearable to watch. Whenever Greengrass cuts back to the safety of the ground -- even as the air-traffic controllers and military personnel slowly come to realize that two earlier flights have been hijacked -- the movie relaxes slightly, and we do too. We know the worst is yet to come, and we know exactly what the worst consists of. So we grasp at every reprieve from it.

Greengrass doesn't portray the four hijackers (they're played by Khalid Abdalla, Lewis Alsamari, Omar Berdouni and Jamie Harding) as monsters, but as human beings who have chosen to act like monsters. The picture opens with two of them praying in their hotel room, a faceless, neutral space whose very beigeness seems unwelcoming to anyone's God; still, their prayers have the rhythm of habit and conviction -- although that comforting rhythm may also suggest the utter absence of thought.

But the hijackers -- even the tall, handsome one, who betrays a flicker of recognizably human apprehension in the early moments of the flight -- are very much "the other" in "United 93." None of the other passengers pay these men a bit of attention, but we're hyper-aware of their presence, simply because we know what's coming. Greengrass, to his credit, doesn't do any fancy two-step around the fact that these men committed murder in the name of Islam. He's unafraid to make the link between the terrorists' religion and the barbarism they carried out for its sake. "In the name of God," one of the hijackers says flatly as he slits the throat of a flight attendant.

Although the violence in "United 93" is affecting, Greengrass keeps stern control over it, showing only as much as we need to see. (The murder of that attendant is shown from the back.) And Greengrass addresses the notion of heroism only glancingly: The passengers' bravery is presented as more personal than patriotic, the desire to save their own lives and the lives of their fellow passengers. And the movie's climactic sequence, in which several of the bigger, stronger passengers attack two of the terrorists, jolts us with a terrifying charge. We need the catharsis the scene offers, but Greengrass never allows us to lapse into moral superiority. Greengrass doesn't allow a comfortable distance between ourselves and these desperate passengers. When they lunged for one of the terrorists, I found I'd curled my own hands into fists, as if expressing some atavistic desire to choke the life out of him myself.

"United 93" is not an apolitical movie: Greengrass, who's English, takes care to point out that both the FAA and the military -- fumbling to do their jobs to the best of their ability in a time of crisis -- were stymied by government incompetence and lack of communication. And while Greengrass must have his own strong personal feelings about how the U.S. government has co-opted the events of 9/11 for its own purposes (he's too politically astute a filmmaker not to have such feelings), "United 93" isn't intended to make a statement on the war on terrorism. And yet Greengrass refuses to be an apologist for terrorism. He isn't interested in retrofitting explanations for the events of 9/11: He accepts these murders as a deplorably inhuman act perpetrated by religious fanatics, never shying away from how much pain they caused, particularly to the families directly involved.

All of Greengrass' artfulness and conscientiousness should add up to an astonishing movie. But as I watched "United 93," ticking off the things I was grateful Greengrass hadn't done, as well as toting up the things I could see he did well, I realized that even though Greengrass seems to be tackling a larger, more globally significant subject here, this movie doesn't feel nearly as expansive in scope as his remarkable, and deeply unsettling, 2002 "Bloody Sunday." "Bloody Sunday" is an account of the Jan. 30, 1972, massacre on the streets of Derry, in which 13 unarmed civil rights protesters were killed by British paratroopers. Greengrass has a gift for capturing the essence of true chaos -- he doesn't try to tease sense out of it, which would only deny the awfulness of that chaos and play into the comforting fallacy that a belief in goodness, human or otherwise, can explain away horrific events. And so, in "Bloody Sunday," when we see British soldiers firing live rounds at terrified civilians, suddenly and without provocation, we can hardly believe what we're seeing -- in the context of the basic moral templates we try to live by, it makes no sense whatsoever, and yet the reality of it is undeniable.

"Bloody Sunday" has a you-are-there immediacy that dissolves the decades between then and now: When Greengrass shows us a teenage boy dying in the backseat of a car that's been stopped at a roadblock, it's a tragic vision that provokes outrage, but it also draws sorrow from the deepest part of us. In comparison "United 93," an evocation of a far more recent piece of history, feels weirdly constrained. The picture is "about" a single momentous, horrific event, and its intensity is undeniable. But while "United 93" offers a horrifyingly realistic evocation of pain and fear, it doesn't open itself out to any greater, more expansive truth. And it offers us no hope of transcendence. "United 93" spells out for us horrors that previously we could only have imagined, as if imagining them could never be enough. It's an expertly made picture that I wish I could stamp out of my mind. What's the value of artistry that sucks the life out of you?