Rep. Richard Pombo, the environmentalists' scourge, was feted by the industries he so loyally serves. I'd tell you more, but they kicked me out. 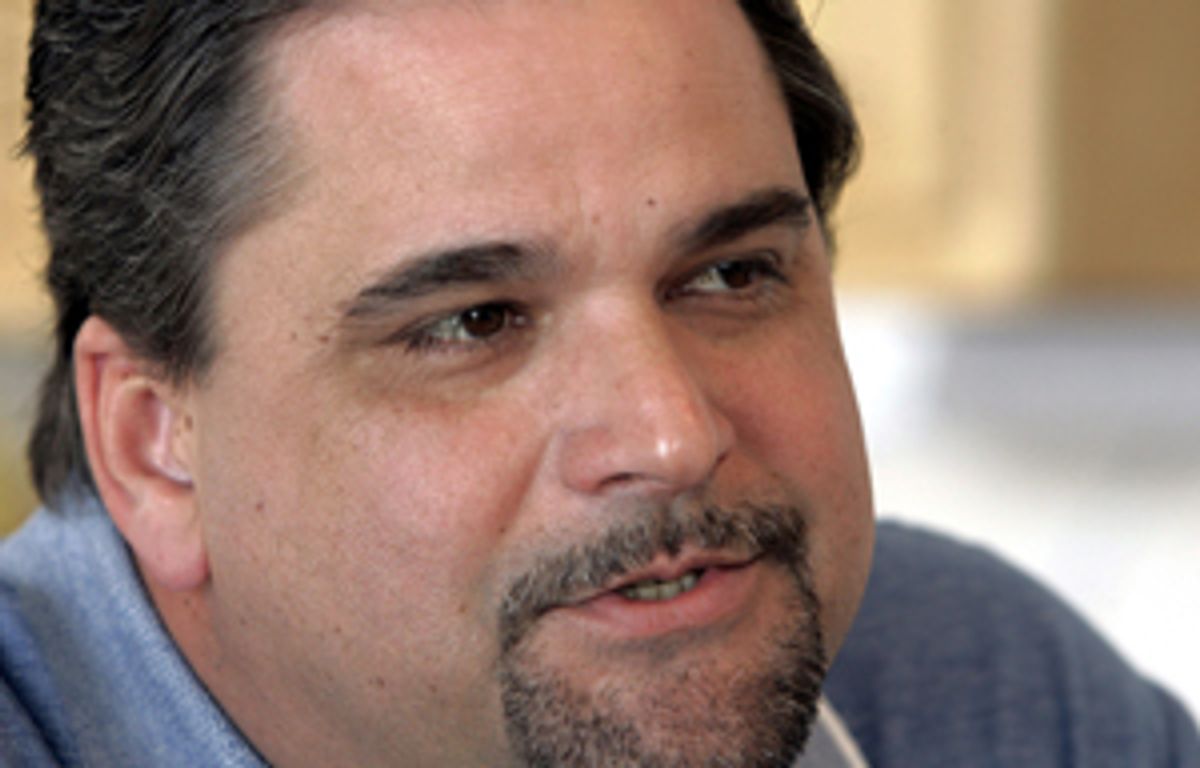 From the grain elevators of Lodi to the gated McMansions of Blackhawk, central California voters can be forgiven if they mistake their congressman, Richard Pombo, for just another local kid from a rich family who made good. Every few weeks, the 45-year-old cattle rancher returns to his home district to make the usual rounds in the usual way, holding meetings on Medicare reform, honoring local veterans and talking about the need to shore up the levees on the San Francisco Bay delta.

But back here in the nation's capital, Pombo is known for only one thing, and it has little to do with the immediate concerns of most voters in his district. For nearly a decade now, he has been one of corporate America's leading generals in the war against environmental laws. As the Republican chairman of the House Resources Committee, Pombo has spearheaded efforts to open up public lands to mining, cut back endangered-species protections, and increase logging and offshore-oil exploration. His 2000 proposal to rewrite pesticide regulations was written by the chemical industry, and his committee's recent reports on pollution rely heavily on industry research.

In honor of Earth Day this year, he turned over his committee's Web site to talking points written by the U.S. Chamber of Commerce, a fact that was hidden in the footnotes. "Air quality has improved dramatically and is getting better all the time," Pombo's committee announced, in a Panglossian package of Web pages that coupled a sweeping vista of Yosemite Falls with condemnation of environmentalist "scare tactics."

Pombo's affection for polluting industries has not gone unnoticed. Last week, his constituents could have found him at the Willard Hotel, a luxury landmark just a block from the White House, with roughly 100 lobbyists, corporate leaders and sympathetic scientists who had gathered beneath cascading chandeliers and faux-marble columns to give Pombo an award for his sterling environmental record.

"It's an honor to be here," Pombo announced, as he mounted the podium, while the guests enjoyed an open bar and nibbled on a shrimp appetizer. Behind Pombo's head hung a large photograph of the earth as seen from outer space, the sort of image one would expect to find in Al Gore's office. A banner read: "Our greatest responsibility is to be good ancestors."

The award and the dinner were the invention of an obscure nonprofit group called the Annapolis Center for Science-Based Public Policy. One of Pombo's home-district papers, the Lodi News-Sentinel, uncritically described the center as a champion of "rational science-based thinking and policy making." In fact, the center's pedigree appears to be based more on mammon than on mental acuity. As the Wall Street Journal reported in 1997, the group was founded by H. Richard Seibert, a government regulations executive at the National Association of Manufacturers, one of the nation's most powerful old-line trade groups, which also covered most of the center's initial budget. Manufacturing companies had founded the Annapolis Center to counteract the "poor or incomplete scientific information" that had led to tough regulations on industry, Jerry Jasinowski, the former president of the association, told the Journal.

In recent years, the Annapolis Center has churned out the occasional white paper on subjects such as asthma and mercury poisoning, but its largest single undertaking has been the annual awards dinner, which serves as a golden opportunity to fete those on the front lines against the environmentalists. The award has become a rite of passage for the drill, burn and clear-cut set in Congress. Texas GOP Rep. Joe Barton won the Annapolis award in 2005 just months before he launched a controversial investigation into three scientists who had sounded the alarm about global warming. In 2004, the award went to Sen. James Inhofe, the Oklahoma Republican who had famously suggested that the theory of man-made global warming was "the greatest hoax ever perpetrated on the American people." According to the center's 2004 tax filing, the latest publicly available, the Inhofe award ceremony cost more than $38,000.

The price tag of this year's Annapolis ceremony has not been disclosed, though the official program did list the 10 corporations, trade groups and industry fronts that sponsored the event. These included some of the nation's most vociferous opponents of stricter pollution control, like Exxon Mobil, the Southern Co., the Edison Electric Institute, General Motors and the National Coal Council. Chemical producers Bayer and Clorox pitched in, as did Altria Corporate Services, a division of the cigarette company once known as Philip Morris.

The spectacle of such lavish award banquets has become a cornerstone of the Washington hotel industry. The nation's moneyed interests are always looking for ways to ply their favored pols with expensive meals. In their wisdom, congressional leaders have carved out a specific exemption for corporations that want to express their fealty to politicians. Members like Barton, Inhofe and Pombo are free to accept "food, refreshments and entertainment" in connection with awards, according to the ethics rules, even though those same gifts would be against House rules if a lobbyist simply took the Congress members out for dinner.

Such close ties are just the sort of thing that environmentalists hope to expose in the run-up to the 2006 election, when Pombo faces the toughest reelection fight of his career. The electoral wizards at the Democratic Congressional Campaign Committee believe Pombo is vulnerable, and a poll by the Defenders of Wildlife Action Fund last September found that only 46 percent of Pombo's constituents intended to reelect him. Since then, Pombo has picked up a Republican primary opponent, Pete McCloskey, a combative 78-year-old former liberal Republican congressman enraged by Pombo's ethical and environmental record. Later this week, the national and the California wings of the League of Conservation Voters are set to announce an independent expenditure campaign to support McCloskey.

With so many knives out for Pombo, it's no wonder that the Annapolis Center tried, at the last minute, to discourage coverage of the event. After noticing an announcement of the dinner in the Daybook -- the one-stop guide to public events in Washington for reporters -- I had phoned in my RSVP to Tom Roskelly, the Annapolis Center's communication director, the day before the ceremony. When I arrived at the Willard Hotel, I introduced myself to Roskelly, who was warm and inviting, and received an official Annapolis Center name tag, which I wore along with my press credentials. But an hour later, just minutes before Pombo was slated to speak, I was confronted by Josie Gaskey, a senior vice president of the Annapolis Center, who gruffly accused me of crashing a "private event" and escorted me into the hallway.

Once outside the event, her demeanor softened a bit. She told me not to worry. She would tape-record the event and send me a transcript of Pombo's remarks. A few days later, however, she e-mailed her apologies. "Conversation at the table where the tape player was located prevents us from having any usable transcription," she wrote. "I guess in the future we will have to have the hotel do it for us."

This seemed like a convincing excuse, until I came upon an article that was published in Salon many years ago. According to the 1998 piece, the Annapolis Center had promised journalists a transcript of a controversial speech from one of the center's conferences. But the speech was never released in full, because "the quality of the tape isn't good enough to release."

As I walked away from the ballroom in disappointment, through the walls I could hear Pombo speaking about his scorn for the Endangered Species Act. It suddenly occurred to me that the exact content of his speech was totally irrelevant. Everyone knows where he stands on the issues. The real question now is, Do the voters of his up-for-grabs central California district care?