The Fool and the Knave 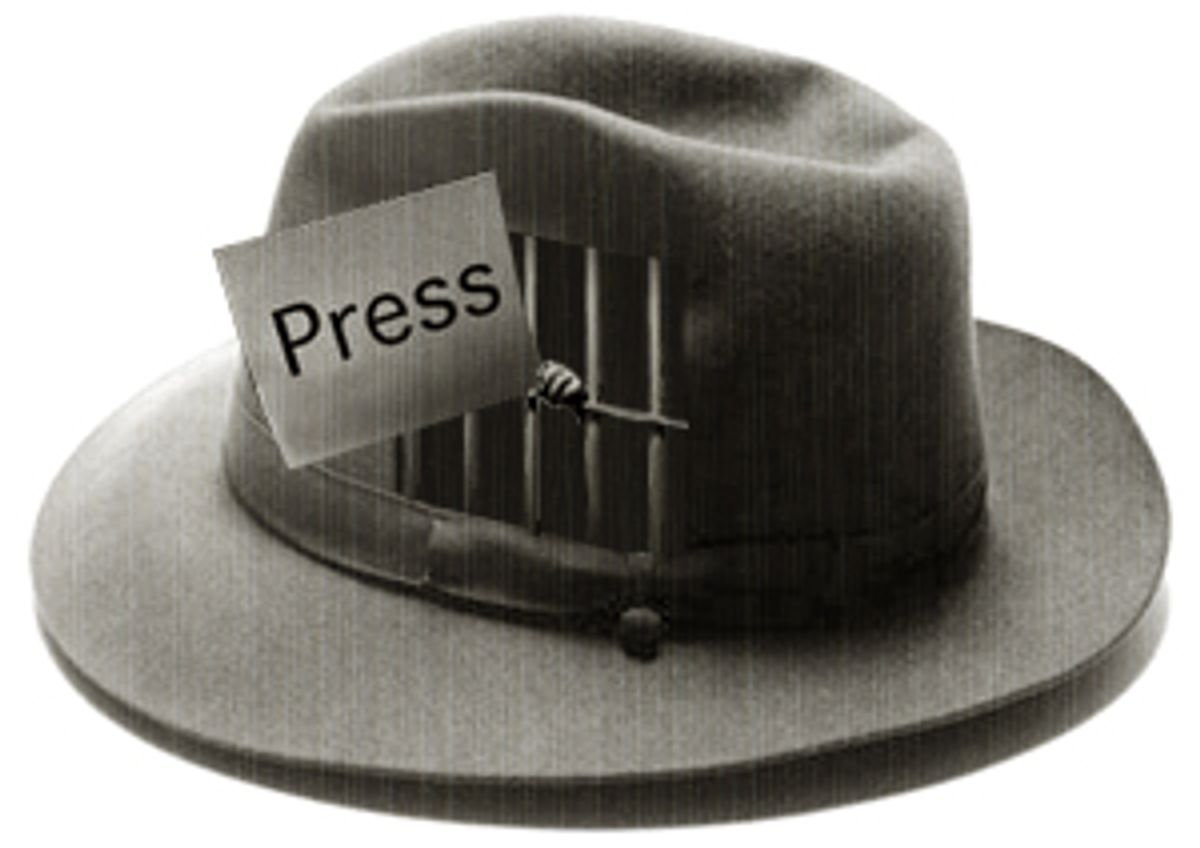 The most scathing public critique of the Bush presidency and the complicity of a craven press corps yet was delivered at the annual black-tie White House Correspondents' Association dinner on Saturday night by a comedian. President Bush was reported afterward to be seething, while the press corps responded to the zingers with stone cold silence, playing the classic straight man. Subsequently, many news reports of the event airbrushed out the joker. (You can watch Colbert here.)

Stephen Colbert plays a crank conservative commentator in a parody on Comedy Central four nights a week. Performing his routine within 10 yards of Bush's hostile stare and before 2,600 members of the press and their celebrated guests, Colbert's offense of lèse-majesté affronted the amour-propre of the embedded audience. After his mock praise of Bush as a rock against reality, Colbert censured the press by flattering its misfeasance. "Over the last five years you people were so good -- over tax cuts, WMD intelligence, the effect of global warming. We Americans didn't want to know, and you had the courtesy not to try to find out ... Here's how it works: The president makes decisions. He's 'the decider.' The press secretary announces those decisions, and you people of the press type those decisions down. Make, announce, type. Just put 'em through a spell check and go home ... Write that novel you got kicking around in your head. You know, the one about the intrepid Washington reporter with the courage to stand up to the administration. You know -- fiction!" (Silence)

Perhaps ironically, on the day after Colbert's performance, the New York Times published a front-page story on the latest phase of the administration's war on the press. Now Bush is weighing "the criminal prosecution of reporters under the espionage laws." Since the Washington Post exposed the existence of CIA "black site" prisons holding untold numbers of detainees without due process of law and the New York Times disclosed the president's order to the National Security Agency to engage in domestic surveillance without court warrants, the administration has applied new draconian methods to clamp down.

"Has the New York Times Violated the Espionage Act?" reads the title of a lengthy article in the neoconservative journal Commentary, by senior editor Gabriel Schoenfeld, that lays out the case for prosecution. "What the New York Times has done is nothing less than to compromise the centerpiece of our defensive efforts in the war on terrorism," he writes. When the Post and the Times won Pulitzer Prizes for their stories, William Bennett, a former Republican Cabinet secretary and now a commentator on CNN of the sort satirized by Colbert, declared, "What they did is worthy of jail."

At Bush's orders dragnets are being conducted throughout the national security bureaucracy in search of press sources. Government officials have been subjected to lie detector tests and interrogations. Within a week of the awarding of the Pulitzers, CIA analyst Mary McCarthy was fired for having had an "unauthorized" contact with a member of the press. At the same time, the FBI subpoenaed four decades of files accumulated by recently deceased investigative journalist Jack Anderson in an attempt to exhume old classified material.

Bush takes a different attitude on his own leaking of secrets for political purposes. Dozens of selective National Security Council documents were leaked to journalist Bob Woodward for his 2002 encomium, "Bush at War." Vice President Cheney and his staff leaked disinformation to reporters to make the case that Saddam Hussein possessed weapons of mass destruction. And Bush and Cheney authorized Cheney's then chief of staff I. Lewis "Scooter" Libby to leak portions of the National Intelligence Estimate on Iraq's WMD to sympathetic reporters in an effort to discredit a critic, former ambassador Joseph Wilson.

In January, two officials of the American Israel Public Affairs Committee (the so-called Israel lobby) were indicted for receiving classified material from a Pentagon official who was later sentenced to prison. The AIPAC officials are being prosecuted as if they were reporters receiving leaks, and if they are convicted under the 1917 Espionage Act the precedent would be ominous for journalists. "Why should persons at the Times not be treated in the same manner?" writes Schoenfeld.

Some in the press understand the peril posed to the First Amendment by an imperial president trying to smother the constitutional system of checks and balances. For those of the Washington press corps who reproved a court jester for his irreverence, the game of status is apparently more urgent than the danger to liberty. But it's no laughing matter.