No to Israeli unilateralism 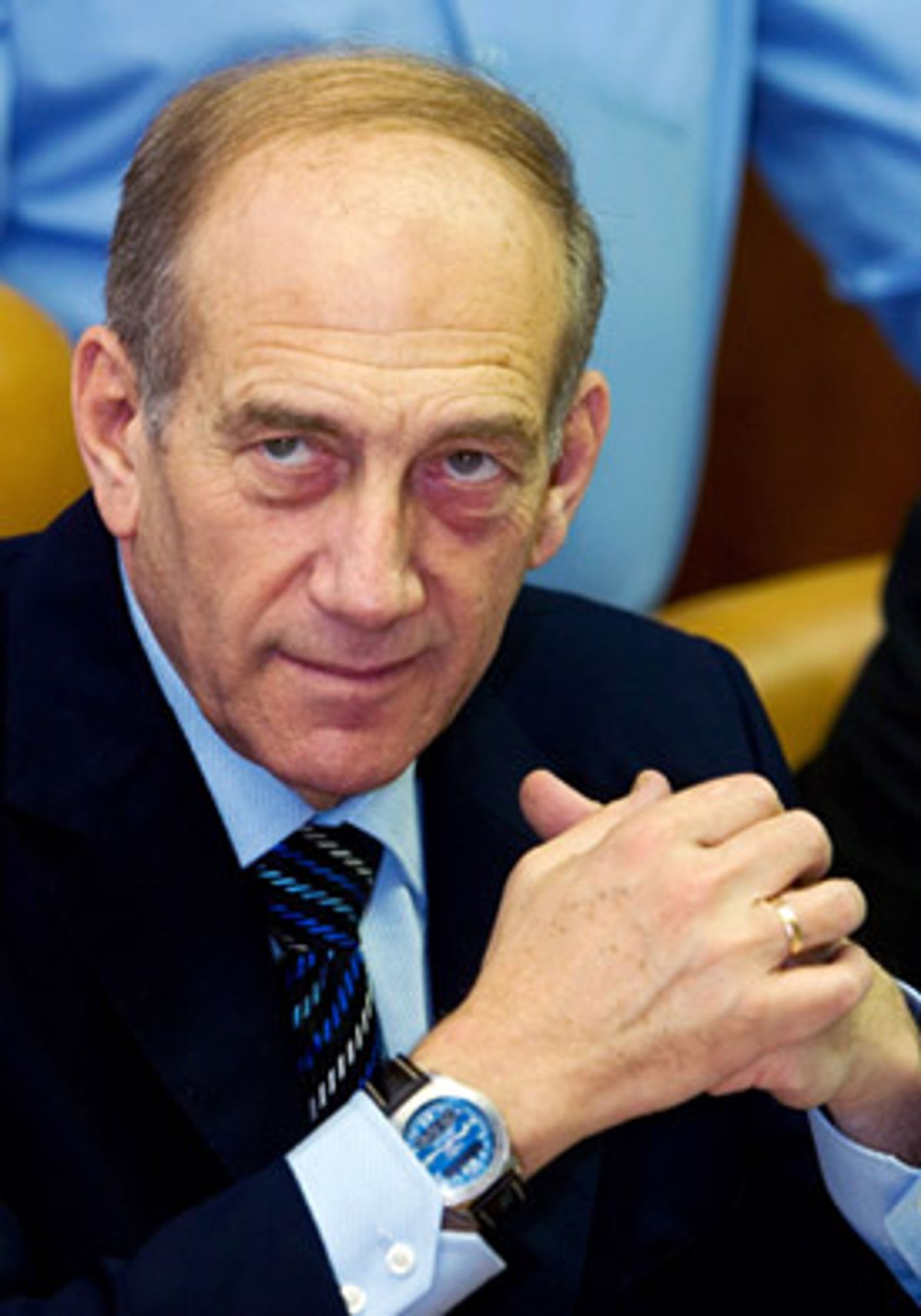 When Israeli Prime Minister Ehud Olmert meets with President Bush Tuesday, he will try to convince the White House that in the absence of a "partner for peace," an Israeli plan to draw its final borders, and wall off Israelis from Palestinians, is in the best interests of peace and stability in the region.

Yet the implementation of Olmert's "convergence" plan could have the opposite effect. By annexing West Bank lands, claiming Jerusalem's Old City and its holy sites exclusively as Israel's own, drawing a new "security border" along the Jordan Valley and keeping in place, at least for now, the military occupation in the West Bank, the convergence plan would essentially kill the decades-old Palestinian dream of self-determination. The plan is likely to lead to neither peace nor stability.

Convergence discards what has long been the central tenet for Palestinians and Israelis seeking coexistence: United Nations Resolution 242, implemented after the Six-Day War in 1967. It called for Israeli withdrawal from the territories occupied in the war if Arabs recognized Israel. This became the basis for the "two-state solution," endorsed by Yasser Arafat in 1988, which lead to the Oslo negotiations. For Palestinians, accepting Israel's existence meant giving up 78 percent of the original land they had been fighting for. Many were furious with Arafat for making what they considered a gigantic compromise.

But to Palestinians facing convergence, 242 and Oslo look great by comparison. Under Olmert's plan, Israel would take 8 percent of the West Bank for expansion of three large settlement blocs, and more land for the security border in the Jordan Valley. About a quarter of the West Bank's 240,000 Jewish settlers would be removed from more remote settlements to the large blocs on the other side of the "security barrier," where thousands of new housing units would be built on land the Palestinians want. Palestinians in the remaining portion of the West Bank would live between the security border and the security barrier, but not in a sovereign state: The Israel Defense Force would continue to patrol in the West Bank, according to Israeli analysts. In the words of Olmert, it's necessary "to keep all military options to be able to combat terrorism effectively everywhere."

"According to Olmert's Plan," wrote one of its critics, Menachem Klein, in an article in the prominent Israeli daily Yediot Ahronot, "it will be necessary to continue with the system of encirclement, enforcing closures, checkpoints, arrests ... assassinations of junior and senior activists. In other words, the settlements will converge behind the fence, but the military occupation will continue outside it."

Convergence would also strike a blow to the Palestinian dream of having East Jerusalem, including crucial Muslim holy sites, as the capital of their state. While returning parts of East Jerusalem to Arab ownership, a fixed border would divide neighborhoods and families, and the Jewish state would retain control over the Old City. These are red lines for both Palestinians and Muslims worldwide.

Arabs and Muslims are not alone. Western diplomats express growing worries that any unilateral plan will not work. Mahmoud Abbas of the Fatah party, who has gone to great lengths to criticize Hamas and present himself as the true "partner for peace," predicts convergence would lead to war. "They want our state within the wall without negotiations," Abbas told reporters in late April. "Nobody will accept it. The struggle will continue." Abbas continues to favor a negotiated settlement leading to two sovereign states existing side by side.

Convergence would lead to something else: a "one and a half-state solution," as some commentators have generously called it.

When Olmert meets with Bush today, he is likely to emphasize his view that Israel has no partner for peace. This is central for obtaining crucial American backing for the unilateral plan. However, this is not such an easy argument to make, given recent signals from Hamas. Recently, the two most prominent Palestinian militants imprisoned by Israel, including a top Hamas operative, signed a draft agreement essentially endorsing a two-state solution, including a Palestinian nation "in all the lands occupied in 1967." Now, in a statement reportedly transmitted by Hamas to the European Union, the party would agree to "the recognition of a Palestinian state next to Israel."

Up to now the Hamas government's intransigence has played directly into Israel's strategy: If the Jewish state has no "partner for peace," unilateralism has a certain logic. But in implementing convergence, Israel would be acting alone against the wishes of its neighbors. This is not a promising path to long-term peace or stability.