Sept. 11 offered Bush a reason for being, and nothing will get in the way of his holy "war paradigm" -- not even the Constitution. 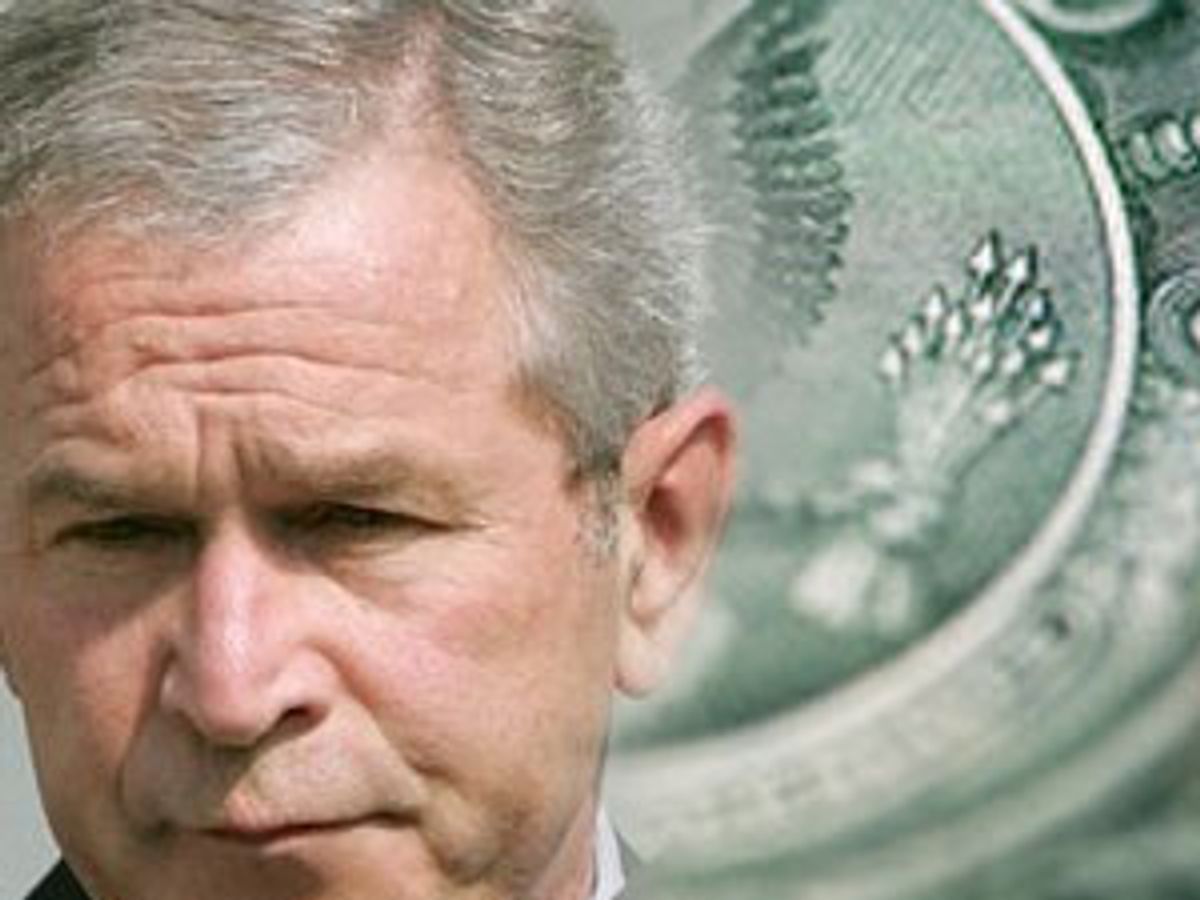 Something that senior officials call the "war paradigm" is the Bush administration's central organizing principle. They do not use the phrase publicly, just among themselves, but they bend policy to serve it. After Sept. 11, 2001, they instantly adopted the war paradigm without any internal discussion. George W. Bush, who proclaimed, "I'm a war president" and insisted that he made decisions "with war on my mind," assumed the war paradigm as his natural state and right. According to its imperatives, the president in his wartime capacity as commander in chief makes and enforces laws as he sees fit, in effect as a sovereign, overriding the constitutional system of checks and balances. Some of the paradigm's expressions include Bush's fiats on the treatment of "war on terror" detainees, domestic surveillance, and international law and treaties, and his more than 750 signing statements appended to laws enacted by Congress that he claims he can implement as he chooses.

In the beginning, the elements of the war paradigm appeared to be expediencies, conceived as a series of emergency measures in the struggle against al-Qaida. But, in fact, their precepts were developed in law review articles before Sept. 11 by John Yoo, promoted to deputy assistant attorney general in the Office of Legal Counsel at the Department of Justice, where Vice President Cheney's office assigned him to write key secret memos on torture, surveillance and executive power. Once Bush approved them, the clerisy of neoconservative lawyers, at least as tightly knit as Opus Dei, put them into effect. The war paradigm is Bush's "Da Vinci Code," the difference being that its high priests acknowledge in private that it is real.

They fervently believe that the Constitution is fatally flawed and must be severely circumscribed. The Bush administration's "holy grail," another phrase officials use in private, is to remove suspects' rights to due process, speedy trial and exculpatory evidence. The war paradigm, which they contrast with a caricatured "law enforcement paradigm," is to be constantly strengthened to conduct a permanent war against terror, which can never be finally defeated. There is no exit strategy from emergency.

Tony Blair's worthy words at Georgetown University in Washington last week about "interdependence" and a "new international institutional architecture" were an irrelevancy. Bush soaks up encouragement for the war paradigm while paying no attention to gestures of wishful and unrequited sentimentality. If Blair is pleased to offer such niceties that have no bearing on Bush, Bush is pleased, too. This special relationship is dramatically unlike those Margaret Thatcher conducted in speaking her coruscating mind freely to presidents, occasionally to their benefit.

In the short run, Bush's defense of his war paradigm could precipitate three potential constitutional crises. In the first, freedom of the press would be at issue. On May 21, Attorney General Alberto Gonzales announced the "possibility" that the New York Times would be prosecuted under the 1917 Espionage Act for publishing its Pulitzer Prize-winning article on the administration's warrantless domestic surveillance. "It can't be the case," he said, that the First Amendment "trumps" the "right" of the government "to go after criminal activity" -- and he then defined the Times' printing of its story as "criminal activity."

In the second case, the administration could assert that a wartime executive is above the law. Last week, in a federal court filing, special prosecutor Patrick Fitzgerald, who has charged the vice president's former chief of staff, I. Lewis "Scooter" Libby, with perjury and obstruction of justice, made plain his intention to summon Cheney to the witness stand in order to impeach Libby's credibility or else commit perjury himself. Will the administration defend the "war vice president" by fighting the subpoena as an infringement on the "unitary executive," who should be immune from such distractions in wartime?

In the third case, if either house of Congress should fall to the Democrats in the November midterm elections, the oversight suppressed during one-party rule would be restored. Would the administration then refuse congressional requests for documents, as it did when the short-lived Democratic Senate in Bush's first year asked for those pertaining to Cheney's energy task force -- whose members reportedly included Enron CEO Ken Lay, last week convicted on numerous counts of fraud?

One year after Cheney declared the Iraqi insurgency "in the last throes," the Marine Corps is investigating the revenge murders of at least 24 Iraqi civilians by Marines in Haditha -- and the murders' coverup -- and among the daily carnage in Iraq two members of a CBS News crew were recently killed in an ambush while a CBS News correspondent is in critical condition. "The U.S. military has become just another militia," said journalist Nir Rosen.

Bush does not contemplate the slightest retreat from the war paradigm, which he embraces as his reason for being, regardless of the war's unpopularity. After his 2004 victory, he claimed he had had his "accountability moment." But the Constitution is an intricate mechanism of checks and balances that creates constant accountability. The question at the heart of Bush's politics is whether that can be indefinitely suspended and in the meantime the Constitution radically revised.