With all the invective it has spewed at the antiwar Jack Murtha, why isn't the GOP helping Diana Irey, his opponent in November? 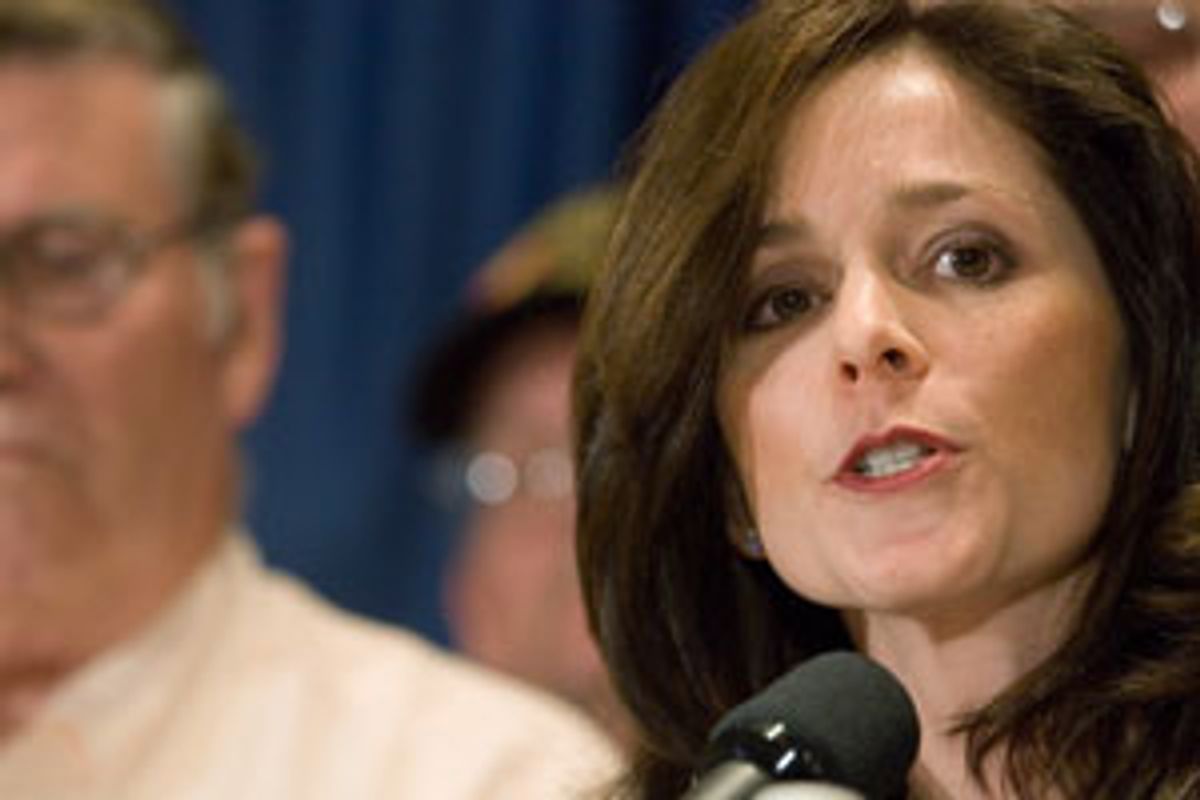 Last winter, Karl Rove promised his fellow Republicans that their party would win the congressional midterm election on the issues of war and national security. Perhaps he will still be proved right. But six months later, the White House political strategist and his party have backed away from confronting the most outspoken and credible Democratic critic of the Iraq war.

Despite all the invective fired at Rep. John Murtha, he is cruising toward reelection in his blue-collar southwestern Pennsylvania district without a serious challenge. (The socially conservative, pro-labor Democrat hasn't even bothered to put up a functioning campaign Web site yet.)

Ever since Murtha stunned Washington by urging the "redeployment" of American troops from Iraq in November 2005, he has been the target of angry assaults from the administration and its supporters. He has heard his patriotism, character and courage questioned on the House floor, in the pages of right-wing newspapers such as the Washington Times and on the airwaves by Rush Limbaugh and Bill O'Reilly. He has even been crudely "Swift-boated" by a Republican Web site that tried to cast doubt on the decorations he earned as a Marine volunteer in Korea and Vietnam.

It is precisely those credentials -- and his ample record as a foreign policy hawk and defense advocate -- that Murtha wields in his continuing campaign to end the American occupation of Iraq. Rather than mute himself in response to Republican attacks, he has stepped forward again in recent days to demand accountability and candor in the matter of the alleged murder of Iraqi civilians last November by Marines in the town of Haditha. When he revealed what he had learned about the Navy's criminal investigation of the incident on May 18, he again drew a barrage of shrill invective from the likes of Limbaugh, O'Reilly and bloggers on the right.

The debate over Haditha also provided an irresistible opportunity for Diana Irey, a Republican county official in Murtha's district who is running against him. Earning the first significant press coverage since she declared her candidacy, Irey brought a busload of supporters to Washington, including a number of veterans, to demand an "apology" from the Democrat. (He declined to apologize and can expect to be vindicated when the Navy's Criminal Investigative Service finally releases its report on Haditha.)

While Irey was visiting the nation's capital, she would have done well to venture over to the Republican National Committee headquarters, the National Republican Congressional Committee and the White House to ask why they haven't favored her with even token support. According to her last federal filing, she has raised only $75,000 and had $26,000 in remaining cash -- which left her roughly $1.5 million behind the incumbent. Her sad total includes not one cent from any Republican committee or conservative PAC. Scorned by the national party, she has been forced to seek financial support from local business and insurance executives (who might want favors from the county government she oversees). Not even Dick Cheney has showed up to help her.

By abandoning Irey so completely, the Republicans have conceded that in the American heartland -- out where the Pennsylvania coal country borders West Virginia and Ohio -- the voters have rejected their war policy.

That probably wasn't what GOP political consultant John Brabender expected when he signed on to Irey's "campaign dream team." Having earned a reputation as a smart, tough and sometimes nasty competitor, the Pittsburgh-based Brabender was already facing a difficult reelection effort this year for his chief client, Sen. Rick Santorum, R-Pa. (Brabender is so closely aligned with Santorum that he put the controversial senator's wife on the payroll of his firm, Brabender Cox, at a monthly rate of $4,000 for "client development" services that she apparently provides from her home in suburban Virginia.) Why take on this quixotic campaign against a veteran incumbent in a safe seat, who won in 2004 with more than 75 percent of the vote?

Brabender believed that Murtha's criticism of the war and the president had made the crusty representative vulnerable to a challenge -- or so he claimed last February when Irey announced that he would be handling her campaign. "Obviously, he has angered some people in his district," the consultant told the Pittsburgh Post-Gazette. Whether or not he actually thought his candidate could defeat Murtha, he must at least have expected that Republicans and conservatives would give generously to Murtha's opponent. If so, he was badly mistaken.

Yet even if plenty of money had flowed into Irey's campaign coffers, she and her consultant are both lugging lots of baggage in the race against Murtha. Although she appears to be an articulate and attractive candidate, she has scant credibility as a critic of Murtha. And should anyone start paying attention to her, Irey might have to answer questions about her husband, Robert, a construction executive, and his connection to a sensational contracting scandal in Iraq.

Last January, the Associated Press published a fascinating and thorough feature story about a $300 million deal awarded by the Iraqi Defense Ministry to a consortium that included Robert Irey and his brother William Irey. The Irey brothers had joined up with a shadowy arms dealer named Dale Stoffel, whose Iraqi patron was none other than Ahmed Chalabi -- the former exile leader and alleged conman who provided deceptive intelligence about Saddam Hussein's "weapons of mass destruction," and who has remained a favorite of Pentagon neoconservatives despite his checkered history. With Chalabi's support, Stoffel and the Ireys won a bid to rebuild military equipment for the Iraqi armed forces and market military scrap metal from all over the war-ravaged country.

Clever as Stoffel's scheme may have been, it ended very badly. He soon became embroiled in bitter financial disputes with the Iraqi Defense Ministry, which he accused of corruption. In December 2004, not long after Stoffel started making official complaints to Washington, unknown assailants murdered him and an American associate in a mysterious drive-by shooting near Baghdad.

Explaining her husband's involvement in this bloody mess could prove difficult for Irey. According to the AP, the huge deal won by her husband's consortium was obtained by hiring the same "powerful Washington lobbyists" who had represented Chalabi in his quest for American money and support.

As for Brabender, he too totes certain embarrassing associations. While Irey might hope to exploit the strong anti-incumbent sentiment that seems to be sweeping across the country, her consultant isn't exactly a poster boy for reform. Aside from the ethically compromised Santorum, Brabender's current clients include Bob Ney, the Ohio Republican who was mentioned in the Justice Department's indictment of lobbyist Jack Abramoff as "Representative #1." Last year Ney paid a fine to the Federal Election Commission for failing to report $83,000 in wire transfers to Brabender's company.

For Murtha, his constituents and his critics, however, this election's overarching issue is war. And the armchair warriors who have made so much noise attacking him seem to have fled from the political field of battle -- leaving a woman to carry their tattered banner, alone.