The author of a new book about fatherhood on today's "insane" parenting culture, and why guys can use a little advice about raising kids. 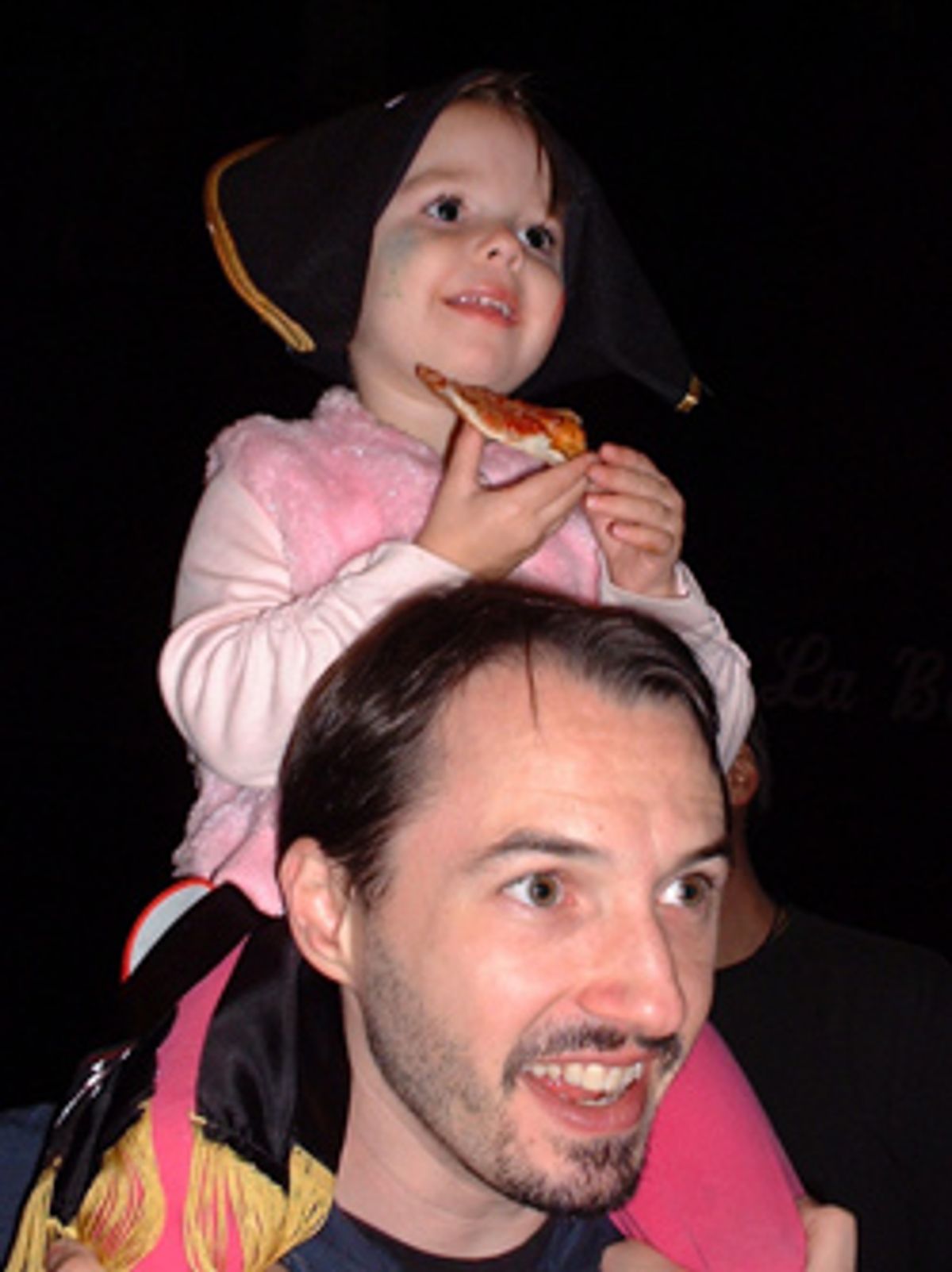 When Christopher Healy and his wife, Noelle Howey, both writers, were expecting their first child, Healy went hunting for a book on fatherhood. What he found didnt impress him.

"They all talked down to the dads," says Healy, 33, now the father of Bryn, whose first four and a half years he's chronicled in the pages of many publications, including Salon. "They all were written from the point of view that the guy reading the book had to be convinced to be a part of his child's life. I was disappointed by that, and slightly offended even."

So Healy got busy creating his own. The result, "Pop Culture: The Sane Man's Guide to the Insane World of New Fatherhood," doesn't worry so much about the nuts and bolts of parenting, what to do about a spiking fever or a leaky diaper. Instead, as the title suggests, Healy is interested in exploring the culture of fatherhood, and helping new fathers navigate the lifestyle changes that go with becoming a pop.

Healy interviewed more than 100 dads and dads-to-be from all over the country, haunting parenting groups and online message boards. Pop Culture, offers the collected wisdom he found there mixed liberally with his own advice on things like how not to feel like a third wheel if you have a doula in the delivery room, how to survive play dates, and whether you're obligated to keep your 6-year-old off playground equipment meant for toddlers. His short answers: Just deal; for fun, try counting the awkward pauses in the conversations between you and your kid's friends' dull parents; and, if there are toddlers present, yes.

In anticipation of Fathers Day, Healy, who with Howey is expecting their second child, a son, spoke to Salon from his Brooklyn, N.Y., home.

The subtitle of your book is "The Sane Man's Guide to the Insane World of New Fatherhood," and you write about some of the over-the-top behavior of new parents. Why do you think that parents today act so insane?

I think it has something to do with the personalities of our generation in general. If you look at the way our generation acts in other areas of life, I think the fact that they go over the top in parenting seems like a natural extension. We're the era of McMansions and SUVs and we are going crazy about buying flat-screen HDTVs and always having the latest technology. We're a generation that wants the biggest and best and fastest and smartest of everything. And I think we're applying that to our children also. I think in a way that's kind of where it comes from, but I think some people are forgetting that our children are people. We can't think about them in the same way as we do our flat-screen TVs.

I find myself wanting my kids to have the same kinds of experiences that I had growing up -- like my childhood was somehow exactly the way childhood should be. And that always backfires on me, because, for instance, you can't go 10 minutes watching old cartoons without seeing some racist imagery or something unbelievably violent. So I feel this weird disappointment that my kids can't have the same childhood I had, when really, my childhood was fine but it's not some model that needs to be followed.

It's really funny. I've gone through the same type of thing. And also, our generation, we are completely addicted to nostalgia. All those VH1 shows like "I Love the '70s." A lot of the guys I spoke to were psyched about getting to share the stuff that we did as a kid with our children, and the same stuff we watched too.

And, you know, we watch the movies now or read those books and we're sometimes horrified. Sometimes they're just bad quality, and you're like, "Oh my God, I liked that?" But sometimes, like you were saying, there's racist stuff.

I had that experience when I showed my daughter the Disney "Peter Pan." The Indians came out and I was kind of, "Ah, this is not what I want her to pick up." She's just been learning who the American Indians are, and this is not the image I want her to take away.

Not to mention, I have a little girl, and Wendy is not really the image of strong womanhood. Everybody only loves her because she can be maternal. So we actually haven't watched "Peter Pan" again. That was a one-shot deal. I'll wait till she's a little older and she can see nuance.

Your book is a guide for guys. Isn't reading it kind of like stopping to ask for directions?

Don't we not do that?

I prefer to look at a map. I always think I can figure them out. But I will stop and ask for directions when I need to, when I really feel like, OK, I've tried this map several times, I've tried to figure it out, and I see the road and I'm following the road, but what I'm looking for is just not here. Then I'll get fed up and stop for directions.

I also think that fatherhood is something that a lot of guys approach with a whole lot of trepidation, knowing that this is a big thing, a big major life change. It's not some little, "Oh, I can handle that. I'm not worried about it." Everybody worries about it a little bit.

It's the kind of thing a lot of guys want some kind of info on. If you're having some problem, and you ask another dad, if the other guy doesn't have an answer for you, but says, "My kid does the exact same thing. I have no idea what to do about it either" -- I think there's almost just as much benefit to that as there is in getting help and advice on how to fix the problem. Because then you go, "Thank God it's just not me."

I think for guys who are not comfortable enough to literally ask for directions by, like, going to a dad's group, a book is a really nice anonymous way of doing it, and not having anybody know that you're asking for directions.

If you had to give one piece of advice to prospective or new dads, what would it be?

Did I stump you?

I'm just trying to think of the most succinct way to put this. Um.

Ignore everybody except your baby.

Because you are going to hear all sorts of conflicting advice from all sorts of sources. Books, family members, other parents, TV shows, Web sites: It's all going to conflict, and if you listen to it all you will think that whatever you're doing must be wrong because somebody else said to do the complete opposite thing.

Whatever you do, if it works for your baby, it's the right thing to do. So ignore everybody except your baby.