Crockett and Tubbs can't match Joan Didion and T.D. Allman when it comes to exposing the shadowy side of South Florida. 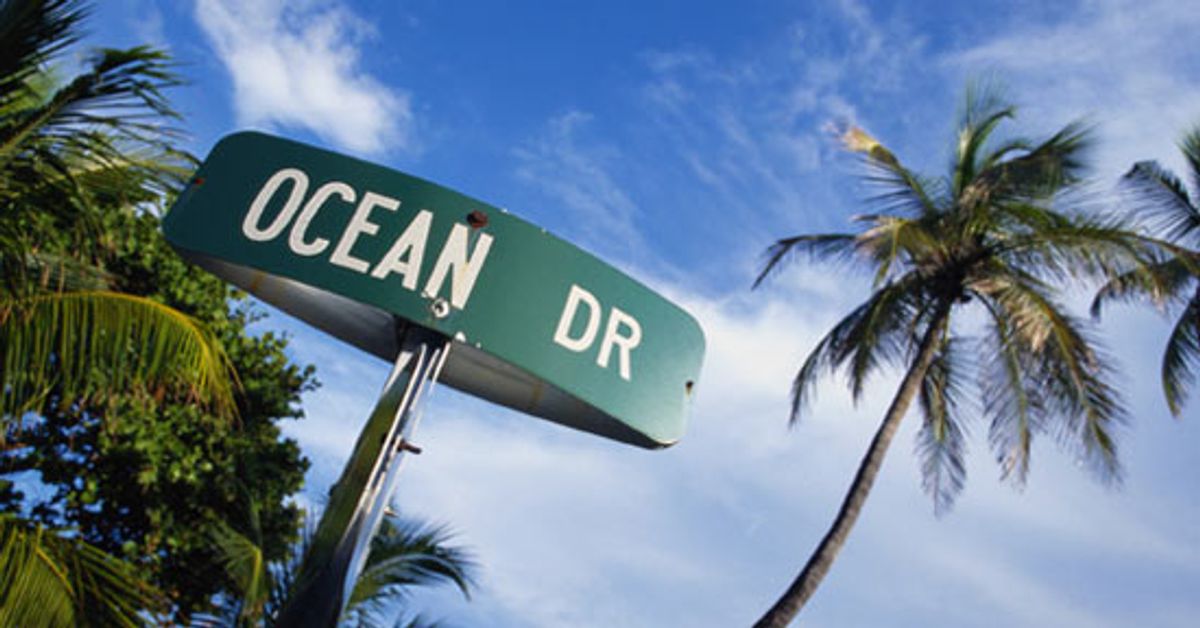 I arrived in Miami in 1991, just after the heyday of Crockett and Tubbs, a few years before the Versace invasion, to take a job as a reporter at the alternative weekly. As he did with all his non-native recruits, my editor handed me two books by way of orientation: T.D. Allman's "Miami: City of the Future" and Joan Didion's "Miami." At the time, this seemed a bit pretentious. (Why not just a decent map?) After a few months on the job, I was grateful.

Miami is, without a doubt, the strangest city in all of America, a chaotic, overheated melting pot that plays a tropical paradise on TV. Your standard tourist guide can't hope to make sense of the place. You need literature.

Allman's lively 1987 nonfiction survey is the place to start. He writes with tremendous verve, but has the good sense to let the material do the driving. The book is crammed with colorful anecdotes about the city's unlikely emergence from the swamps, its long history of chicanery, and its recent incarnation as the northern capital of Latin America. Allman writes with equal zeal about pioneers, such as railroad baron Henry M. Flagler, and those who arrived in South Florida seeking refuge, a motley group that includes luminaries such as Alphonse Capone, a Miami Beach antiques dealer late of Chicago. Allman also manages to capture the city's resilience in the face of its single most tumultuous year, 1980, which saw the arrival of 100,000 Cubans thanks to the Mariel boatlift, the death of dozens of Haitian boat people whose bodies washed up on the city's tourist beaches, and race riots sparked by an all-white jury's acquittal of four white cops accused of murdering a prominent black businessman.

Didion keeps the focus tighter. In her book, also published in 1987, she traces the rise of el exilio, South Florida's powerful Cuban-American exile community. If "Miami Vice" portrayed a pastel playground, Didion repaints the city in ominous shades, as an urban outpost haunted by CIA spooks and anti-Castro terrorists who together compose a shadowy front in Reagans clandestine Cold War.

The politics may be a bit dated by now, but the book remains riveting. Didion is able to capture, as no one else has, the devolution of immigrant yearning into political corruption. Her prose has a hushed, conspiratorial feel; the sentences are not so much composed as delicately unspooled -- threads of innuendo and insight. Miami, Didion writes, is "not exactly an American city as American cities have until recently been understood but a tropical capital: long on rumor, short on memory, overbuilt on the chimera of runaway money and referring not to New York or Boston or Los Angeles or Atlanta but Caracas and Mexico, to Havana and to Bogota and to Paris and Madrid." Her slender volume is as close to a noir thriller as New Journalism gets.

Of course, thanks to its exotic coastal setting and astonishing record of violence, Miami has become a renowned breeding ground for crime writers, ranging from the zany (Carl Hiaasen) to the pulpy (Edna Buchanan) to the more literary (Les Standiford). The granddaddy of the genre is the late Charles Willeford, whose marvelous "Miami Blues," published in 1984, introduced the world to Hoke Moseley, a foul-tempered, toothless detective whose drive to capture bad guys barely outstrips his existential burdens. One of many reasons to savor "Miami Blues" is its villain, a pitch-perfect psychotic by the name of Freddy J. Frenger Junior. (Those who remember Alec Baldwin's film version of Frenger saw only a pale version of his pathologies. Trust me.)

I would be remiss if I failed to mention the other giant of South Florida crime fiction, John D. MacDonald, and in particular the 1964 novel "The Deep Blue Good-by," which features his most beloved protagonist, a salvage expert and self-described "knight in tarnished armor" named Travis McGee. MacDonald, who counts among his legion of fans Stephen King, was named a Grand Master by the Mystery Writers of America in 1972, and won the American Book Award eight years later.

Compared to these literary giants, Robert Andrew Powell is not exactly a household name. Still, his brilliant 2003 book, "We Own This Game: A Season in the Adult World of Youth Football," provides a fascinating view of the city. I was leaving Miami just as Powell was arriving, but we were both intrigued by the city's vast (and largely overlooked) inner cities. Neighborhoods such as Liberty City and Overtown make the news only when the African-Americans there riot, or carjack a string of tourists.

Powell's book focuses on a seemingly innocuous pursuit: the cult popularity of the Pop Warner football league, which has become a kind of preteen breeding ground for tomorrows NFL stars. In fact, this sharply written account of a single season is more distressing than a mountain of crime reports. This is a world where thousands of fans turn out to watch 9-year-old kids do battle, where recruiters and rap stars roam the sidelines, where fan disputes end in gunfire, and where the kids themselves are weighed down not just by helmets and shoulder pads, but by their families' rabid dreams of NFL stardom. "We Own This Game" is compulsively readable, precisely because it focuses on the very parts of Miami that tourists will never see, the vast, desperate ghettos where athletic success has become, for all intents and purposes, the only path to the American dream.