Get to the city of canals before it disappears -- and don't forget to grab Calvino, James and, of course, Thomas Mann. 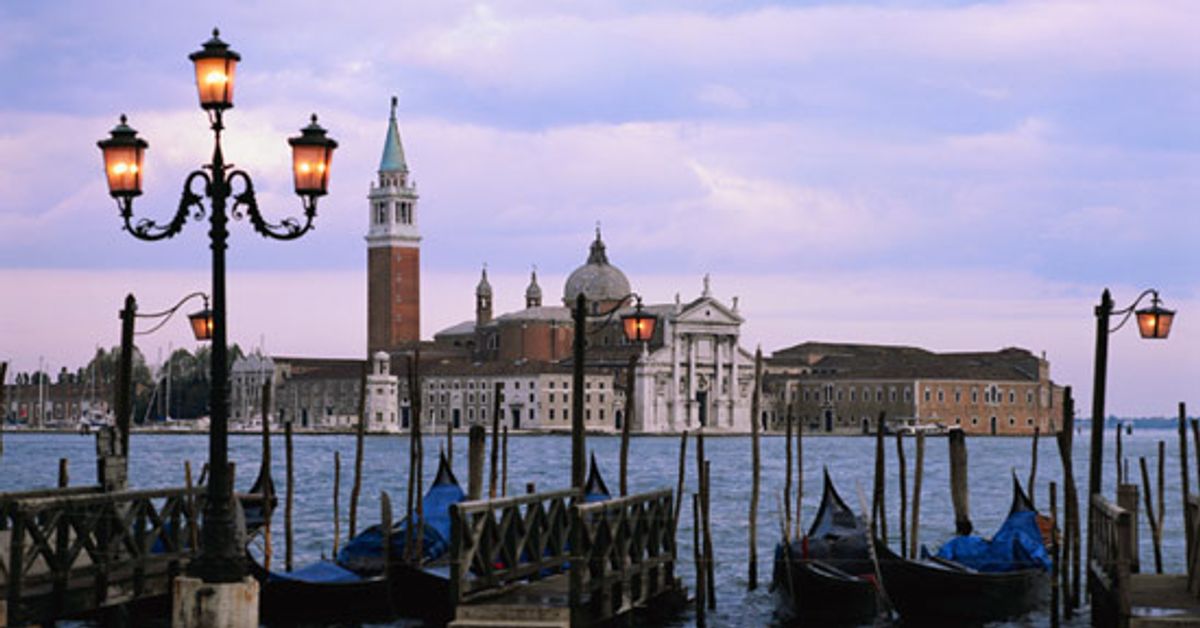 Henry James -- or at least I think it was Henry James, though it could just as easily have been any one of the many self-appointed guardians of the Venetian legacy from John Ruskin to Gore Vidal -- once wrote to the effect, "There is absolutely nothing new that can be said about Venice." This is nonsense, and is refuted by every new book written about the most serene republic, as the locals like to call it. Just look at the most recent addition: John Berendt's 2005 book "The City of Falling Angels," which uses the political and social turmoil that followed the burning of the historic La Fenice Opera House in 1996 to offer a prognosis on the current health of Venice.

So what is the outlook on Venice's future? Not so good, but then, it hasn't been since practically the 16th century, when the tiny Venetian empire dueled with the mighty Ottoman Turks for the economic supremacy of the Mediterranean world. The foundations originally set in the earth alongside the city's canals are crumbling; a serious disturbance in the Adriatic Sea could flood the entire town; a major fire might destroy any or all of the city's most treasured buildings (Venice is without fire hydrants). All these reasons -- and several more -- have been offered to explain why Venice cannot survive. If Rome is the eternal city, Venice is its doomed cousin.

All of which makes for good reason to see it as soon as you can. One should, if possible, see Venice when one is young and then again in later years to compare memories. Just as Venice itself is a virtual museum of ideas and artifacts of every epic from the medieval through the Renaissance to the late Romantic, so it is also a great place to store one's own dreams and fantasies for the future. Henry James called Venice "the repository of consolations," meaning an ideal place for someone with a broken heart; as Gore Vidal added, it's equally perfect for "someone looking for a heart to break."

You can't really fall in love in or with a city unless you can walk around in it, and Venice is the greatest walking around city in the world. Most great cities overwhelm with their size and power. But Venice, which isn't a great deal larger than Central Park, overcomes the first-time visitor with its layers of atmosphere and richness of detail -- which is exactly what the fictional Kublai Khan of Italo Calvino's 1972 fantasy "Invisible Cities" discovered, listening with rapt attention to Marco Polo's tales of fabulous cities, each and every one a distortion and reflection of the great explorer's hometown.

Venice lovers understand Kahn's enchantment: the beauty of Venice seems to change from book to book according to the eye of the beholder. No other city has inspired so many great words per square foot. The spectrum of literary Venice runs from the Renaissance of Shakespeare's "Othello" and "The Merchant of Venice" to the splendorous decay of early 20th century Venice in Henry James' greatest novel, "The Wings of the Dove" (1902), about the doomed American heiress Milly Theale who gives elegant parties at her home, the magnificent Palazzo Barbaro, on the Grand Canal.

It's almost impossible not to see Venice in terms of the books one has read. Its touristy glitz notwithstanding, the Lido, where von Aschenbach first sees and falls in love with the golden boy Tadzio in Thomas Mann's 1912 novel "Death in Venice," cannot fail to evoke a note of high tragedy. Cathedrals and leering gargoyles conjure visions in Daphne du Maurier's 1971 horror story "Don't Look Now" about an English architect and his wife in Venice haunted by the ghost of their dead daughter. To some, James' novels impose a baroque sensibility on Venice, while the horror stories of du Maurier and other writers, most notably Ian McEwan in "The Comfort of Strangers" (1981), recast Venice in a gothic mode.

In McEwan's novel, in which a young English couple on holiday fall under the spell of a demonic older man and woman, labyrinthine streets and canals serve as a kind of metaphor for the characters' neuroses. The name Venice is never used, though the silhouette on the cover of the book is the city's most recognizable landmark, the Doge's Palace on the Piazza San Marco. The reader quickly realizes that the narrow passageways, "the total absence of traffic in the city that allowed visitors the freedom to become so totally lost," the streets that "curved tantalizingly into darkness," permeated by the smell of frying fish, could be in no other city.

You can always spot a purist, i.e., someone who prefers Venetian medieval (best found in the interiors of the city) to the Byzantine and Renaissance style (most visible along the Grand Canal). He or she is almost certain to be carrying a copy of "The Stones of Venice (Vol. 3)" by John Ruskin, the eminent 19th century British art critic who accomplished the extraordinary feat of imbuing 300 years of Venetian culture with a Victorian hue. If, like me, you're not an ideologue, you'll probably prefer Mary McCarthy's "Venice Observed" (1956), which leads you through Venice period by period, repaying the debt the city owes to each era.

With all respect to Henry James, McCarthy is the best critic of Venetian art, or at least the most generous, highlighting such painters as Francesco Guardi (1712-1793), who may not have been one of the city's great artists but is probably responsible, more than anyone else, for the popular images that most of us come to Venice with and look for when we get there. His deep-shadowed evocations of Venetian life -- the Rialto Bridge and the great palaces along the Grand Canal, the carnival masque and the gondola -- were carried through his paintings to the outside world, albeit with famous buildings and historical sites rearranged to make the city seem even more picturesque. As McCarthy noted, Guardi's art is close to photography, and the tourist who isn't afraid of being identified as such will be rewarded by bringing along an edition of his paintings.

For the traveler who has managed to overcome his or her initial awe of Venice, a book that has often succeeded in fostering a lasting affinity with the city is Jan Morris' "A Venetian Bestiary" -- in the author's words, a celebration of "a mighty menagerie of fact and fantasy." The 1982 book is a tribute to Venice's animals -- from its famous winged lion guardians to its seemingly ubiquitous cat population ("Essential scavengers in a city that depends on the tides for its hygiene"). Venetians may snub you, other tourists may ignore you, but a Venetian cat to whom you toss a forkful of sea bass will always remember you on your return.