No moment of truth?

Cheney, Rove and Libby may be subpoenaed in the Plame-Wilson lawsuit. But will they actually have to say anything on the witness stand? 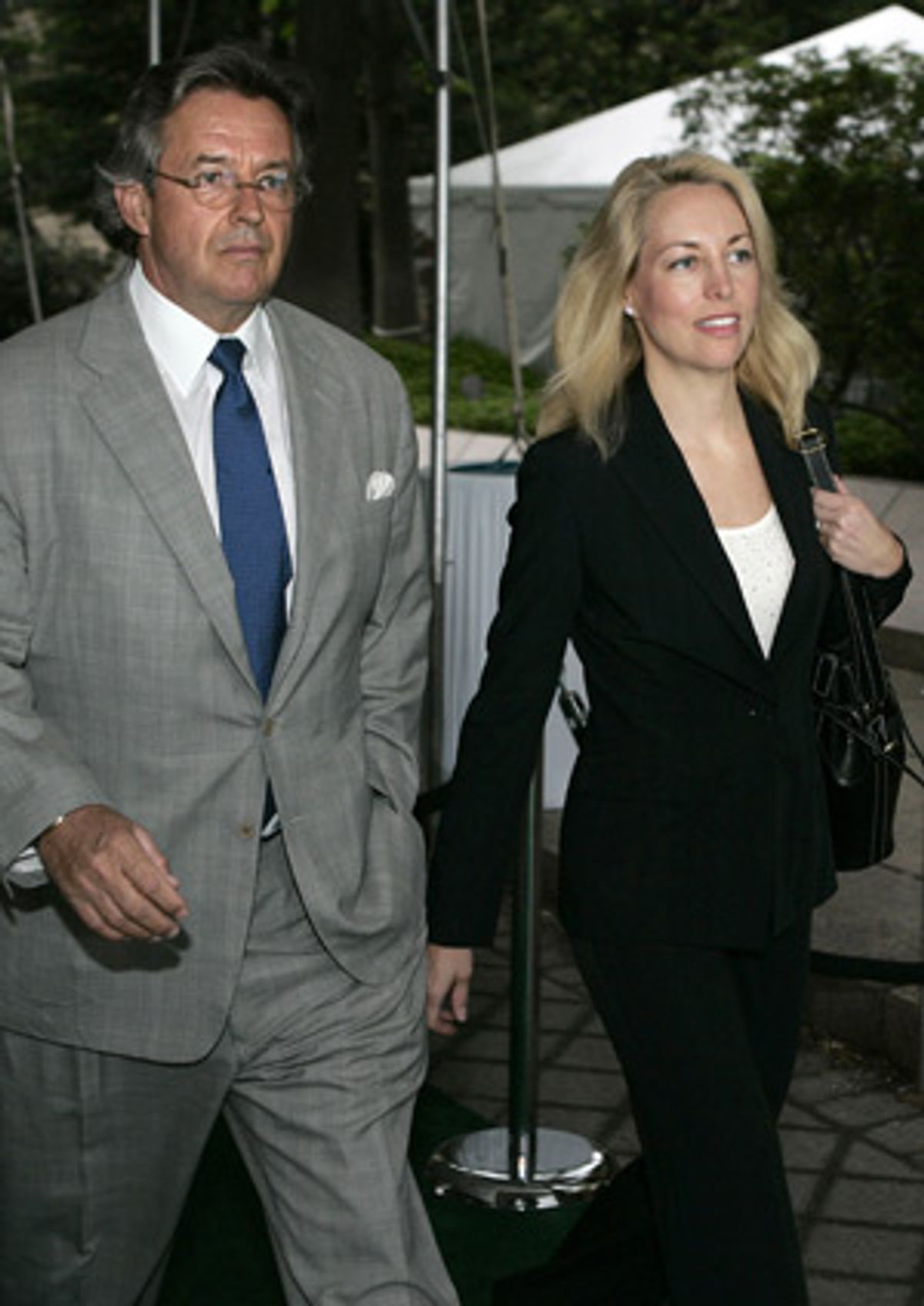 Thursday night there was already disagreement among Plamegate obsessives over the outlook for Joseph Wilson and Valerie Plame Wilson's lawsuit against I. Lewis "Scooter" Libby, Dick Cheney, Karl Rove and their as-yet unidentified codefendants. John Dean was telling Keith Olbermann on MSNBC's "Countdown" that the Wilsons had a strong case, followed by Lawrence O'Donnell insisting the case was weak. O'Donnell told Olbermann he suspected that Vice President Cheney might succeed in getting the suit tossed out of court.

But even if the case does move forward, Plamegate aficionados may be deprived of their long-awaited moment of truth.

For those who want to see Karl Rove "frog-marched" to jail, in Joseph Wilson's famous formulation, a civil suit offers the possibility that Rove will have to answer more questions under oath about his role in the outing of Wilson's wife as an undercover CIA operative. In civil court, unlike criminal court, a defendant cannot refuse to appear as a witness, and the scope of questioning permitted to both sides is much wider.

But if the civil suit is permitted to go forward, defendants will try to defer it indefinitely. Libby's lawyers will want to postpone any civil action until after his criminal trial on charges of obstruction of justice, perjury and false statements. And should the defendants ever be compelled to testify, they will still be able to take the Fifth Amendment. In that regard, ironically, the fact that the defendants have never been indicted for the alleged crime underlying the suit means they are in a better position than if they'd been charged and acquitted or had their indictments thrown out of court.

The lawsuit alleges that Libby, Cheney, Rove and 10 unidentified defendants violated the Wilsons' First and Fifth Amendment rights by "reach[ing] an agreement to discredit, punish and seek revenge against the [Wilsons] that included, among other things, disclosing to members of the press Plaintiff Valerie Plame Wilson's classified CIA employment."

It also, in passing, accuses the defendants of a crime. Buried near the end of the suit is a single sentence: "Each defendant had knowledge that their common scheme involved the disclosure of Plaintiff Valerie Plame Wilson's classified CIA employment." The Wilsons are bringing the charge that special prosecutor Patrick Fitzgerald was never able to bring -- namely, that Plame Wilson's identity as a CIA agent was classified, and that Libby, Cheney and Rove knew that when they disclosed her identity. Lawyers for the Wilsons have declined to comment until after Friday morning's press conference, but in an interview with Salon in which he reaffirmed his belief in the suit's merits, John Dean pointed out that this resemblance to a criminal allegation is purely inadvertent. "The suit is about harm."

Nevertheless, at the heart of proving harm to the Wilsons will be any and all evidence of what remains a criminal act. In depositions or on the stand, the Wilsons' legal team will be asking questions about an alleged crime for which no one has been convicted, which invites some interesting comparisons with a pair of notorious celebrity trials.

When Robert Blake was acquitted of the murder of his wife, Bonnie Lee Bakley, Bakley's children turned to the only legal option left them and sued Blake for their mother's death. What Bakley's children did was exactly what the family of Ron Goldman did after O.J. Simpson's acquittal on murder charges. Strange as it may sound, these suits are not that different from what the Wilsons are doing in filing suit against Libby, Cheney and Rove. All sought, or are seeking, to take advantage of the differences between a civil suit and a criminal prosecution to try to prove in civil court what prosecutors could not.

Civil suits have a lower standard of proof. "In a civil court, you have to show it's more likely than not the person did it, as opposed to beyond a reasonable doubt in a criminal case," says Eric Dubin, the attorney who represented Bakley's children in their suit against Blake. "Theoretically, in a civil case, you have to prove 51 percent sure, as opposed to reasonable doubt, which is sometimes 99 percent or higher."

The second difference lies in the nature of discovery. Civil defendants cannot refuse to appear as witnesses, and attorneys have greater latitude in what questions they can ask. These looser rules produced the twin tabloid spectacles of Simpson and Blake squirming on the stand as they were grilled about their respective wives' violent deaths.

The Fifth Amendment's protection against self-incrimination, however, still applies to Libby, Cheney, Rove and the unidentified defendants in a way it didn't for Blake and Simpson. Both Blake and Simpson had already been acquitted, and because of the Constitution's protection against double jeopardy, they could not be charged for the same crime again. Since they were no longer at risk of self-incrimination, they could no longer invoke the Fifth to avoid answering questions about the murders.

"The first time I tried to depose Blake [before the criminal trial]," Dubin explains, "he wouldn't even answer a question about his date of birth. After the criminal trial was over, he had to answer every single question."

The defendants in the Wilsons' lawsuit, in contrast, can still refuse to answer certain questions. They haven't been prosecuted for the criminal allegation at the heart of the case and thus could still incriminate themselves. Even an indictment and a dismissal, under certain circumstances, would have diminished their Fifth Amendment protections. Despite the fact that they may, at long last, have to answer many questions about their conduct three years ago, Libby, Cheney, and Rove can still keep mum if they desire on those questions for which Plame watchers most want answers.