Why is Bill Clinton in Connecticut?

It helps his wife, and it helps Joe Lieberman connect with a group of long-neglected voters. 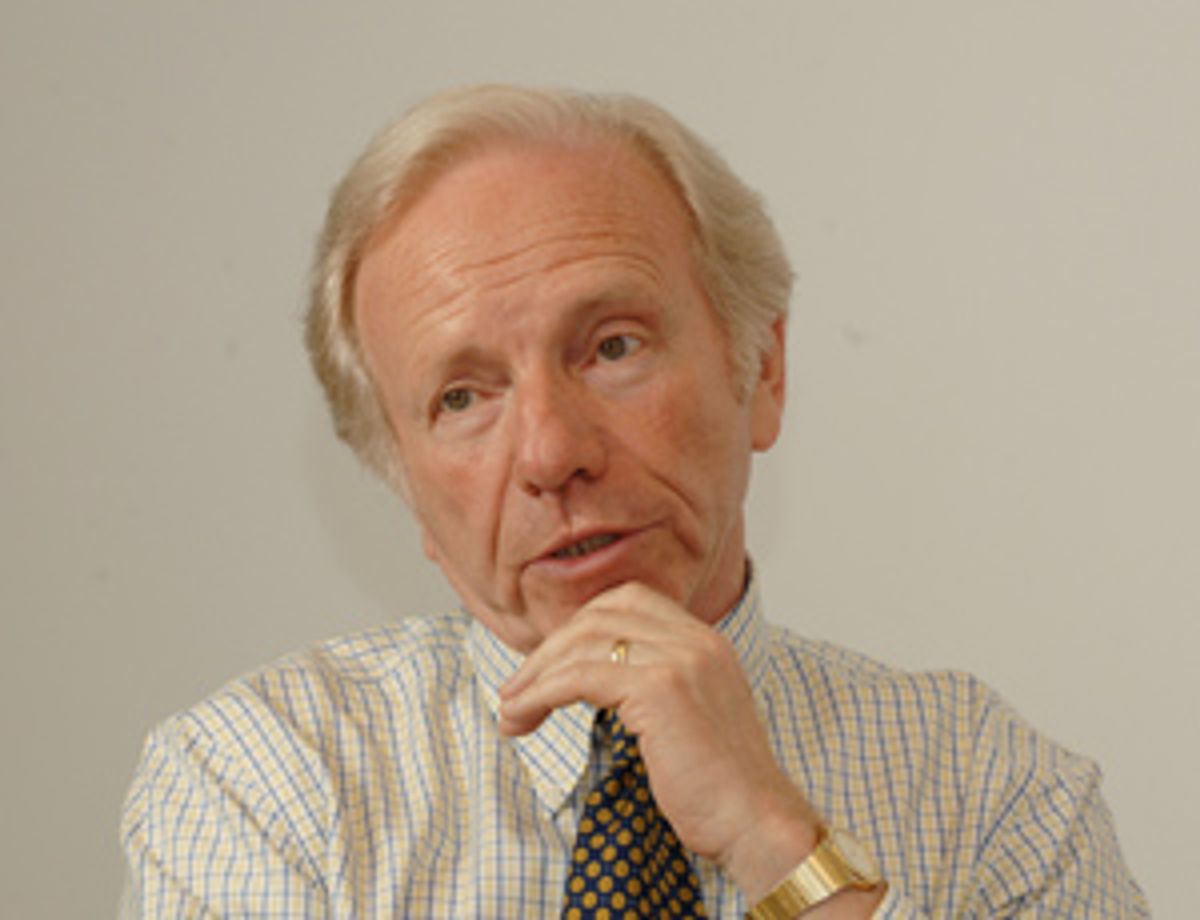 "They're desperate. They're losing," Rep. Maxine Waters told me on Saturday. The California Democrat was 3,000 miles from home in Hartford, Conn., at Ned Lamont for Senate headquarters in the black neighborhood known as the North End. By "they" she meant the Joe Lieberman campaign.

Waters had just spent the day storming through the state, even knocking on doors, trying to persuade people to vote for Lamont, a white Greenwich millionaire she'd probably never heard of a few weeks ago. Even so, she can see in him great virtues, chief among them the fact that he is not Joe Lieberman. Lieberman and the very liberal Waters have been at it since at least 1995, when he chaired the centrist Democratic Leadership Council and spoke in favor of California's anti-affirmative-action initiative. Waters would probably campaign for an attractive Ikea wall unit if it were running against Lieberman.

But as a campaigner, Waters can't hold a candle to America's greatest living "black" politician, who will make his own trip to Connecticut Monday afternoon, except he'll be working for the other side. William Jefferson Clinton will appear at a rally in Waterbury on behalf of Lieberman, in hopes of rescuing the incumbent senator's foundering reelection bid.

Why is Bill Clinton stumping for the man who famously rebuked him from the floor of the Senate during Monica-gate eight years ago? Part of the reason is personal. Clinton and Lieberman have known each other nearly 40 years. They met in 1970, when both were Kennedy disciples involved in a Connecticut-wide liberal insurgency that won Lieberman a state Senate seat.

Part of the reason is selfish. Lieberman may have chastised Clinton, but he has also provided a template for the other politician in the Clinton family. Hillary Clinton has undergone a gradual but very public transformation into a kind of Bride of Lieberman, hawkish on the war, adamantly pro-Israel and tracking right on social issues. She even likes to bash video games, just like Joe.

Hillary's politics are Joe's politics. If Lieberman sinks, it will raise a lot of questions about the current Clinton strategy, which is really just a post-millennial version of that old-time DLC religion. When I asked Waters why she thought Clinton was coming to Connecticut, she said there were rumors in Washington that he and his wife are freaked out by the sudden progressive insurgency. The DLC is putting down a small rebellion before it spreads. Thus, Bill, the DLC's greatest success story, will be standing alongside former DLC chairman Lieberman in Waterbury mere hours after Hillary gives the keynote speech at the DLC's annual national convention in Denver.

What Lieberman gets from Bill Clinton, meanwhile, is obvious, at least at first glance. The liberal base of the party has turned on Lieberman with ferocity. With two weeks to go before the Aug. 8 primary, he seems to be in free fall. Lamont has a four-point lead in the latest Quinnipiac poll, a 19-point jump in six weeks. Sean Smith, Lieberman's campaign manager, espouses the idea that "low-information" voters swing elections. Some of those folks will surely be swayed by Clinton, and make up for all the liberal votes that are bleeding away.

But if you lose that many votes that fast, chances are you're bleeding from more than one place. Lieberman's handlers have been looking around for somebody, anybody, who might, you know, vote for him -- some untapped bloc of loyal Democratic voters. How about, um, black folks? And to appeal to those black voters, how about calling in the white politician they like and trust above all others? Instead of, you know, Joe Lieberman.

There probably aren't that many African-American primary voters -- maybe 10 percent of registered Democrats, with a smaller percentage actually voting on Aug. 8. On the other hand, this will be an election of small numbers. I'm currently guessing a turnout of between 100,000 and 130,000, though I lean toward the higher total. If 65,001 votes win the primary, you don't need to move a whole lot of votes to make a difference.

So Clinton is coming Monday, and Lieberman spent Sunday stumping in Hartford's black churches, where, according to the city's black leaders, nobody had previously seen him in his 18 years as senator. Lieberman staffers and Hartford Courant reporter Mark Pazniokas fell into an almost Aquinian discussion about Lieberman's connection with African-American voters. Was he "reconnecting," as many of the churchgoers were telling Pazniokas, or had he never disconnected at all, as the campaign kept insisting?

"His people will tell you he has been here, doing things quietly," former Hartford mayor and state representative Thirman Milner, now a Lamont supporter, told me. "He must have been really quiet."

Neither candidate, I'm sure, resonates much with black voters. Look at it musically. Lieberman became famous in 2000 for his plodding version on "Late Night With Conan O'Brien" of "My Way," the whitest Frank Sinatra song ever. Lamont has recently unveiled some chops on the keyboards. He told me his best tune is John Lennon's "Imagine," which is ennobling but also white. I doubt Clinton is going to rip some serious Wilson Pickett on his sax in Waterbury, but you know one of his jobs while he's in town is, metaphorically, to play that funky music.

If Lieberman's sudden discovery of the black vote doesn't work, of course, the Clintons will cut Lieberman loose like a sandbag on a sinking balloon. They already have, sort of. Each has made separate statements promising to support the Democrat chosen by party voters in two weeks, so no matter how many nice things the ex-president says in Waterbury, we should understand that today's Joe Cool could be Aug. 9's Joe Who?

But maybe the ploy will work because Waterbury is, after all, a lucky charm for Democrats. And it's one that speaks to both Bill Clinton and Joe Lieberman's dimly remembered roots. In 1960, John F. Kennedy abruptly added a Waterbury stop to his campaign schedule, and 40,000 people stood around until 3 a.m. waiting to see him. He spoke from the balcony of a beautiful and storied old hotel, the Elton. The night was celebrated by historian Theodore White as a turning point, and Pierre Salinger called it the greatest moment of that campaign. It's a story both Clinton and Lieberman would know well, or would've known back in 1970. In the ensuing years, each has parked some of his youthful ideals and gotten behind the wheel of the shiny new centrism. And the Elton Hotel has become an assisted-living facility. Time is pitiless.