As war in the Middle East rages, even some conservatives are calling for the U.S. to start talking to its enemies, not just its friends. 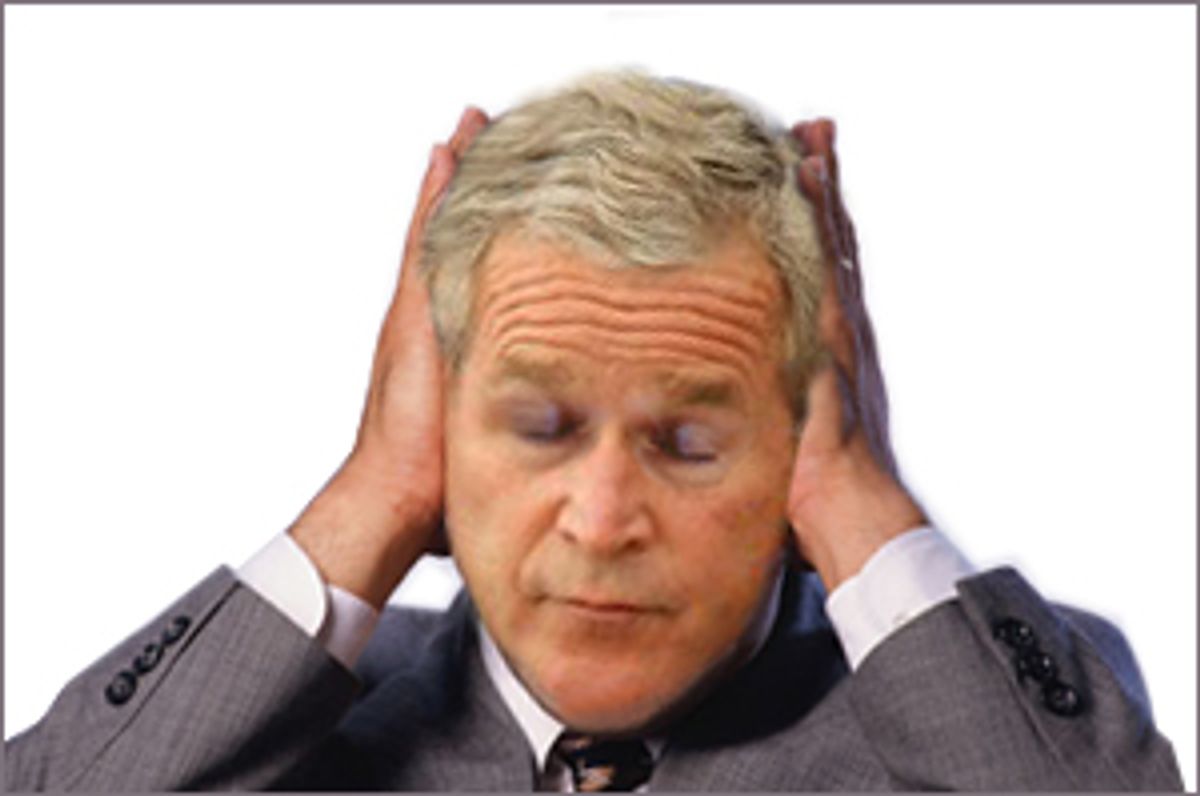 As Secretary of State Condoleezza Rice touched down briefly in Beirut, Lebanon, Monday for meetings with the besieged Lebanese government en route to talks in Jerusalem and Rome over how to end the war between Hezbollah and Israel, she faced not just a complex conflict that has confounded policymakers for decades, but a debate at home over whether the U.S. should be talking more. Specifically, should the U.S. be talking with those central actors in the drama it has previously deemed unworthy of dialogue -- Hezbollah, Syria, Hamas and Iran?

Before she arrived in Beirut, Rice had downplayed the diplomatic estrangement between the U.S. and Damascus. "The problem isn't that people haven't talked to the Syrians," Rice told the Associated Press. "I think this is simply just a kind of false hobby horse that somehow it's because we don't talk to the Syrians.

"It's not as if we don't have diplomatic relations," she insisted. "We do."

But other reports said that rather than hold direct talks between Washington and Damascus, the Bush administration was leaning on Saudi Arabia to negotiate with Syria, with the aim of trying to drive a wedge between Damascus and Tehran, both supporters of Hezbollah. Rice also met with Lebanese Parliament speaker Nabih Berri, widely understood to be an unofficial liaison with Hezbollah. In both cases, the Bush team preferred proxies to direct conversation.

Increasingly, some former U.S. policymakers and diplomats, including self-described conservatives, are losing patience with the Bush administration's allergy to talking, and are challenging its underlying assumption. The rationale for not talking to rogue regimes and extremist groups is that it rewards or legitimates them, demonstrates appeasement, and therefore sets back U.S. security interests.

"In the Arab-Israeli equation, people often say we have to put pressure on the parties to make peace," Djerejian continued. "There's some truth to that. At the same time, you have to deal with all relevant parties in order to obtain the political buy-in and chart out the common ground to make necessary compromises to come to an agreement. For that, you need dialogue and muscular diplomacy."

"Real conservatives have never minded talking," insists Arthur Hughes, a former ambassador to Yemen under the elder George Bush and former chargé d'affairs of the U.S. embassy in Tel Aviv. "It needs to be set up properly, to make sure there is no misunderstanding. But remember when [Reagan's former Secretary of State] George Shultz -- no liberal --convinced Reagan that the PLO in Tunis were fit discussion partners?"

In fact, it was during the Reagan administration that the schism between neoconservatives and realists on the subject of diplomacy first became apparent. As Rick Perlstein, author of a book about Barry Goldwater and a forthcoming one on Richard Nixon (and a political liberal), points out, some on the right were calling Reagan unprincipled for negotiating arms control agreements with the Soviet Union and not providing more backing for the Polish Solidarity movement. "It's a founding narrative of the modern right," claims Perlstein. "It is built into the right-wing characterological DNA." With the ascendancy of the neoconservatives in the Bush administration, the non-talkers seemed to have won the battle on the right.

David Frum, the former speechwriter for George W. Bush, says it's not just his fellow conservatives who've voiced concerns about engaging with extremists. "Warning against the dangers of legitimating terrorist groups is not an exclusively conservative concern," Frum told me. "It's a concern everyone had to deal with. This problem goes back to the debate over how you deal with the rise of the Nazi Party. It's an eternal problem, and not a distinctly conservative problem, nor one confined to the question of terrorist groups."

Yet it's modern conservatives, both in and out of power, who openly disparage talking to the wrong people. "'We have accepted the lawyer-diplomatic fantasy that talking while North Korea builds bombs and missiles and talking while the Iranians build bombs and missiles is progress,'' Newt Gingrich told the Washington Post recently. "Is the next stage for Condi [Rice] to go dancing with Kim Jong Il? I am utterly puzzled."

"We would love to practice diplomacy with people who are worth talking to," said a current Bush administration official who asked not to be identified. "But you've heard it before: Don't reward terrorists by giving them any legitimacy or negotiating with them. Maybe if they came over to the right side of civilization, then there would be something to discuss. There's a way to go about these things. Their way is not the way of normal people."

This more hard-line approach has been apparent since George W. Bushs first term, when his administration refused to deal directly with Yasser Arafat. The posture was almost a mirror image of former Israeli Prime Minister Ariel Sharon's hard-line stance toward Arafat, and his government's subsequent decision that with no acceptable Palestinian negotiating partner, it would carry out unilateral withdrawal from Gaza. Now the Bush administration avoids dealing directly with the Hamas-led Palestinian government, though it supported the recent elections that brought Hamas to power.

Neoconservatives like Patrick Clawson of the Washington Institute for Near East Policy see their approach as pragmatic, not ideological. "The problem with talking to rogue states is that we don't get anywhere with them," Clawson told me. "In particular, Syria's Bashar al-Assad repeatedly lied to us. We go, get a promise, and then nothing happens. On [former Secretary of State] Colin Powell's first trip to the Middle East, Assad directly lied to Powell about whether Iraqi oil products were flowing through Syria." With "three big rogue states," concludes Clawson, meaning Iran, Syria and North Korean, "it just doesn't work."

But talking can be OK, as long as it's done with a baleful countenance, and the party across the table is suitably intimidated. "As for Syria, the question is, we want this crisis to end with a change in Lebanon, with Hezbollah under a different station than now," says Joshua Muravchik, of the American Enterprise Institute, a neoconservative Washington think tank. "And I have always been categorically against appeasement or concessions to miscreants. But I don't think talking to someone is per se appeasement or concession. If our attitude toward Syria is what I think it ought to be, more threatening than supplicating, then I am perfectly happy to talk with them."

"I don't think it's a matter of principle not to talk to these people," Muravchik adds. "And there's not a principle that you have to talk to everyone. There are some times you might want to delegitimize someone, you might want to give them a cold shoulder. I think I completely support what we have done vis à vis Hamas, saying that if they want to talk to us, that there's a certain price of admission."

There are already signs, however, that as on the ground in Iraq, such ideological purity is bumping up against messy reality. In June, the Bush administration moderated its stance toward Iran. Where once it had forsworn any direct diplomacy, the administration indicated it was open to joining in some European-led talks with Iran, provided the regime suspend its nuclear enrichment program. Predictably, just as they had done with Reagan two decades before, conservative foreign policy activists led by former Reagan-era Pentagon official Richard Perle began to accuse the Bush team of going soft.