Skip Provence and head west to Gascony, where the weight of history is felt at every turn, and the food will blow your mind. 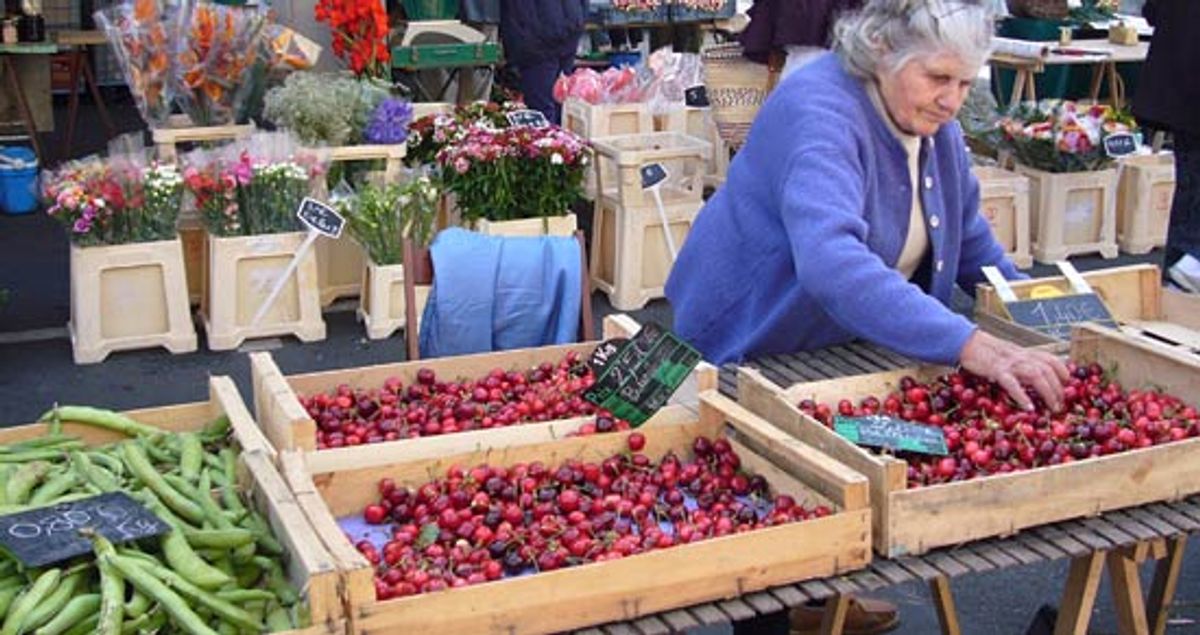 If you tell people you're taking a trip to southern France, they're likely to assume you mean the South of France -- that land of pastis, sunflowers, celeb-swarmed film festivals, and sunburned Brits. It's an honest mistake; though the Côte d'Azur and Provence have long been celebrated by tourists (and romantic chateau-restoring writers) for their improbable mix of big-money glamour and precious country charm, few American travelers realize that the towns and villages along the western half of France's rolling southern border offer a great many picturesque pleasures of their own. Ribboned with three of France's great rivers, penned in by the Pyrenees to the south, hollowed by some of the world's most remarkable caves, and -- in parts -- populated by more geese than people, the limestone Causses and green valleys of Gascony, the Dordogne and the Lot feel continents apart from the crowded beaches and high-rise hotels of their Mediterranean neighbors.

The southwest is an ancient land, where, in the ecstatic cave paintings of the Cro-Magnon man at Lascaux, Peche Merle and Les Eyzies, evidence of past epochs is literally etched into the earth. It is the France of Roman trade routes and Norman raids, the seat of Eleanor of Aquitaine, the birthplace of Good King Henry IV, and a front in the Hundred Years' War. Readers interested in a sampling of the region's storied past should pick up the Alexandre Dumas classic "The Three Musketeers" (1844), the first of the three hugely popular, serialized novels that follow the adventures of a quartet of King Louis XIII's guards.

Dumas' novel opens with D'Artagnan, arguably the most famous musketeer (though, in fact, he is not an official member of the regiment for most of the first novel), setting off from his modest home in Gascony -- with little more than an old mare and a copy of his mother's recipe for a miraculous healing balm -- and unfolds into a classic romantic quest as the swordsman and his new comrades navigate the royal court, encountering political intrigue, sword fights and various damsels. The author based the character of D'Artagnan on Charles de Batz-Castelmore, the Comte d'Artagnan, who is today memorialized as one of Gascony's proud sons by a large statue in the provincial town of Auch.

Though Gascony and the Dordogne remain far less traveled than most of southern France, their anachronistic beauties have not gone entirely unnoticed by foreigners. In the 1950s, the renowned American poet W.S. Merwin bought a ruined house in the rural province of Quercy, and has spent decades getting to know not only his neighbors but also the ghosts that hover over every town and valley in the countryside.

Indeed, given that he's published two books dedicated to southwest France in the past 15 years, Merwin has emerged as one of the most prominent English-language chroniclers of the region's people and patois. "The Lost Upland," a semi-autobiographical collection of three short stories, combines Merwin's inimitable eye for poetic natural detail with a keen attention to the quirks and constants of life in a small village. What emerges is a portrait of a place and people both blessed and burdened by the weight of history, and an exploration of what it means to be an eternal outsider. "The Mays of Ventadorn" is Merwin's meandering meditation on the superstitions and the past of his corner of France -- and, more specifically, of the lives of the troubadours that once made it their home. Drawing a wispy line to connect his own life as a poet and translator with those of the traveling bards, Merwin winds through hundreds of years of time, singing of the Moors, hawthorn trees and green walnut liquor, only to end up at the same place he started: home.

Mention France and most people immediately think of food. But even the most finicky foodies, prone to quoting the Michelin guide, will be wowed by the bounty of the southwest. In daily markets on village squares, tables of fragrant strawberries, melons, courgettes and fresh eggs are tended by tanned and creased old men in woolen sweaters and hats, who look as though they just stepped out of a tourism ad. And though the southwest remains largely agrarian and resolutely unpolished, in a delicious bit of irony, the surrounding region also remains the cradle of three of the world's most celebrated, sophisticated foodstuffs: truffles, Armagnac and foie gras (Chicagoans, book your tickets!).

For travelers interested in a primer on the local fare there are a handful of food books that make for great entertainment over an aperitif. Waverly Root's classic, "The Food of France," was written in 1958 but sounds as fresh as anything written by Jeffrey Steingarten. An expat-American newspaperman (and friend to that other great food writer A.J. Liebling), Root puts his eye for journalistic detail and sense of humor to excellent use, creating a guide to the cuisine of the country that is both exhaustive and expansive. His book is no Zagats; Root eschews listings and detailed directions in favor of hand-drawn maps and rambling culinary portraits that mix together history, farming, cooking and wine. And rather than chop the country up into tiny parcels, he organizes his survey into three discrete territories, each defined by its cooking fat -- the Domain of Lard, the Domain of Butter, and the Domain of oil.

Discussing the food of the southwest, Root writes: "This is first of all goose country." Maybe you want to try your hand at preparing one of the local goose-garnished specialties? The bible on the subject is Paula Wolfert's "The Cooking of South-West France," a 1983 blockbuster that single-handedly introduced the American audience to the complex, rustic cuisine of the region. Wolfert's book is definitely worth getting once you're back in the States and settled into your kitchen, but for travelers in search of an atmospheric introduction to the traditions and techniques of rural France, not just cups and measurements, a better place to start is Elizabeth David's "French Country Cooking." David, a Brit who brought the cuisine of the Mediterranean to the U.K. in the 1950s and 1960s, believed that the best food was simple, sincere and based on superb raw materials. Unlike the majority of today's cookbook authors, David makes her recipes read like prose poems, filled with beautiful description, but with little time spent fussing over trifling details like the precise measures of butter and flour. Often David presents variations of one recipe on a single page, showing how, like the evolving songs of Merwin's troubadours, the details of a classic dish can change with time and under different chefs.

No book list about southern France would be complete without at least one entry from the "I left my dreary life and ran away to find fulfillment and misadventure in a tiny Gallic village" canon. In keeping with the food theme is Kate Hill's cookbook-cum-memoir "A Culinary Journey in Gascony." Hill, an American who moved to Europe 20 years ago, bought a 100-year-old Dutch Tjalk barge on which she spent the past two decades cruising the continent's waterways.

Currently, however, Hill uses a dock alongside the canal de Garonne, outside of Agen, for a home base. There, she has restored a crumbling pigeonnier with a garret bedroom and rustic open kitchen, where she writes books and hosts cooking classes for guests. [Full disclosure: On my visit, I booked a class with Hill, and it was one of the highlights of my trip.] Alongside vignettes from the markets and remembrances of the friends and adventures she has encountered on the water, "A Culinary Journey" presents simple, traditional recipes for Gascon delights like lapin aux pruneaux d'Agen (rabbit with Agen prunes) and a gratin des deux peche (two peach gratin). Even better, once you're back in your dreary everyday, for a cost far less than the deed to a crumbling chateau or a cruising vessel, Hill's "bargeman's soup" is just the thing to float you back to that ageless, green land you'll surely miss.

Books France The Literary Guide To The World Travel