Almost 30 years since publishing the groundbreaking novel "Dancer From the Dance," one of America's treasured gay writers offers a beautiful new work on love and loss. 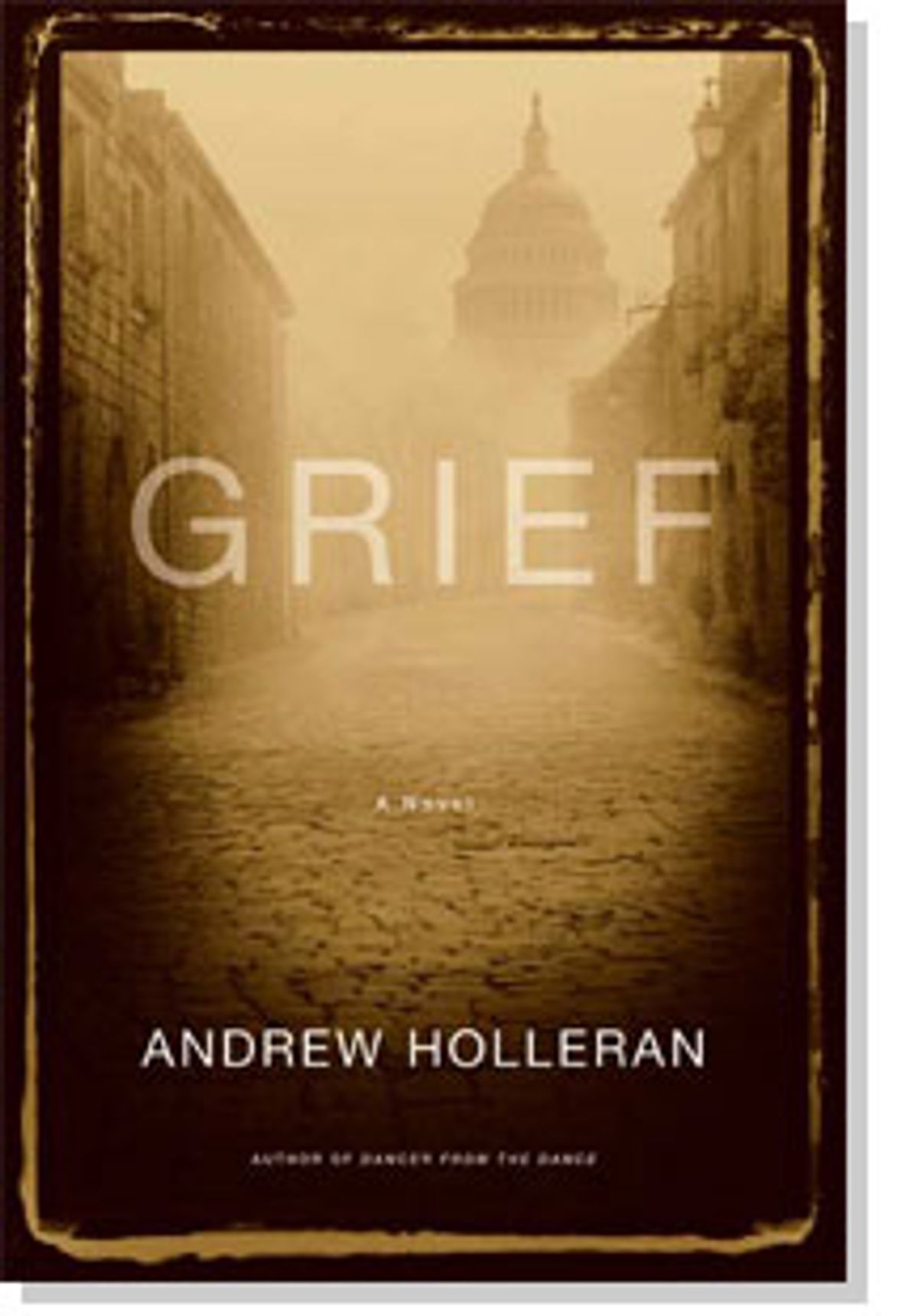 Recently, in interviews about his new novel, "Everyman," Philip Roth has been observing that, beyond a few classics like "The Magic Mountain," there's been little great fiction about disease and the shock of seeing one's friends die. That's a remarkably clueless statement coming from a writer so often (if so inexplicably) lionized for his grasp of the American scene, and now, as if it were a planned reproach, comes that rare and precious thing, a new novel by Andrew Holleran. As one of the characters in Holleran's book, "Grief," puts it, "I used to think that the eighties were like a very nice dinner party with friends, except some of them were taken out and shot while the rest of us were expected to go on eating."

Holleran, of course, belongs to a generation of gay writers who learned a great deal about disease and the death of friends and have often written powerfully about both. The narrator of "Grief" (unnamed, like the narrator of "Everyman") isn't grieving for a victim of AIDS, though, or at least not directly. He has taken a temporary job teaching literature at Georgetown University in Washington as a way to get out of the small Southern town where, after 12 years of caring for her, he has just buried his mother.

"Grief" is a strange, slim, beautiful book. Strange because it depicts an interlude in a man's life, not a period of great drama or activity. Reading it feels like sitting in a chair in a darkened room while someone in the chair next to you begins to tell you his story. The voice is calm and precise -- it doesn't hector or lean toward you in a pleading whisper -- and yet instantly and completely arresting. He's telling you about moving into a rented room at the top of an elegant row house, about walking through the city's empty streets at night, about attending free concerts in museums and about idly picking up a volume of Mary Todd Lincoln's letters and becoming obsessed with them. You never doubt for a moment that all of this is somehow significant; this voice would never tell you anything that wasn't.

Holleran's novel is a kind of extended meditation on the value of grief. Is mourning, as the narrator insists to his old friend Frank, "what you have left after someone you love dies. It's the only thing left of that person. Your love for, your missing, them. And as long as you have that, you're not alone -- you have them ... Your grief is their presence on earth." Frank will have none of this. He's the novel's great (and funny and charming) spokesman for what's commonly called "getting on with your life." When the narrator gets too melancholy, Frank, who also nursed an invalid mother, is not above murmuring, in a "strangely altered" voice, "Could you just fluff my pillow first? And get the cold cream? I find cold cream so soothing on a day like this one!"

"Grief" is also a D.C. novel, not the gritty urban storytelling associated with the D.C. of George Pelecanos, but a novel of the Mall. The vast green lawns, the marmoreal Greco-Roman architecture, the preponderance of monuments -- central Washington, D.C., resembles nothing so much as a gigantic cemetery, and that makes it the perfect place for the narrator's nighttime strolls. As he walks, he keeps an eye peeled for landmarks in the secret history of bereavement. There's the house that Henry Adams built for his young wife, who killed herself before they could move in; her husband forbade anyone to mention her name afterward, but nevertheless considered his own life to be over. Here, where the National Gallery now stands, was the train station where President Garfield was assassinated. What the narrator finds notable about this is that Abraham Lincoln's son, Robert, then secretary of war, found himself sitting at a second president's deathbed.

The mourner who dominates his ruminations, though, is Mary Todd Lincoln, who wore black and waited for death every day of her life after her husband was shot. Was she admirable, tragic, understandable -- or ridiculous? The narrator's landlord (also never named) declares she was both. "Have you ever read such an insane mixture of self-pity, melodrama, camp and real grief?" he asks of one of Mrs. Lincoln's final letters. "She rings all the chimes!"

So, while the few months this lonely, drifting man spends in Washington may seem uneventful, they are really momentous. He is deciding whether or not to be alive, whether it's worth it, whether he has it in him. You can't tell which path he'll choose until the very end, but when it comes, his choice seems inevitable. "Grief" is a short novel, but like a single note struck on a perfect silver bell, it carries far.