Our famously divided capital has produced novels about white people in power and novels about everyone else. Explore the best of both worlds with Henry Adams and George Pelecanos. 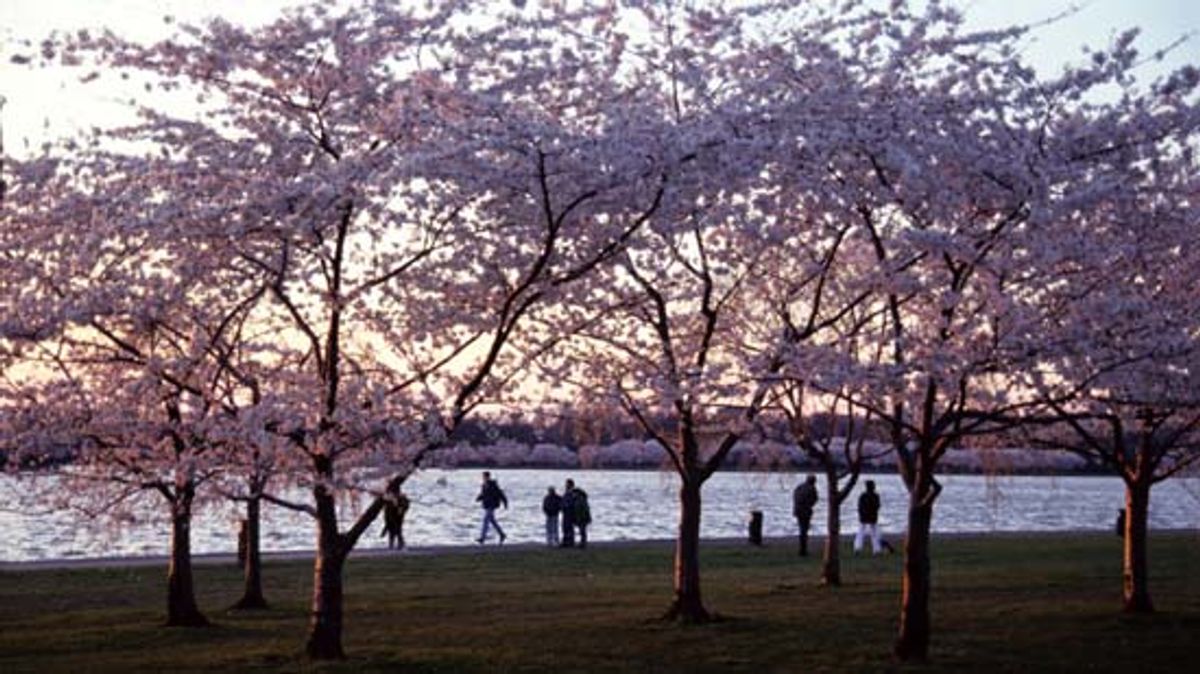 It's a commonplace to say there are two Washingtons. But D.C. isn't special in that regard. There are two of most Southern cities, so I gather. The difference is, in Washington, the white people -- at least, the white people who run things -- tend to come from someplace else. Among them, it has always been fashionable to think of Washington as a kind of hardship posting.

This colonial mentality produces two kinds of fiction. There is what's generally known as the Washington novel, about said white people. And then there's what you might call the D.C. novel, about everybody else.

Most so-called Washington novels are short on local history or geography. As a rule, the children of officialdom are taught to pretend the city isn't there. They love it, of course, the way a monkey in the zoo loves its wire-and-carpeting mom -- because it's there. But it's a doubtful, embarrassed kind of love.

Henry Adams, a Bostonian who started visiting Washington in 1850, when he was 12, records this feeling in his autobiography, "The Education of Henry Adams" (1907). He can't explain why he loves this place the grown-ups despise: "The May sunshine and shadow had something to do with it; the thickness of foliage and the heavy smells had more; the sense of atmosphere, almost new, had perhaps as much again; and the brooding indolence of a warm climate and a negro population hung in the atmosphere heavier than the catalpas."

I remember the first time I read this sentence -- I was 15, it was summer, the catalpas were stinking -- because even though I grew up in the District, and so had my father before me, I'd never read or heard anyone mention that the city had any physical charm to speak of, only that it was hot.

Adams grew up to write -- anonymously -- what is still the great Washington novel, "Democracy" (1880). The heroine, a young society widow named Madeleine Lee, falls under the spell of a powerful Illinois senator with a shady past. If you're going to read one novel about improper campaign contributions, read "Democracy." Readers who know Adams through "Education" and his histories won't recognize him here. "Democracy" is what might have happened if his friend Henry James could have survived an Inaugural Ball, or if Isabel Archer read the paper. In fact, Madeleine and Isabel share a biographical source in Adams' wife, Clover. (Many readers suspected her of writing the book.)

Washington novels haven't changed much since the second Grant administration. They all promise the same thing: to show us how influence really works. There has never been a Washington novel of ideas. These are books about careers, money and sex -- usually in that order.

"Washington, D.C." traces the rise of the handsome, amoral Clay Overbury, who is destined to be the first media president. (JFK's name is never mentioned.) As Overbury casually claws his way to the top, other thinly veiled public figures betray their wives and husbands, pimp their daughters, sleep with their siblings and sell out their best friends. Vidal's Washington is camp on the level of the Capitol Dome or the Washington Monument at cherry blossom time -- grand, absurd and disarmingly alive.

There are only a few degrees of separation between these characters and those of every other Washington novel, including "Democracy." (In fact, one of Vidal's characters claims Adams for a family friend.) As a rule, novels about the rest of white Washington don't overlap this way. They tend to the microscopic. So there are Georgetown novels (Larry McMurtry's 1982 "Cadillac Jack," William Peter Blatty's 1971 "The Exorcist"), Dupont Circle novels (Andrew Holleran's 2006 "Grief," Paul Kafka's 2001 "Dupont Circle"), Cleveland Park novels, etc. Even the Nowheresville of Friendship Heights has "Chilly Scenes of Winter" (1976) -- Ann Beattie's irresistible first novel -- which is probably more than it deserves.

Then there are the linked story collections of Edward P. Jones, "Lost in the City" (1992) and "All Aunt Hagar's Children" (2006), which stretch across a large swath of black Washington, from downtown Northeast and Southwest to Anacostia (neighborhoods gentrified or gentrifying out of existence). As far as I know, nobody has written such deep or serious short stories about growing up black in the District -- about growing up in D.C., period.

The city does have at least one great coming-of-age novel, however. "The Man Who Loved Children" (1940), by Christina Stead, gave the world Sam Pollit, his wife, Henny, and their four children -- one of the most convincingly crazy families in American fiction. By day Sam is a minor bureaucrat, a member of the seersuckered hordes employed by Roosevelt's New Deal. After hours, he's a baby-talking tyrant obsessed with eugenics and dreams of a new world order -- which will begin at home, with his kids as its future rulers. This is the Sam Pollit we get to know through the eyes of his awkward teenage daughter, Louie, who's starting to see him for the monster he is.

"The Man Who Loved Children" may be Washington's one forgotten classic -- a status slightly complicated by the fact that Stead grew up in New South Wales (and never even tried to master the local dialect: her characters talk pure Australian). And yet she nails the place, nails everything she describes. A breeze is "still brittle, not fully leaved," a summer memory fixes on "hot, washed windows of dressmakers and the tasseled curtains of a club, the dormant steps of little night bars."

One generation of writers after another rediscovers "The Man Who Loved Children," from Robert Lowell and Randall Jarrell to Jonathan Franzen. If it never stays discovered, it's only because Louie's childhood is so ridiculously miserable and true to life.

Although he too is overlooked and underrated, crime writer George Pelecanos has the advantage of being fun to read. I save him for last because he's the one novelist I know who has made it his business to chronicle the city as a whole. Over the course of 12 books, and as many murder investigations (most recently "The Night Gardener"), Pelecanos has traced the history of D.C. since World War II, when the papers first christened the city "Murder Capital."

Pelecanos takes the convention of the salt-and-pepper detectives seriously -- he gets at what it's really like, and why it's really complicated, for blacks and whites to share each other's space in the District. And his books chart the disappearance of this shared space -- to white flight, poverty, black flight and gentrification. Pelecanos writes with fetishistic attention to real-life details, as if he expected lunch counters, record shops and nightclubs to be rebuilt from his descriptions. Sometimes the main point of an interrogation seems to be getting his reader inside a favorite local bar -- back when it was still good. Sometimes his characters launch into earnest mini-lectures on the crack epidemic of the '80s, or a history of hardcore or go-go -- the way a Balzac character will launch into an outline of paper manufacture when he's supposed to be proposing marriage -- but this should only recommend Pelecanos to visitors who want to see beyond the Capitol and the Mall, who want to notice more than the heat.

Books Crime The Literary Guide To The World Travel