A soap with a life span as long as a teen romance. 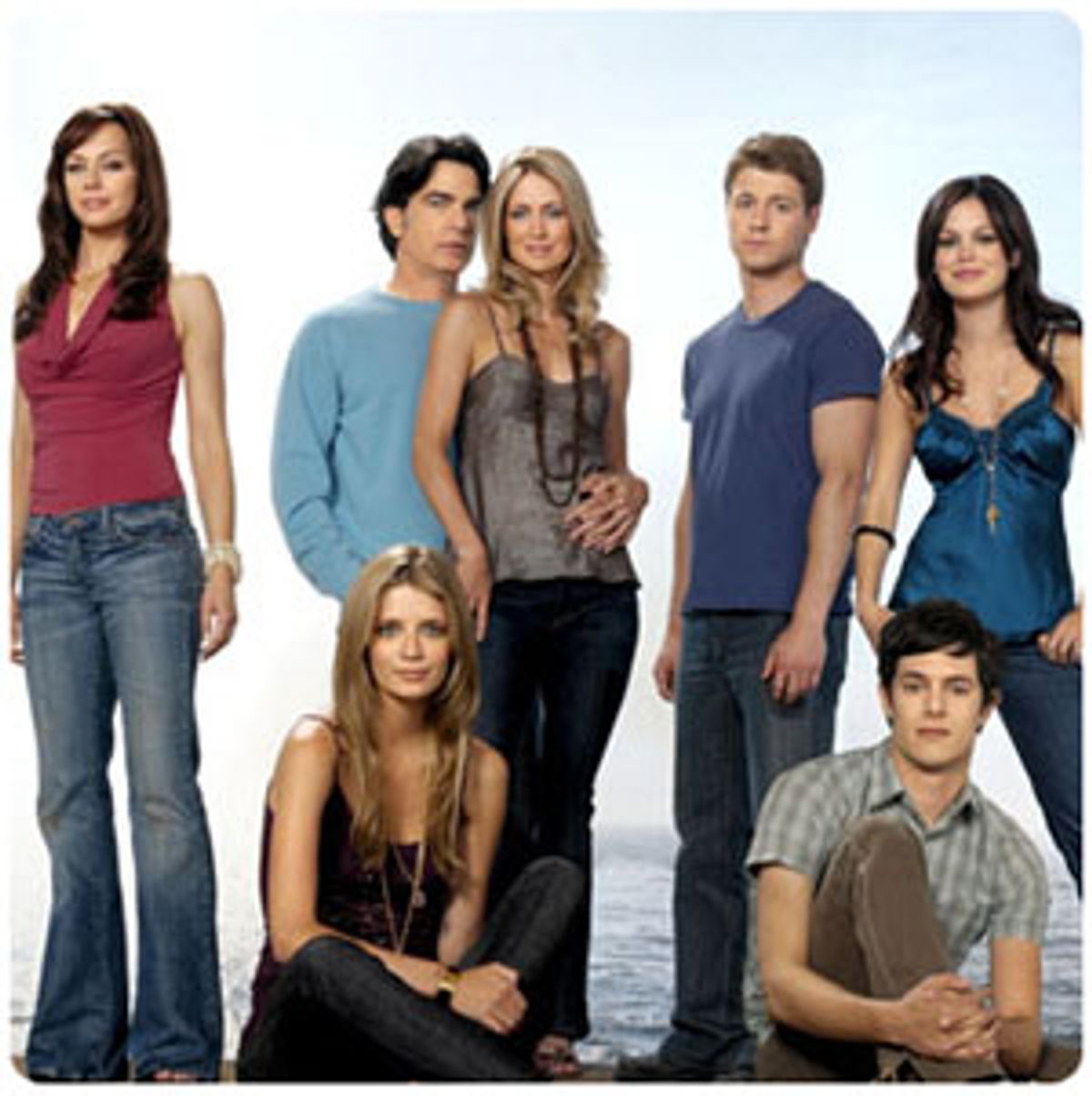 Let us remember how it all began, among the swimming pools, bonfires and charity balls of the troubled pretty people in that mythical landscape called California. It was Aug. 5, 2003. "Mission Accomplished" had been achieved on an aircraft carrier, the King of Pop still entertained at Neverland, and the New York Yankees had no idea they would drop the World Series to a Florida team named for a fish. It was a simpler time, a time of innocence and optimism. America was ready to watch teen love bloom again.

So arrived "The O.C.," Fox's homage to the WB. The star was a kid named Ryan, a blond-haired pup from the far side of the tracks who aped James Dean and flexed his biceps. His sidekick was Seth Cohen, a rich-kid nerd who drowned his sorrows in irony because he was too awkward to win over Summer, the grade-school crush. There was also Marissa, the girl next door, who had a body like Barbie, designer duds and desperation behind her eyes. Adults filled in the rest of the cast, but it was only when Ryan locked Marissa's gaze that the show sparked to life. Across the driveway, the moonlit beach or the unfinished timbers of a tract home, emo-pop anthems played.

The show worked because it drew its inspiration as much from Shakespeare and Dickens as "Beverly Hills 90210." It had teen lovers who broke the bonds of class, lithe bodies that played on the beach and an endless appetite for the hollow excesses of the tragically wealthy. But the show only worked once. After the fisticuffs and the first kisses, we were left with spoiled kids who were way too content to justify all the drama. "The O.C." quickly descended into just another Aaron Spelling set piece. In the cause of ratings, the writers drove Ryan to shack up with a string of inferior women, while Marissa dallied in one of the lamest lesbian romances ever put to tape. Seth, the nerd, got the girl, and lost his reason for being, becoming just another smartass with a thing for Spider-Man. Last season, the writers were forced to send Seth into a bout of reefer madness to get the smirk off his face. He moped about with an iPod and burned down an office with a spent roach. The classics be damned. This was the stuff of Scott Baio in "All the Kids Do It."

By the second season, the world had begun to leave the show behind. The real O.C., under the title "Laguna Beach," debuted on MTV. It was a reality show masterpiece, with better cinematography, more flesh and actual high school kids trying to live their lives like the fictional Ryan and Marissa. Fox had been one-upped at its own game, and the rules of basic cable suddenly filled California with far more sex and drama than the cuddly Cohens could ever handle. In the real tony cliff homes of the Orange County coast, the fantasy world of Ryan and Marissa had taken over completely, leaving the fictional television show behind. Reality won out by becoming faker than the fiction. California, once again, had lived up to its reputation. After just two years, "The O.C." began to look like a nostalgic artifact from the quaint past, "The Brady Bunch" with better music.

The economics of television now demand that "The O.C." continue, even though its most high-profile actress, Mischa Barton, has left to pursue leading lady roles in Hollywood. Marissa may be dead, but Seth will still be teaching the lessons of substance abuse, while Ryan wanders aimlessly though life licking his childhood wounds. A new generation of phony characters with poor plotlines waits in the wings. But what happened before will not be repeated. The magic is gone. That's the problem with a first kiss. It only happens once.

See the other shows we hate to watch.