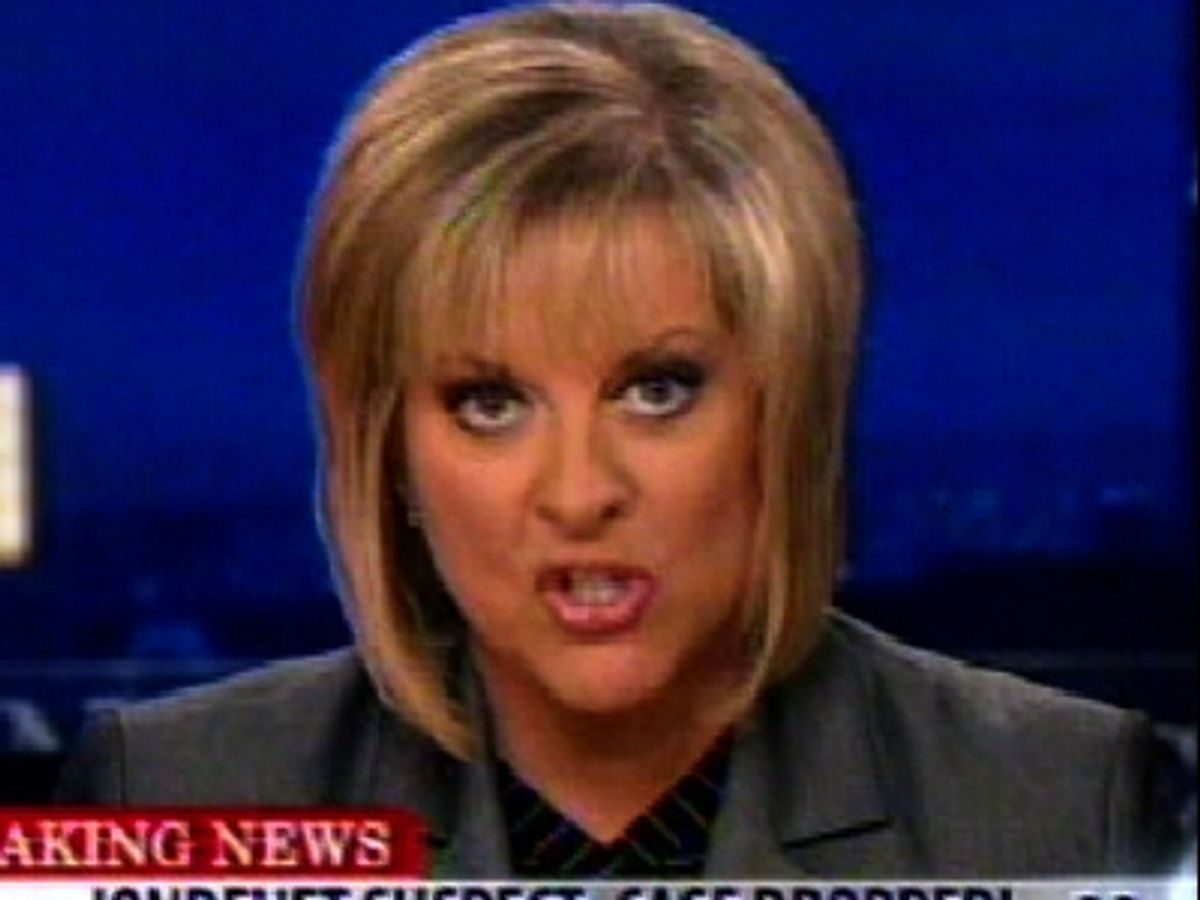 We looked forward to tuning in to Nancy Grace last night after murder charges were dropped against John Mark Karr, knowing the spectacle sure to follow. We weren't disappointed. The real "legal bombshell" of the evening wore her Talbot's finest and chewed her way through the Headline News scenery like a hyena hellbent on revenge. We were particularly impressed, though, with Nancy's refusal to stick to the simple outrageousness of the case against Karr. She went further, insisting repeatedly in her hourlong show that the bungled case could ruin any future attempts to prosecute JonBenet Ramsey's real killer -- a point not one of her guests would agree with, and only seemed fairly baffled by. But it gave her an excuse to ramp up the melodrama -- and crack her little animated whip when she had to put a guest in line.