As the two main factions of Iraq's dominant religious group descend into armed conflict, the U.S. military has already been forced to pick sides. 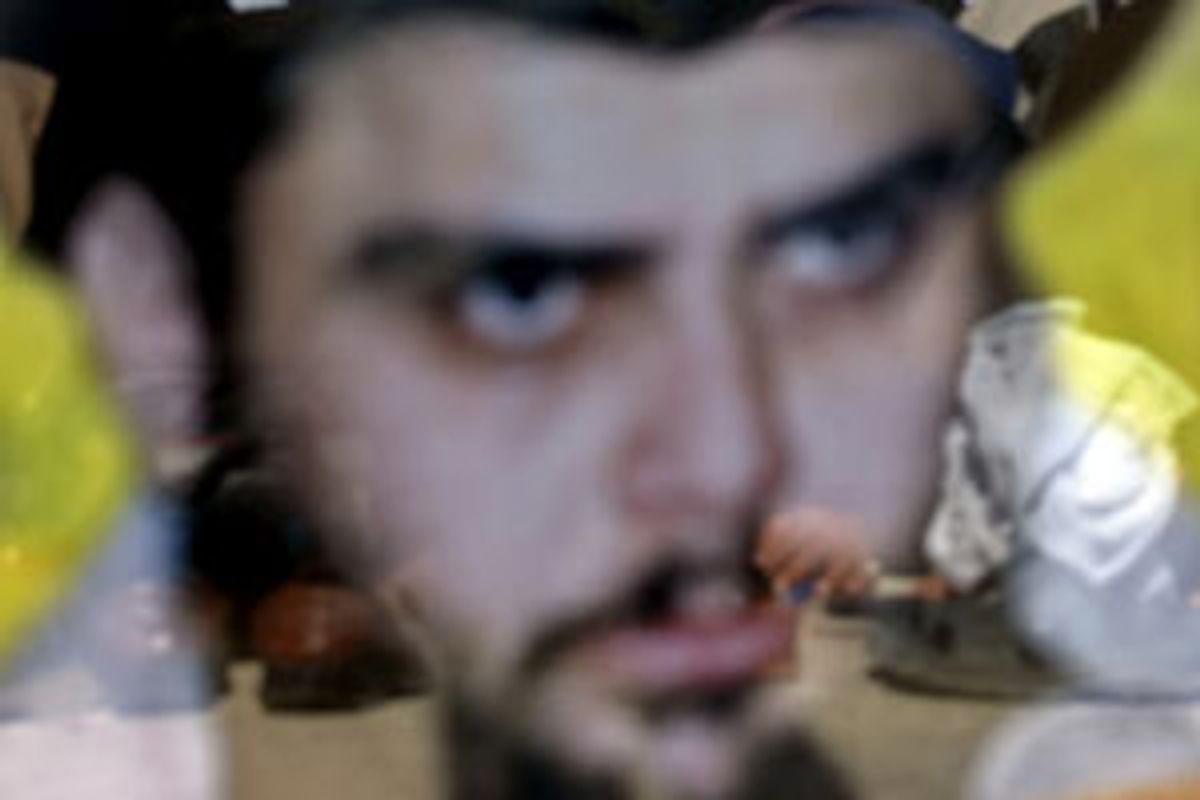 Among the best-selling jewelry items in Iraq today is a pendant consisting of a whole map of the country. It's the symbol of a national unity many Iraqis see slipping away, because now even the majority Shiites are fighting among themselves.

The ongoing ethnic cleansing and piecemeal partition of Iraq most often takes place along ethnic and sectarian lines. Kurds fight Arabs, Sunnis fight Shiites, and so on. The recent battles in Diwaniyah, Karbala and Basra, however, raise the specter of Shiite-on-Shiite violence, and on a level that may pull in coalition troops and further imperil the U.S. mission in Iraq.

The provincial elections of January 2005 brought Shiite religious parties to power in 11 of Iraq's 18 provinces. Nine of those provinces are dominated by the Supreme Council for Islamic Revolution in Iraq. SCIRI was formed in Iran in the early 1980s by Iraqi Shiite expatriates who had fled the repression of Saddam Hussein. Its paramilitary wing, the Badr Corps, was trained by the Iranian Revolutionary Guards. Its leader, Abdul Aziz al-Hakim, remains close to the hardliners in Iran, who were his generous hosts for more than two decades. He is dedicated to the creation of a huge, nine-province regional confederacy in the Shiite south, a super-province on the model of Kurdistan in the north.

But since the elections, the movement of Muqtada al-Sadr has spread like wildfire throughout the south. The appeal of the beefy, strident young Shiite cleric is mysterious to most Americans. In Iraqi terms, however, he has staked out a clear position as a champion of the poor and a nationalist. He urges that local neighborhoods organize branches of his Mahdi army for self-protection from the depredations of the Sunni guerrilla movement. He has expanded from his initial base in the vast slums of east Baghdad, which were renamed Sadr City after the U.S. invasion in honor of his sainted father, into the small towns of the southern Shiite heartland.

A conflict is therefore brewing between SCIRI, which controls the provincial governments (including that of Baghdad itself), and the Sadr movement, which increasingly represents the current thinking of the electorate. It is widely thought in Iraq that when new provincial elections are held, and they are already overdue, the Sadrists may sweep to power in the southern provinces. That would be a clear political loss for the United States. SCIRI is cosmopolitan, willing to cooperate with the United States and close to Iran. The Sadr movement is nativist, denouncing Iranian influence in Iraqi life, and it demands that the United States and other foreign troops leave on a specific timetable. SCIRI represents the great merchants, landowners and clerics of the shrine cities of Najaf and Karbala, who have dollar signs in their eyes at the prospect of the billions of dollars that the Iranian pilgrimage trade will bring in. The Sadrists represent the little people, who wonder where their next meal is coming from and who suffer from lack of fuel, electricity and services. SCIRI represents the Shiites who can afford their own generators.

But as his popularity has spread, Muqtada al-Sadr has found it difficult to maintain control over his own movement. Unlike the young clerics he appoints to run big mosques in Sadr City, the new crop of Sadrist leaders in the south have local power bases and tenuous ties to Muqtada himself. In July, a Shiite newspaper reported that Sheik Khudayyir al-Ka'bi, a senior member of the Sadr movement, had confirmed "that Muqtada al-Sadr has banned mosque imams from dealing with political issues in Friday prayer sermons in Al-Diwaniyah for a month." It is not easy to find out exactly what goes on in small-town Iraq, but it seems clear that Muqtada was losing control in Diwaniyah and was trying to rein in local preachers who had associated themselves with him but were attacking the provincial government.

In fact, it was apparently the freelance actions of these local Sadrists in Diwaniyah that sparked the worst of this summer's Shiite-on-Shiite bloodshed, an Aug. 28 street battle between the Sadrists and SCIRI that left 81 people dead. It was a skirmish that also revealed where the allegiances of the United States might lie should a wider conflict erupt, since both the United States and the proxy Iraqi army provided support to SCIRI.

A local self-styled leader of the Mahdi army was perceived by SCIRI governor Khalil Jalil Hamzah to be stockpiling arms and engaging in lawlessness. The battle between his forces and the Mahdi army broke out after he had the local leader arrested. The local Iraqi army unit, consisting largely of young rural, tribal Shiite men, came to the governor's aid and proved willing to fight the Mahdi army on behalf of the elected government. But in practical terms, this was a choice by the army to back the Supreme Council for Islamic Revolution in Iraq against a local rogue branch of the Mahdi army. When the U.S. Air Force dropped a 500-pound bomb on a Mahdi army position, it was essentially also backing the local SCIRI government. The bomb -- and direct negotiations between Muqtada al-Sadr and Hamzah in Najaf -- ended the conflict.

Coalition and U.S. troops are in danger of being sucked further into these intra-Shiite struggles. In some places, Sadrist splinter groups compete with one another to see who can be most militant in opposition to the foreign troop presence. Sheik Mahmoud Sarkhi al-Hasani leads a militant Sadrist splinter group in Karbala that has been implicated in the burning of the Iranian Consulate in Basra, as well as in attacks on British troops. The 1.200 Britons at the Abu Naji base near Amara took heavy mortar fire all summer, and their position became so vulnerable by Aug. 25 that they were forced to withdraw abruptly. Their attackers were Mahdi army or local rogue Mahdi elements. When they left the base, Mahdi army fighters looted and stripped it of nearly $300,000 worth of equipment, as a small Iraqi army unit cowered off to one corner. The British plan to turn over security duties in Maysan Province has had to be delayed as a result.

Sadly, not even the man once considered the Shiites' great peacemaker has been able to stop the violence. The decline in influence of Grand Ayatollah Ali Sistani, once a revered voice of calm and unity, underlines the fragmentation of the Shiite south. When his call to stop a Shiite-on-Shiite skirmish in mid-August went unheeded, Sistani was reportedly so discouraged that he was said to be contemplating a complete withdrawal from politics. Sistani had earlier been a key architect of Shiite unity, cobbling the various religious parties into the United Iraqi Alliance, which has more or less won both parliamentary elections. But his influence has waned as he has continued to preach social harmony and avoidance of reprisals against Sunnis, a message the Shiite masses no longer want to hear.

The military position of the United States and Britain in Iraq is already fragile. Coalition forces seem barely able to keep a lid on the Sunni Arab guerrilla movement in Ramadi, Samarra, Mosul and even Baghdad. The Pentagon admitted in its recent quarterly report that violence was up 15 percent in May through July over the previous quarter. July was the most violent month in terms of civilian fatalities since the fall of Saddam. Some 90 percent of the dead are simply found in the street - bullet in the brain, hands tied, signs of torture. For the most part such violence has been a dirty war conducted by Sunni and Shiite militias against one another. If Shiite-on-Shiite violence spreads, at a time when even Grand Ayatollah Sistani has been helpless to intervene, it is difficult to see how the American and British militaries can remain viable in Iraq.