The Virginia senator's denial spurs a former friend to come forward with memories of Allen's racial slurs: "I don't know how George can look himself in the mirror." 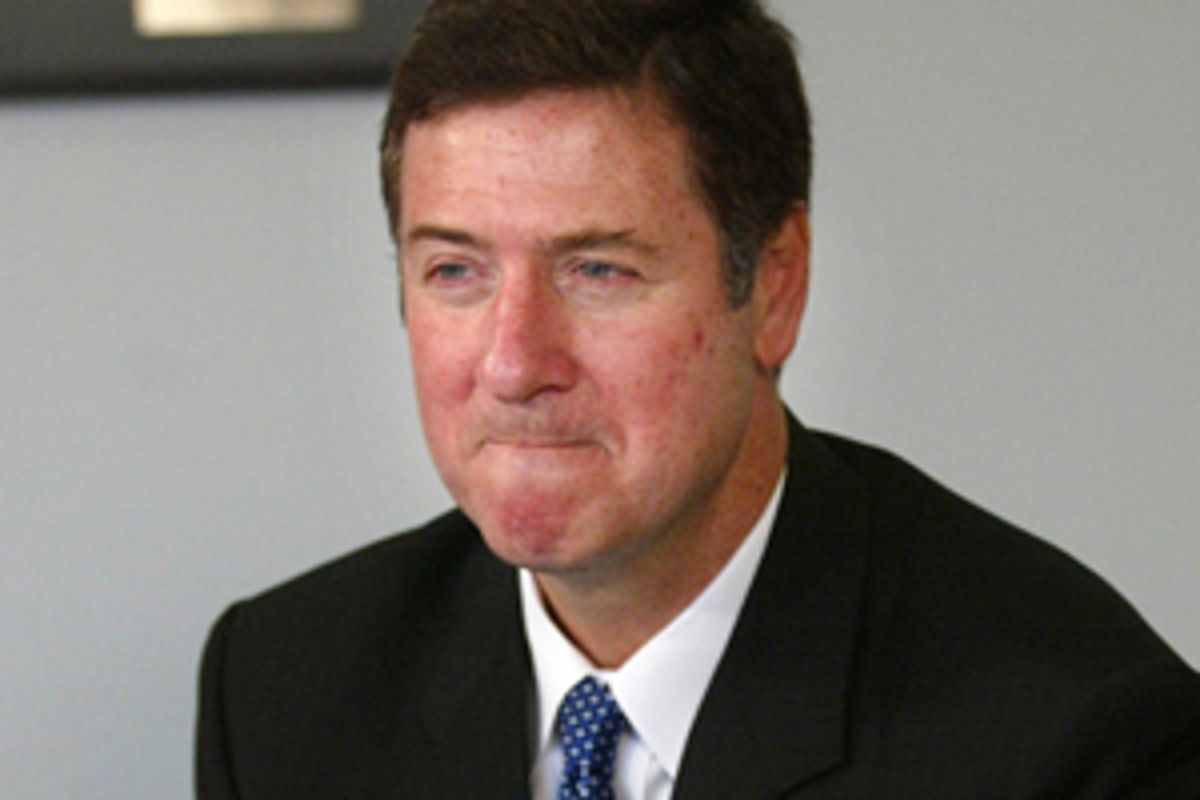 A former football teammate of Sen. George Allen decided Friday to go on the record with recollections of the Virginia Republican's alleged racist behavior during college.

Edward J. Sabornie, a special education professor at North Carolina State University, had previously spoken to Salon about Allen's behavior on the condition of anonymity, because he feared retribution from the Allen campaign. In a Salon story on Sunday, Sabornie was quoted as a "teammate" who remembered Allen using the word "nigger" to describe blacks. "It was so common with George when he was among his white friends. This is the terminology he used," Sabornie said in that article.

Sabornie said he has now decided to let his name be known because he was upset by how Allen responded this week to the Salon story. "What George said on Monday really kind of inflamed me -- that it was 'ludicrously false' that he ever used the N-word," Sabornie told Salon. "I don't know how George can look himself in the mirror after saying that."

Since Sunday, four other named acquaintances of Allen have told news organizations that they witnessed Allen using a racial epithet or demonstrating racist behavior. Allen, and his campaign staff, have denied each of the claims.

Sabornie, a registered independent who considers himself a liberal Democrat, was first contacted by Salon on Sept. 17. In the past, Sabornie said he has shown support for Allen, even writing him a congratulatory letter in 2000 after Allen was elected to the Senate.

But Sabornie said his opinion of Allen dimmed after the senator called an Indian-American student "macaca" at a recent campaign rally. "That was the catalyst," Sabornie said. "I saw the old George."

Days before being contacted by Salon, Sabornie said he had sent an unsolicited e-mail to Markos Moulitsas Zuniga, a prominent liberal blogger at DailyKos.com, describing his memories of Allen's racist behavior. Sabornie said he also has posted on the DailyKos site as a reader in 2004, criticizing the performance of President Bush.

Sabornie provided the e-mail to Salon on Friday. He was the first person to alert Salon about the involvement of Moulitsas. "I never forwarded the e-mail to anyone," said Moulitsas in a telephone interview Friday. "I didn't have a way to confirm the story." (In the preparation of the original article that included Sabornie's unattributed quotes, Salon never communicated with anyone from Daily Kos, the campaign of Allen's Democratic challenger Jim Webb or any Democratic Party entity.)

Sabornie was in Allen's class and played football with the senator at the University of Virginia between 1971 and 1973. "We were friends," said Sabornie, who played outside linebacker and tight end on the team. He said he remembers Allen also referring to blacks as "roaches," and using the word "wetback" to refer to Latinos.

Sabornie said he also recalled hearing in college about a hunting trip with Allen that was rumored to have ended with a deer head being placed in a mailbox, a claim that was first made public by teammate Ken Shelton, and confirmed in part by teammate George Beam. Until Tuesday, after the Salon article came out, Sabornie said he had not spoken to Shelton for about 30 years.

"Because I was a hunter, and my teammates knew I hunted, I heard the story," said Sabornie, who could not recall who told him. "I just remember that they cut off the doe head and stuffed it in a mailbox. I don't remember anyone saying that George went looking specifically for black families."

Sabornie also said that in 1991, he was a part of a pact between at least six other teammates and college acquaintances of Allen at a birthday party for a friend. He said the friends decided, after a night of drinking, that they would all swear not to speak ill of Allen as he campaigned for a seat in the U.S. House of Representatives. In November 1991, Allen won a special election to fill the unexpired term of Virginia Rep. D. French Slaughter, who resigned because of poor health.

Sabornie declined to publicly identify the other college friends who agreed to the alleged pact. "The people who were involved will have to come forward themselves," Sabornie said, adding that Allen was not present at the party. Sabornie said he understood the pact to only apply to that one election cycle.

Another teammate, who declined to speak on the record, confirmed that there was such a birthday party in 1991, but said that no agreement was struck among the players at that party to protect Allen.