Webb takes a turn on the hot seat

The George Allen campaign steers reporters to a source who says Jim Webb used the "N-word" and harassed blacks 40 years ago. 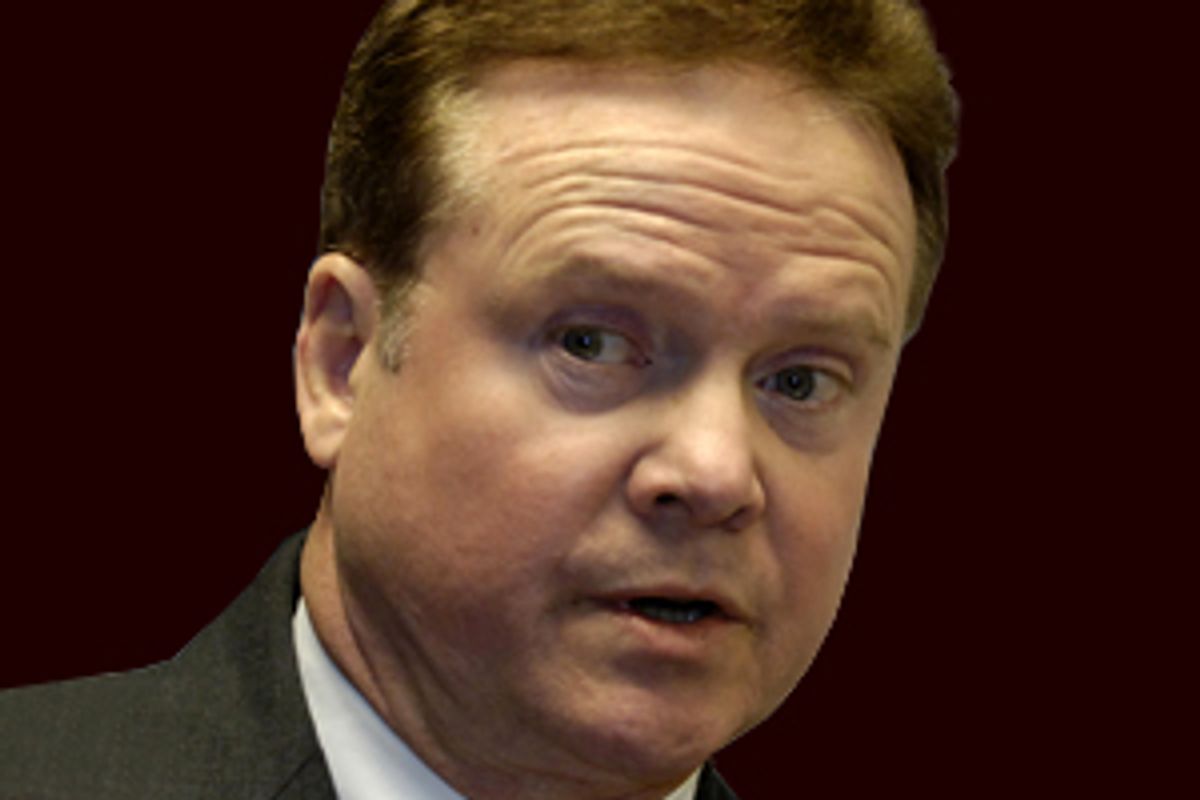 Virginia's Democratic Senate candidate, Jim Webb, fended off allegations Thursday that he admitted 23 years ago to using a racial epithet and threatening black residents of Los Angeles as a teenager, adding an unexpected twist to the charges of racism that have been building against his opponent, Sen. George Allen.

Daniel Cragg, a former acquaintance of Webb who supports Allen, says that he remembers Webb telling him in a 1983 interview about college trips to the Watts neighborhood of Los Angeles 20 years earlier, when Webb allegedly said he would harass black residents. At the time, Cragg, who said he was friendly with Webb at the time, was working on a story for a now-defunct conservative magazine, the National Vietnam Veterans Review.

Cragg said he expected to find evidence of the conversation on an audiotape of the interview, but the tape contained no such reference. "Either I turned the recorder off, or later I sat down and I deleted it," claimed Cragg, in an interview with Salon on Thursday.

Cragg insisted that he remembered Webb telling him that he would "click the trigger" of an empty rifle in the direction of the residents, and utter racial epithets. Cragg said Webb told him that on one of these trips he was beaten up by someone in Watts. "He told the story in the same context that you and I would talk about some of the dumb things we did in high school," Cragg said. "I didn't think that made him a racist. I still don't."

In a statement emailed to Salon, Webb denied Cragg's charges, saying he does remember going to Watts in the early 1960s, but only because he was fascinated by the culture there. "Perhaps it's the writer in me," Webb said in the statement. Webb admitted to being beaten up on one trip to Watts at the time.

Webb spokeswoman Jessica Smith pointed out that the Washington Post, which first reported Cragg's story, only heard about Cragg's allegations after he had contacted the Allen campaign. "Cragg's charges are absolutely false," said Smith. "And I think it is clear that he has some sort of alliance with the Allen campaign."

Cragg, who said he generally votes Republican, reported that his friendship with Webb faltered after Cragg penned a letter to the editor of the Washington Times supporting the campaign of Republican Oliver North for a U.S. Senate seat from Virginia. Webb backed the eventual victor, Democrat Chuck Robb.

Cragg said he alerted the George Allen campaign to his memories on Wednesday because he was upset by the recent claims of racism made by Allen's college teammates. Cragg said he believed that the Webb campaign was somehow responsible for the teammates coming forward.

On Sunday, Salon first reported that three former teammates of Allen remembered the Virginia Republican using a racial epithet and demonstrating racist behavior in college. Salon developed the story by calling former teammates from old University of Virginia football rosters, without any assistance from the Webb campaign or the Democratic Party. Since then, two other former acquaintances of Allen have told other news organizations that they recall hearing the Virginia senator using a racial epithet.

Unlike the claims against Allen, which involve alleged first-hand memories, Cragg did not claim to witness Webb's alleged behavior in 1963. On Thursday, Salon spoke with one other classmate and friend of Webb, who knew the candidate in 1963, when Webb was a freshman at the University of Southern California.

"He went down there more than once, kind of looking around," said Jankovic, who added that he did not accompany Webb on these trips. "He had a gun pulled on him once. And he got beat up."

In recent days, Cragg said he contacted Milton Copulos, a volunteer for the Allen campaign who is also president of the National Defense Council Foundation, a small think tank that focuses on energy and security policy. Copulos told Salon that in recent months he had spoken about Webb with Cragg. "He told me about this months ago," Copulos said about Cragg's memory of the 1983 interview.

Copulos, a Republican who previously worked with Webb on Vietnam veterans' issues, said he was unhappy with Webb's decision to run as a Democrat after years as a Republican. "When Webb decided to make this race," Copulos said, "he was betraying everyone who ever helped him along the way."