Analysts say the man who's supposed to help Republicans win seats in Congress may be at risk of losing his own seat now. 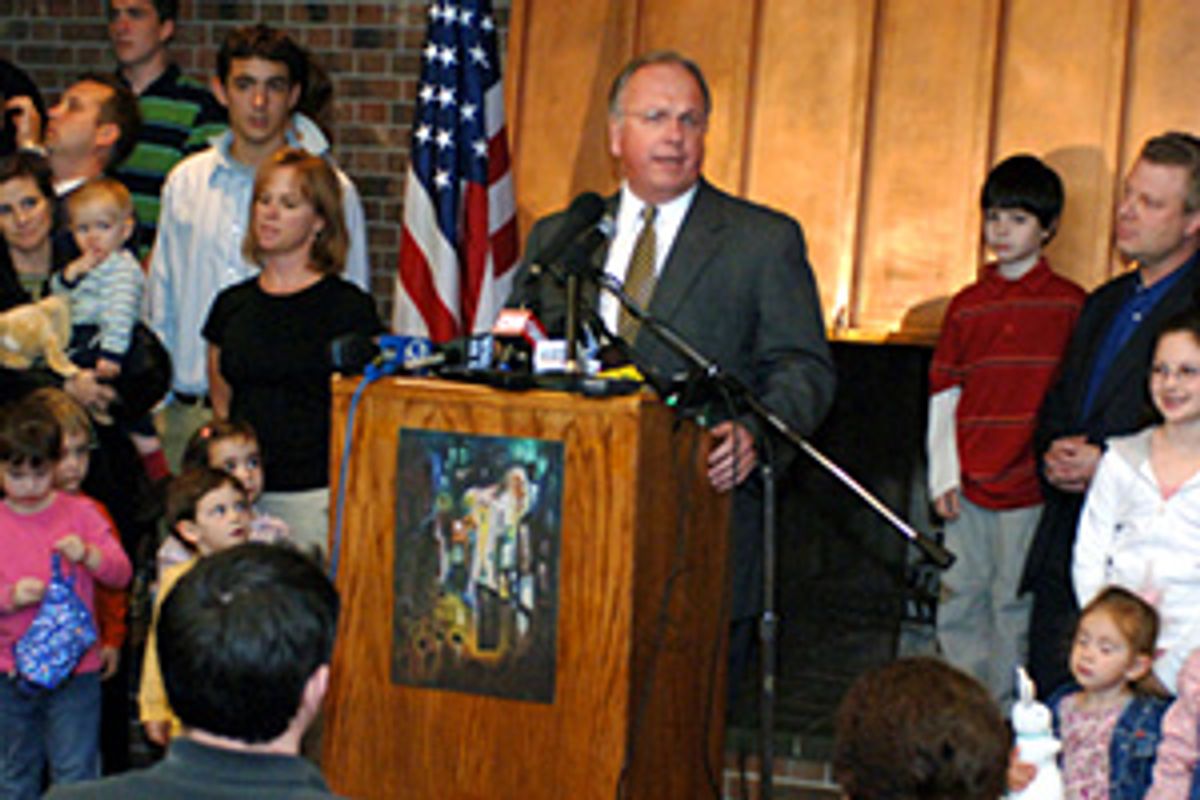 National Republican Congressional Committee chairman Tom Reynolds may think the House page scandal is all about Mark Foley. What he ought to be figuring out by now -- what he seems to be figuring out now -- is that it's also about him.

CQ Politics says this morning that Reynolds faced "a vigorous and increasingly competitive longshot challenge" from Democrat Jack Davis before the Foley case broke. Now that voters in Reynolds' New York district are learning that Reynolds learned of Foley's creepy e-mail interest in a 16-year-old page and responded only by mentioning it, in an apparently not-so-memorable way, to House Speaker Dennis Hastert, the four-term congressman is facing a steeper climb back to Washington. CQ Politics just moved his race from "Safe Republican" to "Leans Republican," a shift Dan Balz and Jim VandeHei also note in today's Washington Post.

How's Reynolds handling the pressure? John Aravosis at AMERICAblog has unearthed some clues from local news coverage of a Reynolds press conference in his district Tuesday. "I don't think I went wrong at all," Reynolds said. "I don't know what else I could have done. What's a good citizen to do?"

What a good citizen isn't to do: Use children as a human shield at the press conference where you're supposed to be discussing your involvement with a man who got his jollies by talking with teens about jacking off. As the Rochester Democrat and Chronicle reports, Reynolds took questions about the Foley case Monday "flanked by about 30 children of supporters." When a reporter had the good sense to ask Reynolds to take his press conference outside, where he could discuss the case outside the earshot of the young ones, Reynolds said: "It's astounding to me as a parent or a grandparent that anyone would insinuate that I would seek to cover up inappropriate conduct between an adult and a child."