Kirk Fordham says he asked people at the "highest levels" to "intervene" in Foley's page problems. 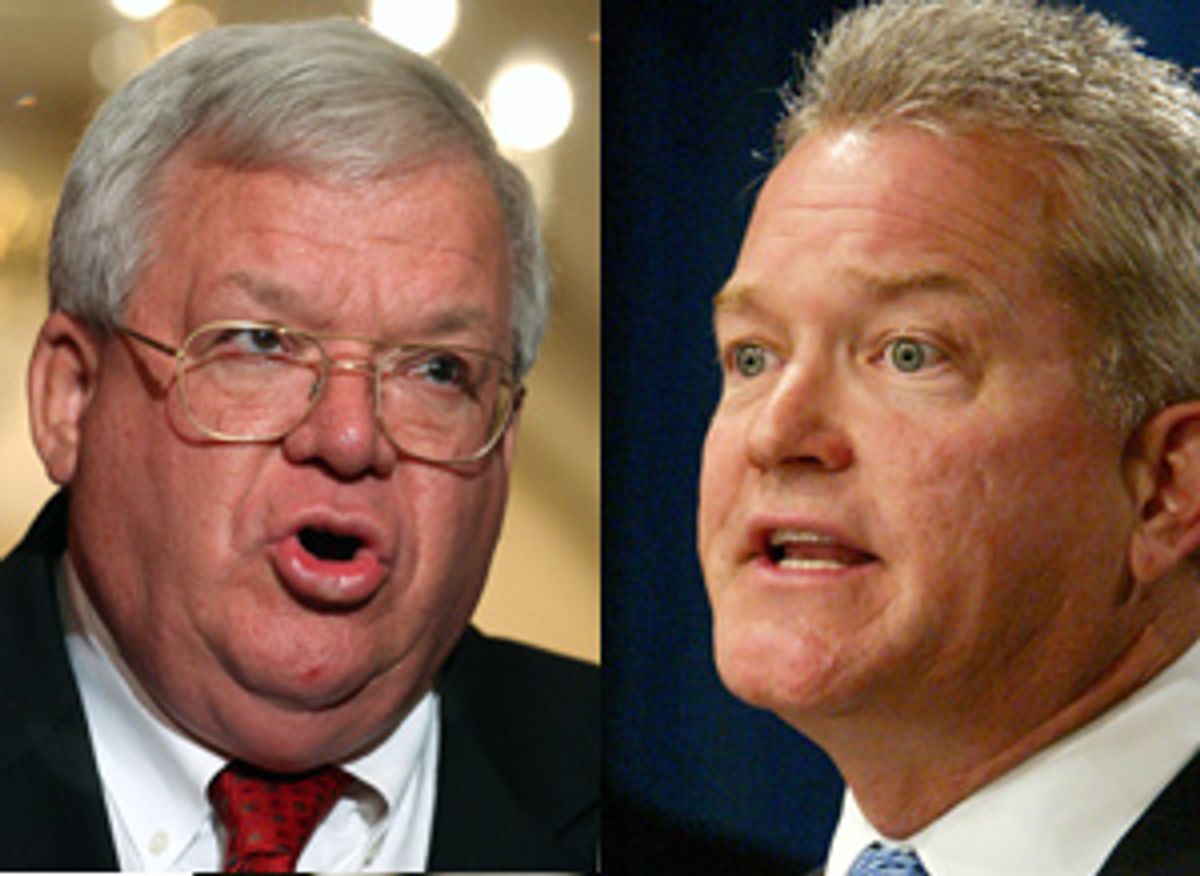 Kirk Fordham said just yesterday that he was "shellshocked" by the explicit nature of Mark Foley's IM exchanges with former pages. But after resigning earlier today as chief of staff to National Republican Congressional Committee chairman Tom Reynolds, Fordham is now telling the Associated Press (link to updated AP story is below) that he warned senior staff in House Speaker Dennis Hastert's office about Foley's problems with pages three years ago.

According to the AP, Fordham says he had "more than one conversation with senior staff at the highest level of the House of Representatives asking them to intervene." He says the conversations took place at least a year before House Republican leaders say they learned of Foley's e-mail exchange with a 16-year-old former page.

Fordham says that one of the staffers he warned about Foley continues to work for a House leader. He wouldn't identify the staffer or the leader, but he says he'll tell all to federal investigators looking into the case now that he doesn't have a member of Congress to protect anymore. In the meantime, Fordham is calling on his former House staff colleagues to come clean about what he says they've known all along. "Rather than trying to shift the blame on me, those who are employed by these House leaders should acknowledge what they know about their action or inaction in response to the information they knew about Mr. Foley prior to 2005," Fordham says.

Until now, at least, Hastert has claimed that Foleygate is an ambush by political opponents who knew about Foley's e-mail exchange with the 16-year-old former page for months but didn't go public until just weeks before the midterm elections. If Fordham's charges hold up, Hastert is going to need a new theory -- or the Republicans are going to need a new speaker.

Update: In the latest version of its report on Fordham's charges, the AP says Fordham claims to have raised warnings about Foley three, not two, years ago. A spokesman for Hastert's office has just denied Fordham's claims, telling ABC News that Fordham's warnings "never happened."