Open the closets on Capitol Hill

Silence about gay politicians is a relic of an era when gayness meant secrecy and shame. It's a disservice to gay people, to voters, and to the politicians themselves. 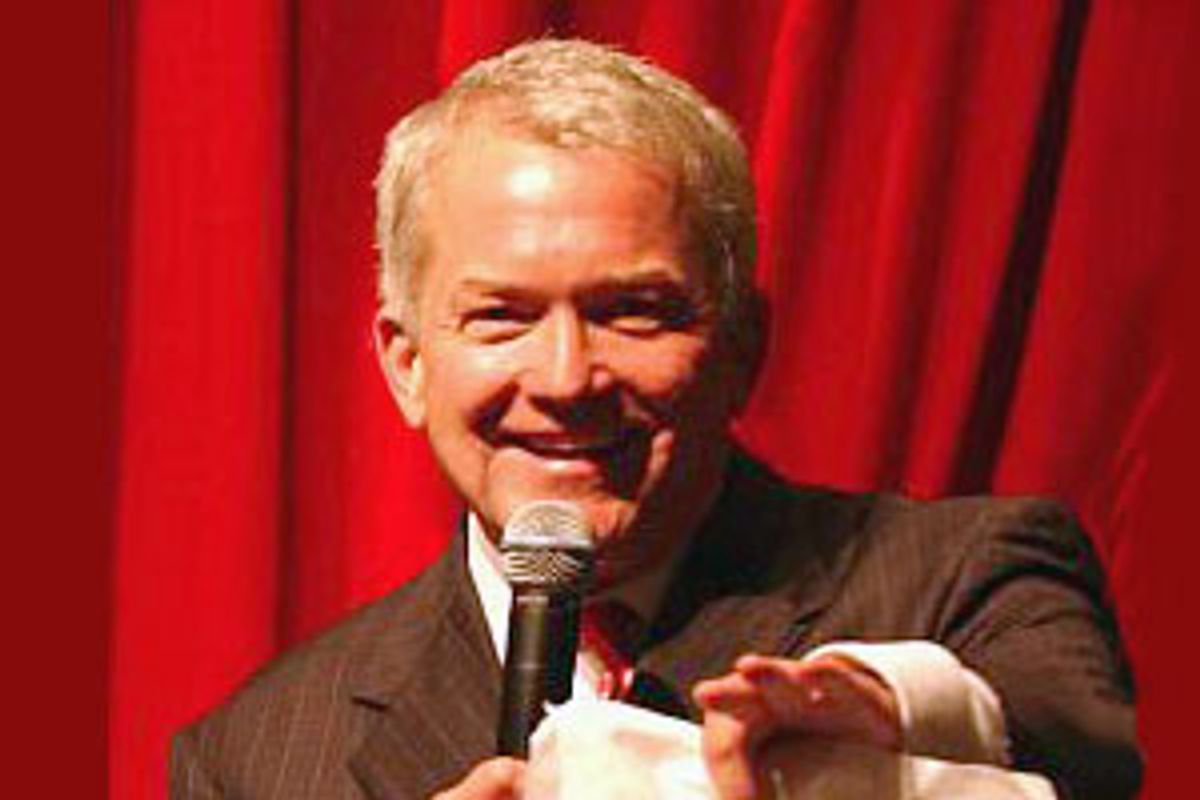 In 1960, when Gore Vidal ran for Congress, his Republican opponent tried to spread word that Vidal was a homosexual. This was not, strictly speaking, news. Vidal had written one of the first explicitly gay novels in American literature ("The City and the Pillar") and had never been at great pains to conceal his private life. But in trying to fan the flames that Vidal himself had ignited, J. Ernest Wharton ran up against a strange conundrum. The same media outlets that would have jumped all over a heterosexual scandal turned strangely mum the moment homosexuality entered the picture. For the New York Times and the Associated Press and Time magazine, this was the love that could not speak its name.

And still can't. In the swirl of controversy surrounding former Rep. Mark Foley and his overtures to congressional pages, one thing has been clear all along: Foley's offenses have nothing to do with being gay, everything to do with being a pedophile. And one thing is emerging with new clarity: The mainstream media's treatment of gay politicians is essentially unchanged from when Gore Vidal ran for office 46 years ago. This long-standing policy of nondisclosure can now safely be called a disservice -- to gay people, to voters, to the politicians themselves, to everyone. It must change.

Since Foley came to Washington in 1995, his sexuality has been, as they like to say, an open secret. For those of us working on Capitol Hill at the time (I was a Democratic communications director), it was common knowledge. And yet, outside of the alternative or gay media, you would have been hard-pressed to find a newspaper or wire service or radio or television network willing to mention it. Even during Foley's abortive 2003 U.S. Senate bid, when rumors about his private life reached such a pitch that he felt obliged to dismiss them as "revolting and unforgivable," the mainstream media refused to do what they had done so gleefully in the case of Gary Hart or Bill Clinton. By common consent, and with an almost audible sigh of relief, they eschewed the bedroom bivouac, the morning-after stakeout, the bimbo safari. They crept back into the night, like skunks at a garden party.

This bizarre reluctance to positively identify Foley as gay -- a reluctance so uniform as to qualify as a code of conduct -- has been explained away as chivalry, as delicacy, as respect for privacy. It is none of these things. It is an inherited squeamishness, the relic of an era in which homosexuality meant secrecy and shame.

That era has passed, despite the fondest wishes of some conservatives, and it is time that the American media -- and, yes, the closeted culture of official Washington -- awakened to that fact. It is time, in short, to end the hypocritical double standard that shields gay politicians from the implications (and the promise) of who they are. Let the doors open wide.

Do I mean "outing"? Yes -- within limits. I hold no brief for those hysterics on the far right who want every homosexual working in the Republican Party to be called out by name -- as a precursor, presumably, to being expunged. Nor do I think that gay congressional staffers forfeit all rights to privacy simply by virtue of their jobs. But I do believe that every man or woman who courts public office must be held to some public standard of honesty -- of coherence.

A few years ago, during consideration of the Defense of Marriage Act (which was against gay marriage), some opponents of the bill caused an uproar by threatening to publicly identify the gay members who supported it. (Foley was one. So was Arizona Republican Jim Kolbe, who is openly gay.) Behind these guerrilla tactics lay a certain implacable justice: A gay legislator who voted for anti-gay legislation deserved to be impaled on his own hypocrisy.

And yet even commentators sympathetic to gay concerns cried foul. The process of coming out, they declared, was too private, too personal, to be adjudicated by strangers. We were asked to show a little sensitivity for these trembling GOP homosexuals, freshly foaled, still finding their legs.

The answer is as dismaying as it is obvious. Some 33 years after the American Psychiatric Association removed homosexuality from its list of mental illnesses, our mainstream media persist in believing that something unnatural, something embarrassing, something other adheres to the condition of being gay. Or else -- and here I'm bending over as far backward as I can go -- they believe that equating a gay relationship with a straight relationship is simply too controversial a statement to make in the pages of a major metropolitan newspaper or over the airwaves of a major commercial network.

They are wrong. Worse, they are patronizing. An America that, by and large, accepts gay musicians, gay actors, gay authors, gay talk-show hostesses, the gay children of politicians and even the occasional gay politician can be trusted, I believe, not to blanch at the prospect of one more. And if, in fact, a candidate's sexuality proves to be a deal-breaker for voters, then let the deal be broken. Better to be shown the door than smuggled through under a cloud of pretense.

If Mark Foley had been forced from the closet, would it have prevented him from hitting on teenage pages? Likely not (unless the constituents of his Florida district had voted him out). But a little plain-spokenness might have torn some of the veil of secrecy in which he was shrouded. It might have broken House leaders of the old pernicious habit of treating a gay member's private life -- in all its aspects, licit and illicit -- as something to be shoved under a rug. And it might have allowed us to talk about Mark Foley's sexuality and Mark Foley's sexual offenses as the separate issues they really are.

A year before Gore Vidal ran for office, Allen Drury published a novel, "Advise and Consent," in which a dashing young senator, Brigham Anderson, is blackmailed for a long-ago gay affair. Anderson, in the way of most common gay characters of that era, chooses suicide over exposure, at which point the Senate majority leader (if I'm recalling the movie version correctly) announces that Anderson's shame should "die with him."

It's amazing to think that nearly a half-century later, we are all reading from the same script. Mark Foley's sexuality was considered his "shame." And until events forced their hand, the House leadership and the mainstream media were fully prepared to let it die with him. The shame is theirs. Open the closets.