Madonna will soon find out it's tough enough to be an adoptive parent without being accused of "baby buying." 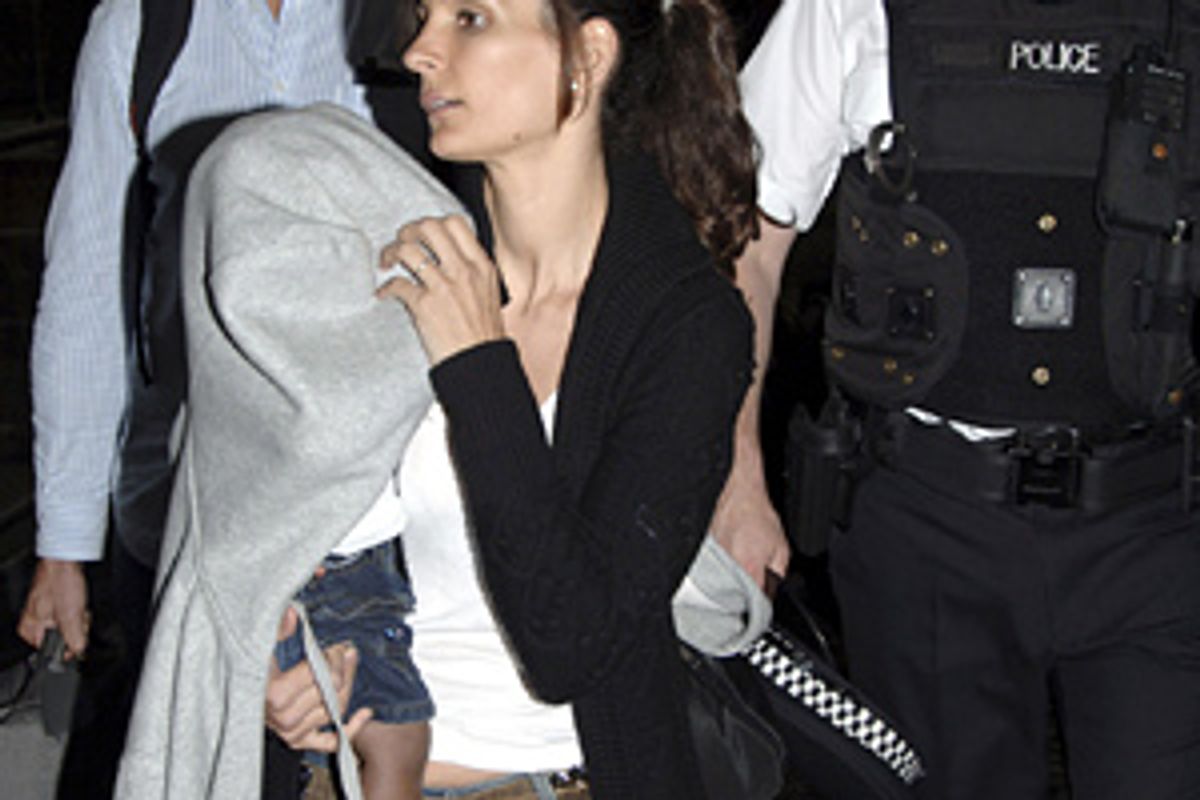 Like many an adoptive parent, I've spent the past week alternately trying to ignore the Madonna adoption saga and making sure my kids didn't hear any of it. But now that she's announced she intends to defend adoption on "Oprah" Wednesday, I can avoid her no longer. I can't help myself: I know I'm going to pick up the remote and tune into the faux English accent of international adoption's unfortunate new poster child.

What worries me, and many other adoptive parents I know, is that Madonna's mission to Malawi will scare off countries that currently allow adoption, fearing the worldwide publicity will create the perception that their children are for sale. She's given international adoption a major image problem. It's already bad enough that when you adopt overseas people think you're "skipping off to buy a baby," as I've been told, and that was before Madonna made headlines.

It's more than fair to say that there are plenty of differences between me and Madonna, but now we share something formidable in common: We both have two biological children, and we've both gone overseas to adopt. But I'm pretty sure that's it. I have a hard time picturing her sweating out the months before her adoption the way we did, spending late nights at the computer, googling agencies and scouring adoption groups for tidbits and advice.

I can't imagine she weighed the pros and cons of Guatemala vs. Vietnam, or spent hours on the telephone talking to people who'd been there. I don't see her getting nervous, wondering whether a county she'd set her heart on might change its rules, or figuring out whether it might be better to use an established agency instead of a freelance facilitator, even if it means waiting longer and paying more.

I'm not privy to her home study, which is required in Britain, just as in the United States, although no one can say how thorough and complete it was. I don't know whether she spent the night before cleaning up under the beds and worrying about dust balls. I wasn't there to determine whether she and her husband had a heart-to-heart with their social worker over the implications of adopting a child from another background.

It's not that I'm not sympathetic; I am, if warily so. If the father of the boy Madonna wants to adopt truly intended to place him in the orphanage temporarily, then she's living an adoptive parent's worst nightmare. When you're pregnant, you're bombarded with data on your baby, from sonograms to sophisticated blood tests. When you adopt, you get what information you get, and you're fortunate to find out anything about why the child was brought to the orphanage. Usually the medical history is wrong or incomplete, and you can't verify much of it anyway. You hope and pray you're doing the best thing for the child. That's why adoption is a leap of faith.

Madonna isn't just getting tried in the press this week for her attempt at adoption. On Friday, Malawi's high court will hear arguments from human rights groups contending Madonna's adoption is illegal. She may well be wrong, according to the law. But no matter who you are, and no matter the particulars of how your born-abroad kid came into your life, once you go overseas to adopt, get ready for the flak. It may not be Madonna-size in high courts or on the national news, but in smaller ways -- which feel huge when they happen to you -- it hits everyone.

Adoption is the last bastion of political incorrectness. The person behind you in the grocery store line feels free to express an opinion on the ethics of adoption, especially yours, as your adoptive child sits in the cart listening to every word. Even the best intentioned toss about terms like "real" parents and someone's "own" children vs. their adopted ones. And beware of the playground: Those with otherwise impeccable manners press on with the most personal of questions -- "Why didn't his mother keep him" -- while blithely brushing sand from a child's knee or shoving a straw into a juice box. Even Madonna will find out that adopted children are seen as consolation prizes.

Plenty of adoptive parents figure out pretty quickly that if you want to avoid problems, do a little research and avoid countries with dicey adoption histories and poorly established programs. In my family, we never considered pressing a country closed to outside adoptions for an exemption; but then again, we hadn't donated $3 million to one of them either. We did think a lot about how our child would view his adoption when he grows up. We dismissed a possible facilitator because she seemed, well, shady. As my husband pointed out, you don't want "60 Minutes" showing up at your door 15 years later, informing you that your baby broker was corrupt. Try explaining that one to a vulnerable adolescent.

Of course, we had it easier than Madonna did. We don't have those press clips to account for -- or that Google profile. The controversy burns this week on the Internet adoption boards, where posters rip her for using her wealth to circumvent the law, since Malawi doesn't allow outside adoptions. Some say the controversy reminds them of Cambodia -- the birthplace of Angelina Jolie's adopted kid -- which was shut down a few years ago after birth parents were misled into giving up their children, believing they would someday return home laden with riches.

I worry the current stream of Madonna stories will stereotype adopters as desperate would-be parents with wads of cash. Once I took my son Ben, who is from Vietnam, to the neighborhood park. He was 10 months old. A Vietnamese grandmother stood beside me at the swings, pushing her Vietnamese grandson in unison with Ben. She looked at his dark eyes and black hair, and then back at me. I thought I caught a flicker of recognition in her expression. Then she spoke. "So," she said sweetly, and with a smile, "how much did you pay for him?"

I'm expecting a lot more of this now. Already, I cringe when I hear people saying that Madonna, or any prospective adoptive parent, should give away a lump sum of money to a child's relatives instead of adopting him. Does anyone walk up to a pregnant couple and suggest they take the thousands of dollars they'll spend on the baby during his lifetime and hand it to Save the Children instead? Instead of the "Congratulations!" and "When are you due?" you hear when you're pregnant, you'll get "Where are his real parents?" and "Couldn't you have more kids of your own?"

Still, I've found that most people aren't trying to be malicious. They mean well. My adoptive-parent friends and I try to remember this when we trade anecdotes about the cashier at the local Giant supermarket who hugs our kids and says, "Honey, you are so cute. How could your mother give you up?"

I'm at a loss as to how to point out to someone, with any politeness, that adopted children aren't second best. I don't know how to tell people what it feels like to see the cover of GQ magazine tout the "impending fatherhood" of Tom Cruise when he's been a father to two adopted children for more than a decade. Or, when yet another person declares that adopted children must be lucky, how to explain that as adoptive parents, we see ourselves as the lucky ones, not the other way around.

Despite the current press firestorm around Madonna, I'm hoping this is a problem that will fix itself, eventually, and the association with celebrity will fade away as international adoption continues to become more popular and people become more comfortable seeing families with a mix of biological and adopted kids. In a perfect world, they'll look past the tint of a child's skin color or his country of origin, and the only thing they'll say is, "What a nice little boy."

In response to all the current fervor, Madonna has issued a statement. She says she aimed to help a child escape a life of hardship and poverty, which has offended plenty of people online. "It harkens back to the language of adoption from years ago, which I thought we had moved on from," one person wrote. Me? I wouldn't have talked. You don't have to explain yourself when you plan your biological family; you shouldn't have to justify your decision to adopt, and certainly not to strangers, no matter what tangles you encounter.

Mary Kane is a freelance writer in Arlington, Virginia.